Three children among 13 killed after storms sweep across Europe 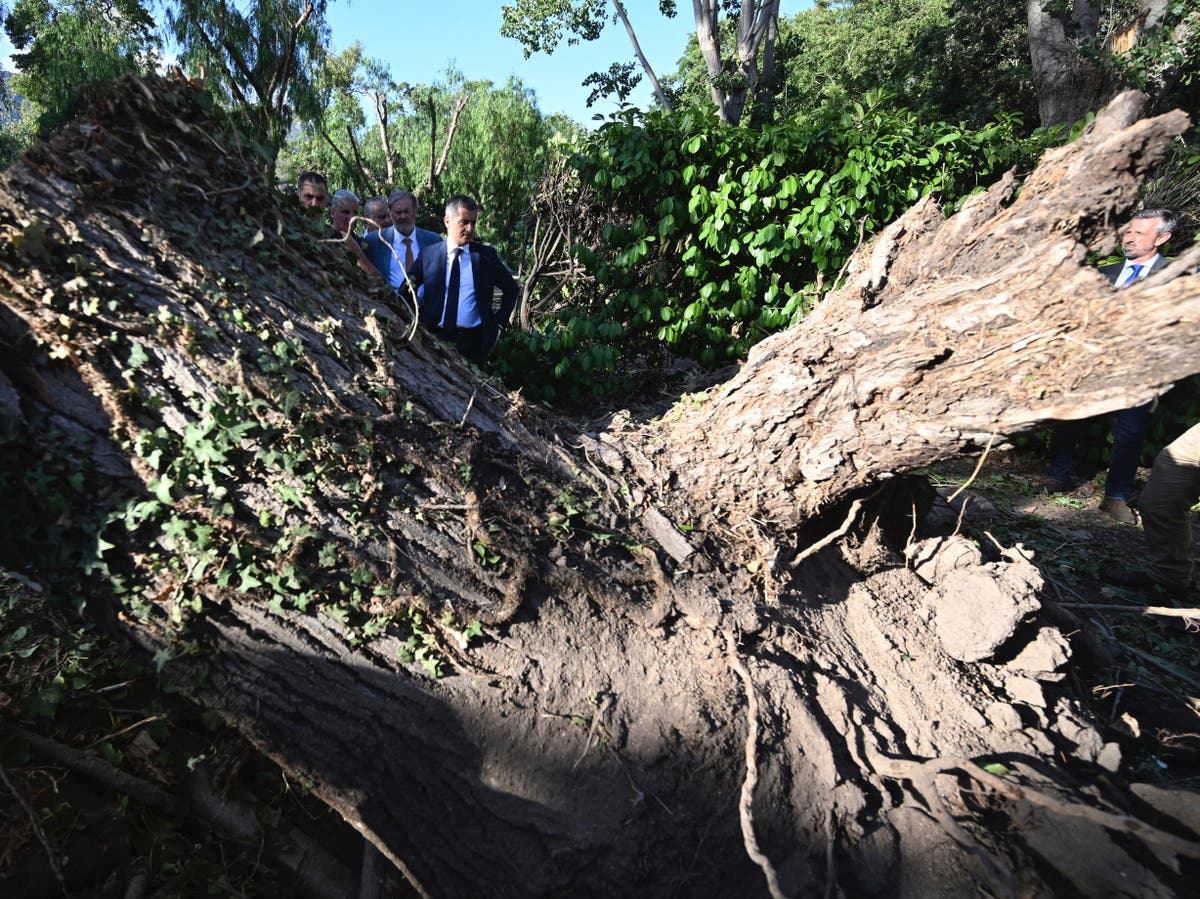 Three children are among at least 13 people who have been killed by storms which have battered parts of Europe.

Storms raged in Austria, Italy and the French island of Corsica on Thursday after much of the continent baked during weeks of heatwaves and droughts.

On Friday, during the aftermath of the storms, authorities in Germany put air rescue services on high alert and warned of heavy rainfall in the south of the country.

It comes after two girls – aged four and eight – were killed by a falling tree near a lake in Carinthia, southern Austria.

Three women were also killed by a falling tree that had been struck by lightning in the town of Gaming, in the Lower Austria province.

Hannes Primus, the mayor of the nearby town of Wolfsberg, said the storm left the area looking “like a battlefield”.

Video shared online shows electricity pylons doubled over after being bent out of shape by the storm.

On the Mediterranean island of Corsica, five people – including a 13-year-old girl – were killed.

The teenager was killed by a falling tree at a campsite while winds of 140mph uprooted trees and damaged mobile homes.

The other four people were a 46-year-old man who died in a similar incident, a woman in her 70s who was killed when her car was hit by a beach hut’s roof that was pulled off by the storm, and a 62-year-old fisherman and a 60-year-old female kayaker who both died out at sea.

French interior minister Gerald Darmanin, who arrived in Corsica on Thursday, said 20 people had been injured – four of them seriously.

Witnesses to the storms said they had been completely unexpected and no warning was given.

“We have never seen such huge storms as this, you would think it was a tropical storm,” Cedric Boell, manager of the restaurant Les Gones Corses in northern Corsica, who saw two pleasure boats being hurled on to nearby rocks, told Reuters news agency.

Almost 13,000 people were evacuated from several campsites on Thursday evening and sheltered in public buildings, ahead of more expected damage.

But authorities said on Friday morning that the night had passed without any major incidents.

On the French mainland, some southern areas were hit by power cuts and streets were flooded in Marseille.

In Italy, a man and a woman were killed by falling trees in separate incidents in the Tuscany region.

Tuscan leader Eugenio Giani posted a video of a ferris wheel spinning out of control in high winds in the town of Piombino.

Mr Giani also tweeted photos of huge hailstones that were sent to him by residents, and said that thousands of people in the region had been left without electricity amid the storm.

In Venice, high winds were so strong that they blew cafe umbrellas across St Mark’s Square and dislodged brickwork from the bell tower of the St Mark’s Basilica cathedral.

Additional reporting by Reuters and AP.