TIFF 22: The 20 buzziest films coming to the Toronto film fest 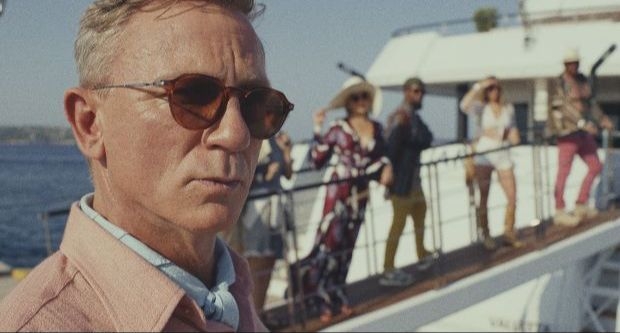 Traditionally, the annual celebration of cinema has been a mix of glitzy red carpet premieres and prestige pictures with awards season ambition — and this year’s event will mark a return to form after scaled-down festivals in 2020 and 2021. The line-up, which boasts more than 200 features, opens Thursday night with The Swimmers.

“The films that will turn up in your local movie theatres or your streaming service later on — many of those will start their lives at our festival,” TIFF CEO Cameron Bailey said. “The reason we’ve become such a big festival is because the audience really matters here. It’s not just for people who are in the know.”

TIFF has a proven track record of debuting films that go on to become eventual Oscar players with all but three of the Best Picture winners since 2005, screening first in Canada at TIFF. Its coveted People’s Choice winner almost always goes on to become a big player during awards season.

With more than 200 films screening at this year’s edition, which runs Sept. 8 to 18, here are 19 titles (and one onstage conversation) we think people will be talking about after they exit a darkened theatre over the next 10 days.

The darkly comic fable reunites In Bruges stars Colin Farrell and Brendan Gleeson for a story about a petty feud between longtime pals.

A cynical podcaster navigates dating life in New York City. The history of being one of Hollywood’s first mainstream queer rom-coms is thrilling, star and co-writer Billy Eichner says. “It really is a monumental moment.”

Two outsiders (Olivia Colman and Michael Ward) in 1980s England find an escape at the movies in this powerful ode to the magic of cinema. Sam Mendes (American Beauty, Skyfall, Spectre, 1917) directs.

Steven Spielberg makes his TIFF debut with a semi-autobiographical drama starring Gabriel LaBelle as Sammy Fabelman, a young aspiring filmmaker based on the Oscar-winning director himself.

Detective Benoit Blanc (Daniel Craig) travels to a private Greek island to solve a brand-new mystery involving a tech billionaire (Edward Norton) and an eccentric cast of characters. “Blanc gets an invitation to come to this murder mystery on this island,” Craig says. “We’re very much meeting these people and getting into this world through his eyes.”

Peter Farrelly’s follow-up to his Oscar-winning Green Book tells the true story of a merchant seaman (played by Zac Efron) who accepted a bet to personally deliver cans of beer to his neighbourhood buddies fighting in the Vietnam war.

Squid Game star Lee Jung-jae makes his directorial debut with this thriller, in which he plays an intelligence chief who uncovers a plot to assassinate the president of South Korea while hunting for a mole within his own agency.

Grammy winner Swift discusses filmmaking and the visual aspects of her music following the first-ever screening of All Too Well: The Short Film on 35mm.

Director Brett Morgen celebrates the immortality of David Bowie in this portrait that weaves together rare live footage and candid interviews.

The decades-spanning story centres on Harry Styles’ Tom, a closeted copper who’s in the midst of a love triangle with a teacher (Emma Corrin) and a museum curator (David Dawson) in 1950s Britain. The ensemble cast will be feted with TIFF’s 2022 Tribute Award for Performance.

Jordan Peele will be on hand for a Q&A following a special screening of this summer’s most puzzling horror. “NOPE, like all of Jordan Peele’s brilliant films, invites and rewards repeat viewings,” says Bailey.

Produced by Oprah Winfrey, this revealing doc examines the legacy of Sidney Poitier and his work as an actor, filmmaker and activist in Hollywood and the Civil Rights Movement.

Director Florian Zeller follows up his Oscar-winning The Father with a story about a family struggling to support a teenager suffering from severe depression. Stars Hugh Jackman, Vanessa Kirby, Zen McGrath, Laura Dern and Anthony Hopkins.

TIFF’s opening film follows the real-life journey of two young sisters who journeyed from war-torn Syria to the 2016 Rio Olympics.

This year’s Palme d’Or winner follows a group of survivors after a yacht for the super-rich sinks.

Daniel Radcliffe dons “Weird Al” Yankovic’s Hawaiian shirt and plays the accordion in this real-life story of the music legend. “It was one of the most fun jobs I’ve ever had in my life,” Radcliffe says.

Brendan Fraser broke down in tears after receiving a six-minute standing ovation at the Venice Film Fest this week. In the Darren Aronofsky drama, Fraser plays Charlie, a 600-pound man who is struggling to reconnect with his 17-year-old daughter (Stranger Things breakout Sadie Sink).