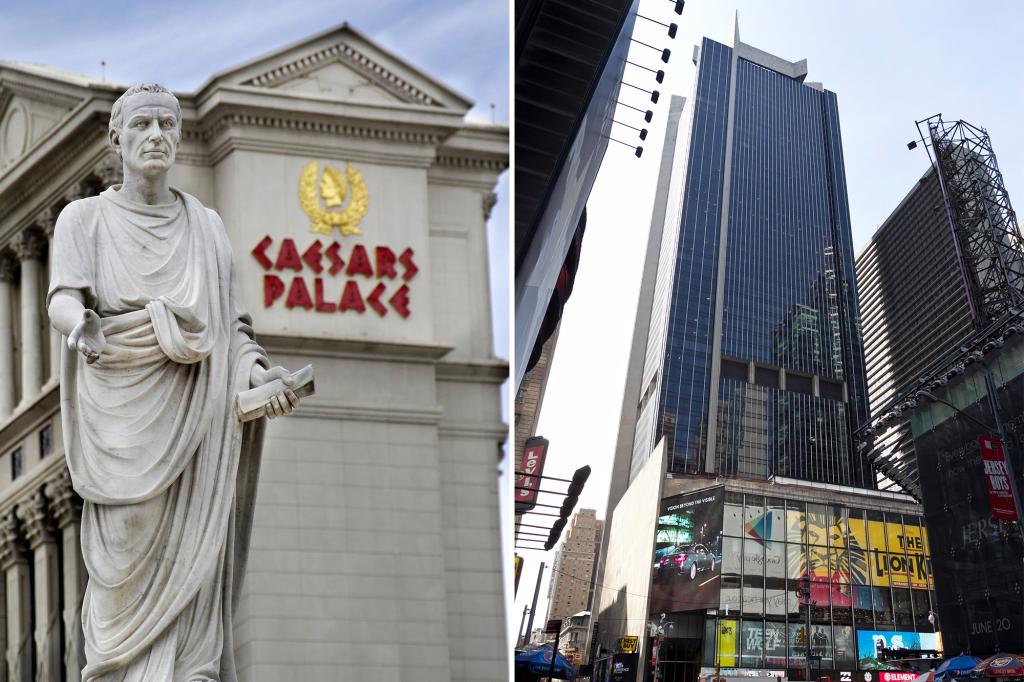 The Broadway League doubled down on its opposition to a proposal for a casino at a Times Square office building, threatening a prolonged war between the politically potent theater organization and the city’s largest commercial landlord.

The League, which represents theater owners and producers in major US cities, called the preliminary proposal by SL Green and Caesars Entertainment to put a casino inside its 1515 Broadway office tower “an unprecedented and dangerous experiment” in a letter to its members Tuesday morning.

It was the League’s strongest anti-casino rhetoric yet. It previously said only that a Times Square casino would “overwhelm the already densely congested area” and threaten the theater industry’s vitality.

The League’s latest attack warned that a Times Square casino would bring “economic and social disruption,” drain customers from neighborhood restaurants and increase congestion without bringing economic benefits to the area.

The letter penned by League president Charlotte St. Martin said casinos “do all they can to keep visitors  in the casino, gambling,” without spreading the wealth to nearby businesses.

It termed as “cause for alarm” that Times Square visitors’ “limited budgets would be cannibalized by casino gambling” even as Broadway struggles back from the pandemic.

SL Green and Caesars said earlier that casino revenue would pay for enhanced Times Square security and that an upscale casino would help to prevent the bright-lights district from sliding back into its bad-old-days era of crime and blight.

However, no details of the plan have been revealed. They can’t spell them out until the state issues a formal proposal this month for companies wanting to launch a full-scale casino in the city, one of three that Gov. Kathy Hochul has authorized for the entire state.

A state siting committee is to choose one location in the Big Apple in 2023. Related Companies and Wynn Resorts also plan to pitch a casino at Hudson Yards and several other companies are in the hunt as well.

An SL Green spokesperson said, “While we respect the League, they are misinformed about the details of our proposal and don’t represent the entire Times Square neighborhood or Broadway community.”