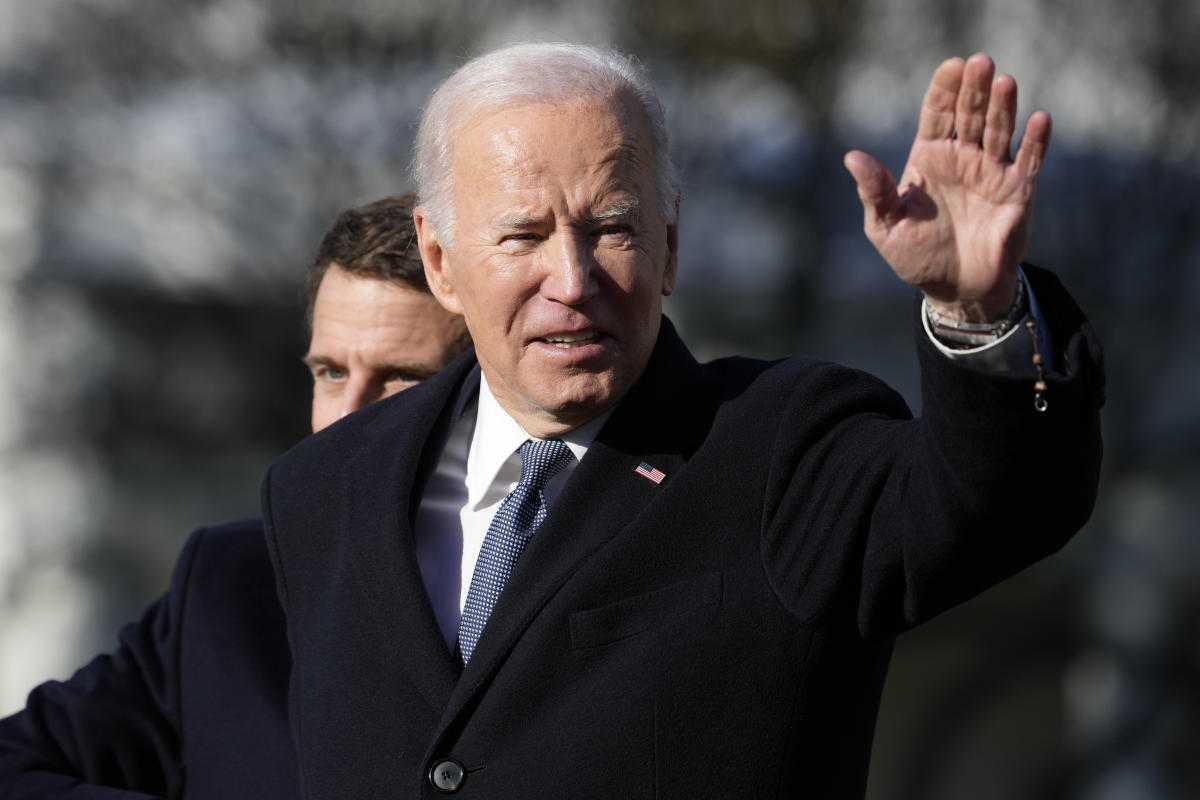 Days before polls close on Tuesday, Biden still has no plans to visit Georgia. Instead he’ll aim to help Sen. Raphael Warnock’s reelection campaign from afar with appearances Friday at a Boston phone bank and fundraiser.

They mark the culmination of Biden’s support-from-a-distance strategy that he employed throughout the midterms and that his aides credit with helping his party beat expectations in key races.

Biden was set to join a phone bank run by the International Brotherhood of Electrical Workers helping Warnock’s campaign, before appearing at a fundraiser for the Democratic Senatorial Campaign Committee, which has spent millions to boost Warnock’s campaign over Republican Herschel Walker.

Aides said the Boston trip was requested by Warnock’s campaign, and that Biden obliged, reflecting his promise to go wherever Democratic candidates wanted him in 2022.

“The President is willing to help Senator Warnock any way he can, however the senator wants him to get involved,” White House press secretary Karine Jean-Pierre said this week. As often as not, that also meant not going where he was not wanted.

Ahead of the Nov. 8 midterms, Biden avoided wading into key Senate races in states like Georgia, Arizona and New Hampshire, where his approval ratings have trailed below his numbers nationally.

A fifty-year veteran of Washington, Biden recognized that statewide candidates especially would seek to stake out a distinct identity for voters frustrated by politics in Washington, his aides said. Meanwhile, he proved to be a boon to the candidacy of Sen.-elect John Fetterman in Pennsylvania and his appearances with more than a dozen House candidates helped Democrats keep Republicans to the narrowest of majorities in the upcoming Congress.

While he wasn’t in those states in person, White House aides said, Biden was talking about the issues that were relevant in those races from afar — from bringing down healthcare costs to combating efforts to undermine election results.

“It didn’t matter where the president went; his message very much resonated,” Jean-Pierre said, adding that Biden talked about the Democrats’ legislative achievements. “And that worked. Right? That worked.”

Warnock, throughout the campaign, has distanced himself from Biden. That’s a stark contrast to the runoff campaign after the 2020 election when Biden, as president-elect, came to the state with the Senate balance at stake and told Georgia voters they’d determine the success of his administration and agenda.

His aides have explained that Warnock knew from the time of his January 2021 runoff victory that he’d win reelection in a midterm only by attracting votes from Georgians inclined to back Republicans — and that was before generationally high inflation soared and Biden’s approval ratings tanked.

With Biden’s popularity having sagged in Georgia, Warnock framed himself as a bipartisan deal-maker in Washington. In his campaign speeches he mentions Sens. Ted Cruz of Texas and Marco Rubio of Florida and various measures he’s co-sponsored with those Republicans colleagues more than he mentions Biden or Senate Majority Leader Chuck Schumer. And when he does mention Biden, it’s to tell voters how much he pressured the president to follow through on his promise to ease student loan burdens.

Warnock has consistently avoided answering whether he believes Biden should run again in 2024 and whether he’d support the president if he does seek a second term.

Even as the senator welcomed former President Barack Obama to Georgia for a second time this campaign cycle on Thursday, Warnock’s campaign this week deferred questions about Biden’s fundraiser to the Democrats’ Senate campaign arm.

Thus far, Warnock’s approach has paid off. He was the lone Georgia Democrat who survived to runoff, as Walker trailed all of his fellow Republicans, most notably drawing 200,000 fewer votes than Gov. Brian Kemp, who cruised to reelection.

Warnock consistently ran ahead of Biden’s 2020 percentages in urban and suburban counties and some rural areas, as well.

While Democrats have already locked in control of the Senate for another two years, thanks to Vice President Kamala Harris’ tie-breaking vote, a true majority of 51 seats would speed up the confirmation process for Bidens’ nominees and provide a cushion for the president should any lawmakers buck the party line.

“It’s always better with 51, because we’re in a situation where you don’t have to have an even makeup of the committees,” Biden told reporters last month. “And so that’s why it’s important, mostly. But it’s just simply better. The bigger the numbers, the better.”

While in Boston, Biden also will greet the UK’s Prince and Princess of Wales, William and Kate, who are in town for the awarding of the Earthshot Prize, a global competition aimed at tackling climate change.

World Cup 2022: Back-to-back humiliation for Germany – and the recriminations will linger | World News