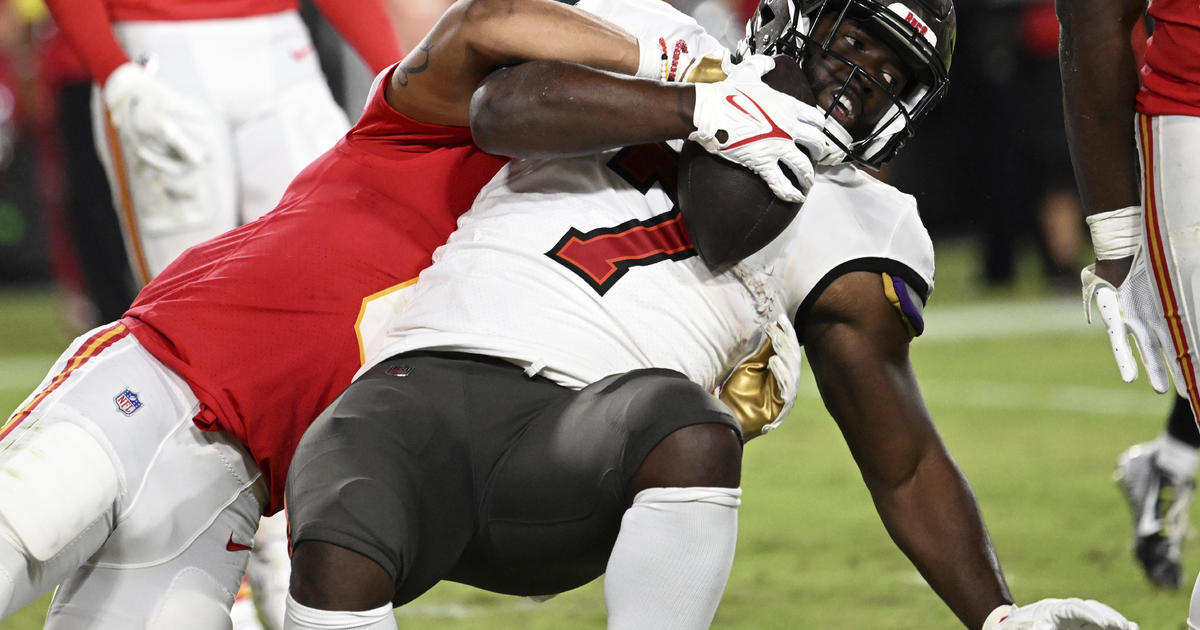 TAMPA, Fla. – Buccaneers are searching for answers to game struggles, there was nothing wrong with Tampa Bay’s passing attack that the return of some of Tom Brady’s top playmakers didn’t fix.

The seven-time Super Bowl champion threw for 385 yards and three touchdowns without an interception in Sunday night’s 41-31 loss to the Kansas City Chiefs. However, that doesn’t mean the Buccaneers’ offense is running smoothly.

Against the Chiefs, in fact, the Bucs barely ran. Didn’t even try much after fumbling the opening kickoff and falling behind 7-0 less than a minute into the game.

Patrick Mahomes completed 23 of 37 passes for 249 yards and three TDs, but Kansas City also made things easier for him by rushing for 189 yards on 37 attempts.

Brady, on the other hand, attempted a season-high 52 passes but got virtually no help from a ground game that produced just 3 yards on six carries.

The 45-year-old quarterback was at a loss to explain what became of the rushing attack the past two weeks in back-to-back losses to Green Bay and Kansas City.

“Obviously, we’re not going to throw it all the time. I mean, we have plenty of good, capable runners and a line that does a great job in the run game,” Brady added. “We just haven’t kind of found our rhythm there yet.”
The Bucs (2-2) opened the season with wins at Dallas and New Orleans, primarily because of a stingy defense that was allowing a league-low nine points per game before Sunday night and a productive running attack that eased some of the burden on Brady to carry the offense.

The Bucs had 34 yards rushing on 14 attempts against the Packers, leading coach Todd Bowles to declare afterward that the team had to do a better job of spreading carries among Leonard Fournette and seldom-used backups Rachaad White and Ke’Shawn Vaughn.

Evans (eight receptions, 103 yards, two TDs), Godwin (seven catches, 59 yards) and Jones (one reception, 7 yards) all returned Sunday night, although the Bucs did not plan to throw the ball anywhere near as much as they did.

“The last two weeks I know we didn’t run it well, but we had every intention to (Sunday night). We got behind early and it didn’t happen,” Bowles said.

“The encouragement is that it’s one loss, and we’re 2-2,” Bowles added, “and we get to play again next week.”

With Evans, Godwin and Jones back in the lineup, the passing game finally showed signs of life. Brady targeted Evans 10 times, completing eight. Godwin caught seven of 10 passes thrown his way, and Jones was targeted twice with one catch.

While he lost fumble on a kickoff return and averaged 2 yards per carry on his three rushing attempts, White displayed some of his potential value to the passing game with five receptions for 50 yards.

The defense had its worst game of the season, yielding 417 yards of total offense and allowing the Chiefs to convert 70.6% (12 of 17) of their third downs. The Bucs turned the ball over twice, and Mahomes turned both miscues into touchdowns.

“Everything in this game fell on the defensive side of the ball,” Bowles said.

Tight end Cameron Brate finished the game in the concussion protocol. He was allowed to continue playing despite being shaken up in a collision with a teammate shortly before halftime. Bowles said Brate complained of shoulder discomfort and was checked out three times before being allowed to re-enter the game. The coach said Brate began experiencing concussion symptoms at halftime and was held out from there.

Zero. Bowles and players said being displaced by Hurricane Ian and practicing in Miami last week did not have an adverse affect on preparing to face the Chiefs. “We just lost the game,” the coach said.

Liz Truss speech: Many Tory MPs think she will be gone soon, and so will their seats – Alexander Brown

The best ski resorts in Vermont, according to Conde Nast…