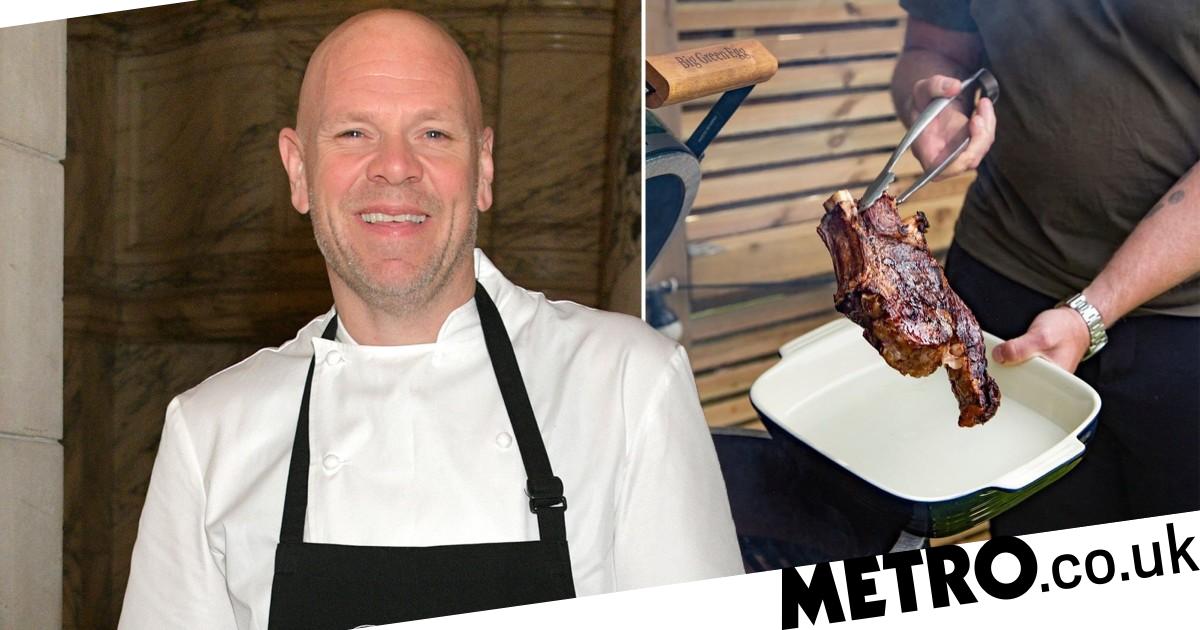 The MasterChef star has been blasted for the pricey sirloin steak and chips at his pub, The Hand and Flowers, in Marlow, Buckinghamshire after the 49-year-old, slapped the eye-watering price tag on the meat, which is served with onion rings, béarnaise sauce and triple-cooked chips.

However, Tom – who owns six restaurants in London, Manchester and Buckinghamshire – has defiantly stood by his decision to sell expensive meals after the backlash, which comes as millions of people across the country struggle to make ends meet during inflation.

He said: ‘You don’t help to feed children by making successful people ashamed because I am one of those people.

‘I’ve said it before and I’ll say it again, if you want to ride in a Bentley, it costs money.

‘If you’re on a budget there’s an intensely farmed Ford Focus available round the corner and that’s fine by me,’ he added to The Times.

The Michelin star chef (who estimated he’d lost £4million to £5million over the pandemic) explained that the steak is from a cow which has been grass-fed for two years and that the meat is then slaughtered, butchered and hung, which takes another month.

He added that he will only get 10 steaks, which cost £25 per cut, before he needs to pay his staff and pay energy bills, which he said will add £35 before a further £18 in VAT.

The chef claimed that he’d be ‘lucky’ to make a 10% profit of around £9 on the dish, which he said would go towards replacing essentials such as cutlery and ovens.

He also insisted that he is angry over the cost of living crisis, but said people who make ‘good money’ should not be ‘punished’ in the meantime.

‘It makes me angry there are more food banks than branches of McDonald’s in this country,’ he told the publication.

‘But I also think: never punish people who are making good money, who’ve achieved a great lifestyle. You don’t help to feed children by making successful people ashamed because I am one of those people,’ adding it was ‘better’ for him and Marcus Rashford to share budget-friendly recipes online ‘rather than, say, just giving away £50,000’.

Tom came under fire over his pricey dish in September last year after he posted a photo of a sign mocking the price of Instagram-famous chef Saltbae’s steak shortly after the opening of the Nusr-Et Steakhouse London.

He captioned the image: ‘Saltbae steak: £630. Some peace and quiet: priceless.’

However, followers were quick to point out the hefty pricing at his own establishments, pointing out the steak dish and his £62 pricing for fish and chips.

In May, Tom also defended a visit to a local food bank which he made for a series about how to cook on a budget, after his actions were dubbed ‘hugely patronising’.