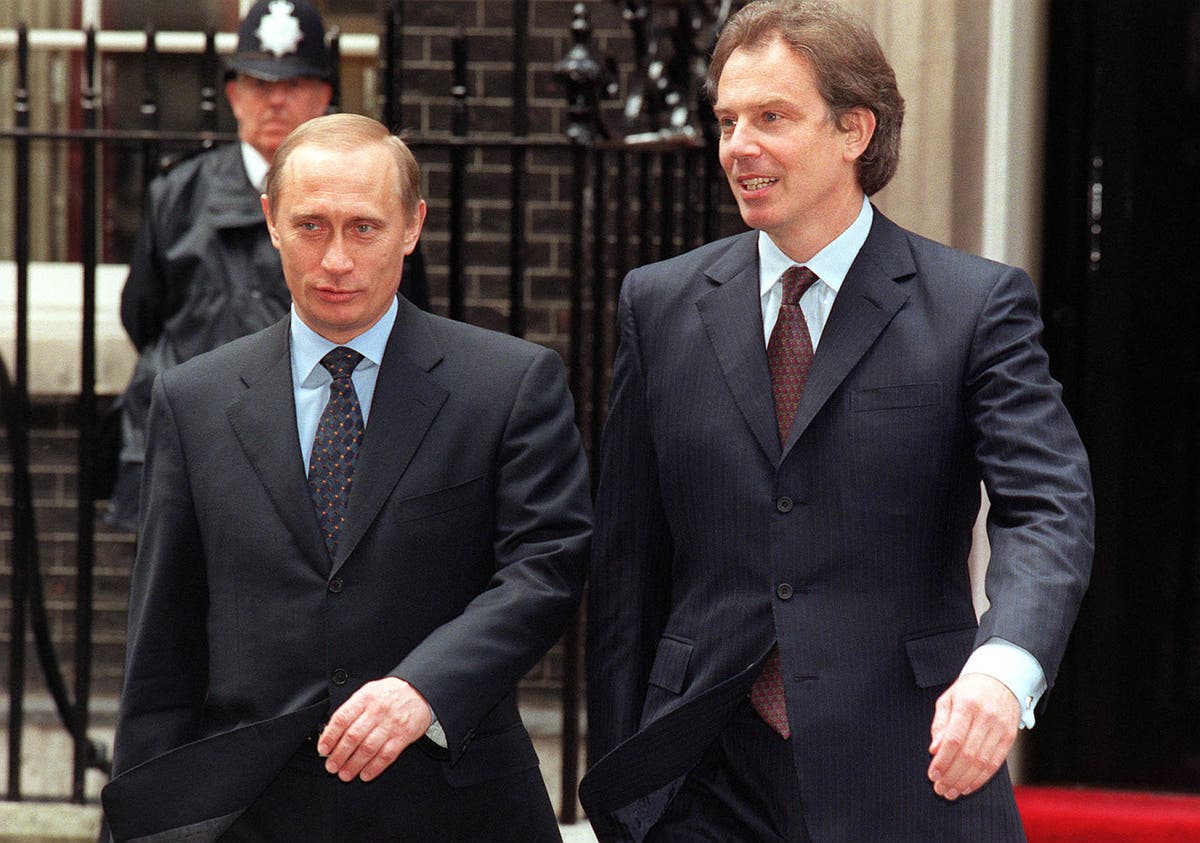 ony Blair argued that Vladimir Putin should be given a seat at the international “top table” despite deep misgivings among officials about the new Russian president, according to newly released official files.

Papers released to the National Archives in Kew, west London, show Mr Blair, as prime minister, believed the former KGB man was at heart a “Russian patriot” and that it was important to encourage him to adopt western values.

But behind the scenes officials feared he represented a return to old Cold War attitudes and questioned whether he could be trusted.

An internal No 10 briefing note from January 2001 – barely a year after Mr Putin assumed power – entitled “Putin’s progress” highlighted the concerns, including a resurgence in Russian espionage activities.

“Despite the warmth of Putin’s rhetoric about the close links between Russia and the UK, the Russian intelligence effort against British targets remains at a high level,” it said.

“The Russian intelligence presence in the UK is at Cold War levels, and they continue to try to post active and hostile officers to work against British interests worldwide.”

The document lists a series of assurances given by Mr Putin to Mr Blair during their meetings at various international summits, which turned out to be false.

They included backing for the West’s tough line on dealing with Iraqi dictator Saddam Hussein and undertakings that Moscow would stop supplying Iran’s nuclear programme.

On the sinking of the Russian submarine Kursk with the loss of all 118 crew, the paper said that while Mr Putin had thanked Mr Blair for his offer of assistance, Russian officials had obstructed its delivery while spreading false rumours that it was the result of a collision with a British sub.

Mr Putin also told the prime minister he did not want to be considered to be “anti-Nato”, while his defence minister Marshal Igor Sergeyev then warned the alliance that any further enlargement would be “a major political error” requiring Moscow to take “appropriate steps”.

The memorandum is among a series of briefing notes for Mr Blair’s foreign policy adviser John Sawers as he prepared to meet senior officials in the new US administration of George Bush ahead of the the prime minister’s own first meeting with the new president and his team.

“The Prime Minister described him as a Russian patriot, acutely aware that Russia had lost its respect in the world. To describe him as a Russian de Gaulle would be misleading, but he had a similar mindset,” the note of the meeting said.

“He (Mr Blair) understood that Putin had a low approval rating in the US. But he thought it was better to allow Putin a position on the top table and encourage Putin to reach for Western attitudes as well as the Western economic model.”

Whatever the tensions with the man in the Kremlin, the files also show how the diplomatic niceties still had to be observed.

When Mr Blair travelled to Moscow in October 2001, a No 10 official informed him: “You will recall that Putin actually asked you to come to celebrate his birthday on Sunday so we are bringing a set of the new silver No 10 cufflinks as your gift – he will be the first leader to have them.”