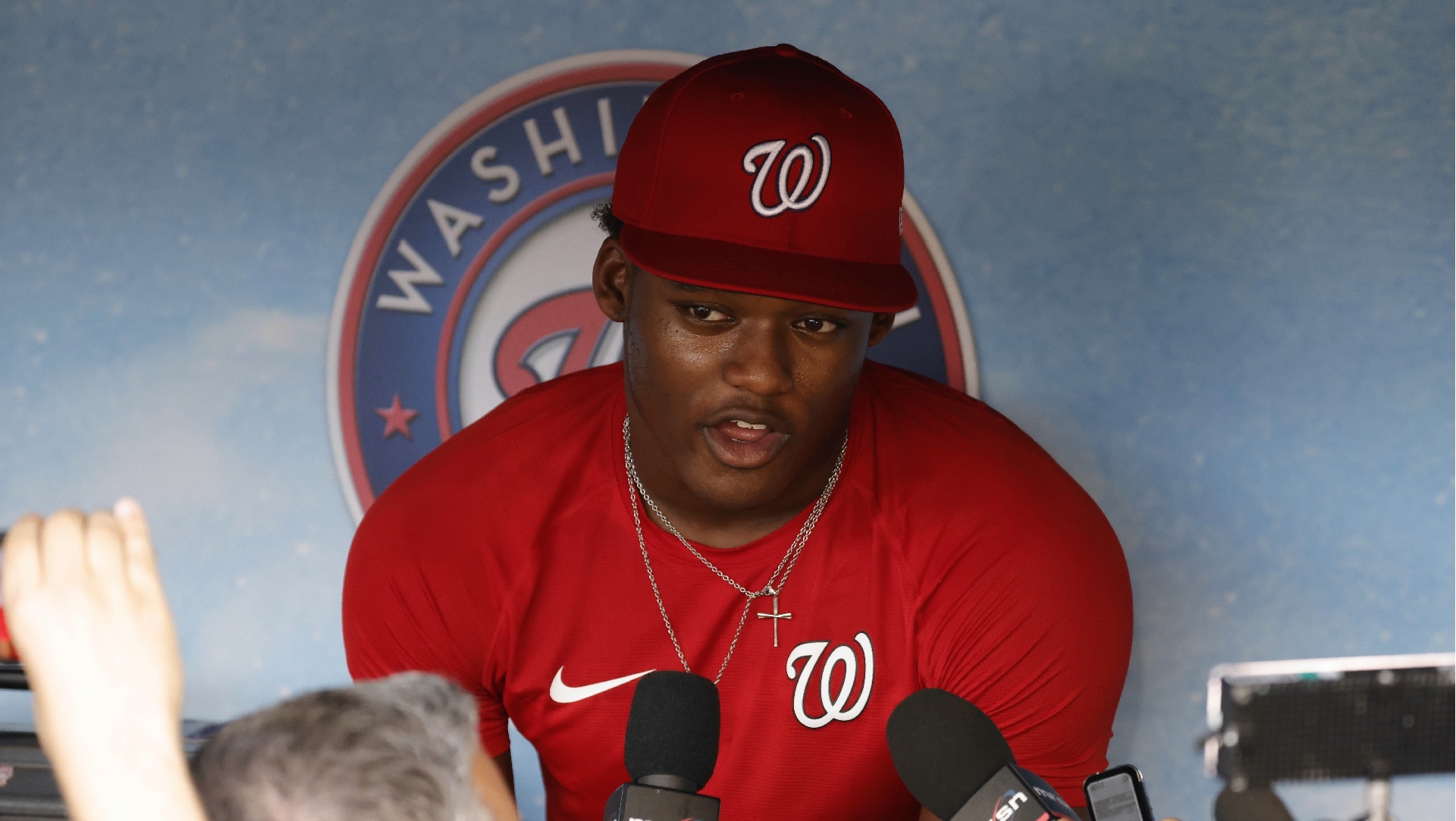 The Washington Nationals’ rebuild is in full effect and judging by very, very early returns on some of their young talent, the future could be bright for the club.

The Washington Nationals’ rebuild is in full effect and judging by very, very early returns on some of their young talent, the future could be bright for the club.

Two of the Nats’ highest-touted young prospects—outfielder Elijah Green and pitcher Jarlin Susana—got their first taste of professional action on Tuesday and did not disappoint. While playing for the FCL Nationals of the Florida Complex League (a rookie-level circuit for young players in MLB pipelines), both young players seemed to live up to the hype in their Nats’ debuts.

Washington drafted Green fifth overall in the MLB draft a month ago and felt confident doing so thanks to his size (6-foot-4, 225 lbs.), speed, and five-tool talent. The 18-year-old out of IMG Academy in Florida went yard in that very state on Tuesday, launching a solo home run into left field in just the second at-bat of his professional career.

Green batted third in the lineup and finished the day 1-for-4 with the homer, but struck out three times in addition to his contribution to the scoreboard. The Nats lost to the FCL Astros by a final of 10-5.

Susana came to the Nationals via a bit more controversial route than Green. The righty was one of six players dealt to D.C. from San Diego in exchange for Juan Soto and Josh Bell. Susana, also just 18 years old, showed tremendous potential in his FCL Nats debut.

Though he gave up a run, Susana started the contest and pitched 2.0 innings, only conceding one hit and one run while striking out four batters. Per Grant Paulsen, he also hit triple digits on a few of his pitches, throwing as high as 102 mph.

Washington is in the midst of one of the worst seasons in franchise history, in the middle of a historic team rebuild. It started last season when the team shipped out Max Scherzer, Trea Turner, Kyle Schwarber and others in a deadline day fire sale.

The Soto-Bell trade only furthered the idea that the Nats are fully dedicated to developing their young talent with the hopes of gearing up for postseason success a few years down the line. If Green and Susana’s debuts are any indication, Nats Park could revert to its glory days a la 2012-19 before too long.