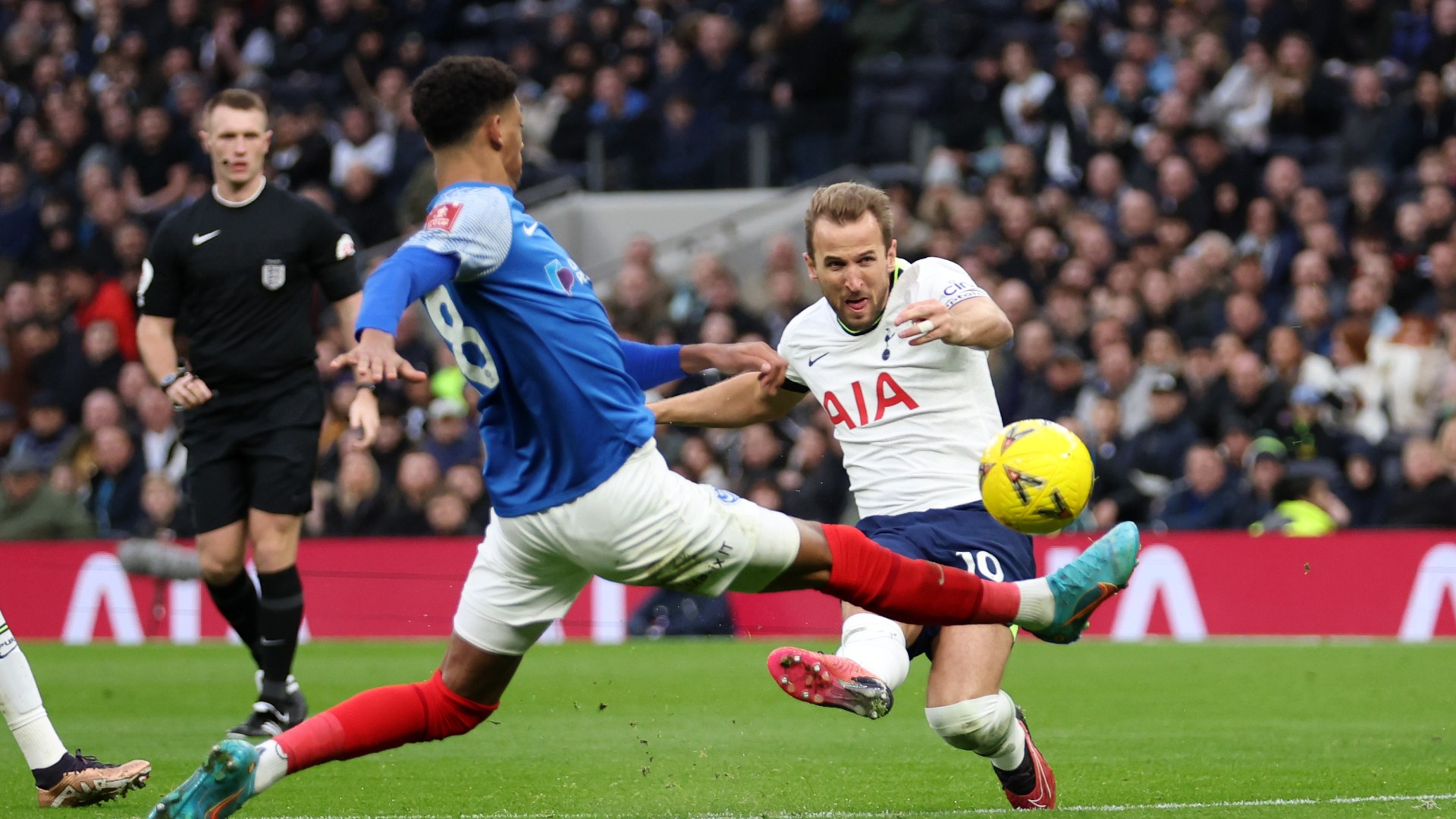 HARRY KANE is back in the goals for Spurs as they lead Portsmouth in the FA Cup third round.

Teams from every rung of English football’s ladder have been battling it out this season in the world’s oldest football competition – but today, the big boys enter the fray.

The likes of Boreham Wood and Forest Green are also in action!

Follow our live blog to keep up with all the action…