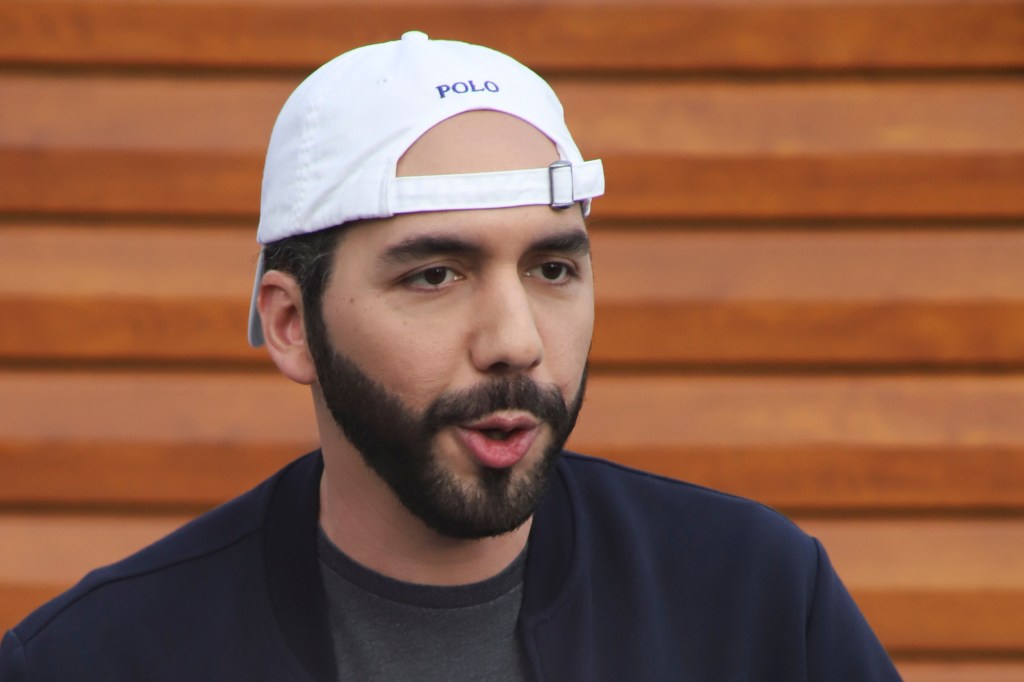 SAN SALVADOR, El Salvador — Nine months into a state of emergency declared by President Nayib Bukele to fight street gangs, El Salvador has seen more than 1,000 documented human rights abuses and about 90 deaths of prisoners in custody. And Bukele’s popularity ratings have soared.

For decades, El Salvador’s main street gangs, Barrio 18 and the MS-13, have extorted money from nearly everyone and taken violent revenge against those who don’t pay. The gangs, which have been estimated to count some 70,000 members, have long controlled swaths of territory and extorted and killed with impunity.

Bukele, who was elected in 2019, began sealing off certain sectors of Salvadoran cities earlier this year, surrounding them with police and soldiers who check anyone entering or leaving. Bukele requested that Congress grant him the extraordinary powers after gangs were blamed for 62 killings in just one day, March 26.

More than 60,000 people have been arrested under the measures, which suspend the right of association, the right to be informed of the reason for an arrest and access to a lawyer. The government also can intervene in the telephone calls and mail of anyone it considers a suspected gang member. The time someone can be held without charge has been extended from three days to 15 days.

Rights activists say young men are frequently arrested just based on their age, on their appearance or whether they live in a gang-dominated slum. The country’s human rights official, Raquel Caballero, said 2,100 people have been released after arrest because they had no ties to the street gangs.

But Bukele, who is seeking re-election in 2024, has reveled in recent polls that suggest approval ratings of near 90% for both himself and his gang crackdown.

“I don’t care what the international organizations say,” Bukele said earlier this year of criticism of his measures. “They can come and take the gang members. If they want them we will give them all of them.”

Why are Salvadorans putting up with seemingly unending renewals of one-month emergency decrees that limit constitutional rights and allow police and soldiers wide latitude in searches, arrests and pre-trial detention?

Thanya Pastor, a lawyer and political analyst, says years of unchecked crime and violence have made Salvadorans desperate for a solution.

“People at this moment are not going to listen to anything about human rights, anything about democracy or authoritarianism. What they are interested in is their safety and the opportunity to live a free life,” Pastor said.

Pastor says he supports the crackdown. But he says Bukele’s government must still be held responsible for abuses and give an accounting of those who died in custody.

The brutal crackdown appears to have caught the street gangs by surprise.

“They weren’t expecting it, they were caught unaware and they rounded almost all of them up,” said Manuel Torres, who works in a factory in the San José El Pino neighborhood of San Salvador, the capital. The neighborhood was once controlled by the MS-13.

Torres looked around worriedly, afraid to be caught for openly speaking about the gangs. “There are still several of them left,” he says.

Cristóbal Benítez, a 55-year-old street vendor, says the change has been striking.

“The gangs ruled here, they had their turf well marked. You either paid up or they killed you,” said Benítez. “But now, the government appears to be in control again.”

Juan Pappier, the acting associate director for the Americas at Human Rights Watch, said it was an error to think that “you can achieve success based on massive violations of human rights,” arguing that mass roundups won’t dismantle the gangs’ organizational structures.

Bukele is defiant in the face of such criticisms, writing in his Twitter account: “They are afraid we will be successful, and that other governments will want to copy it.”