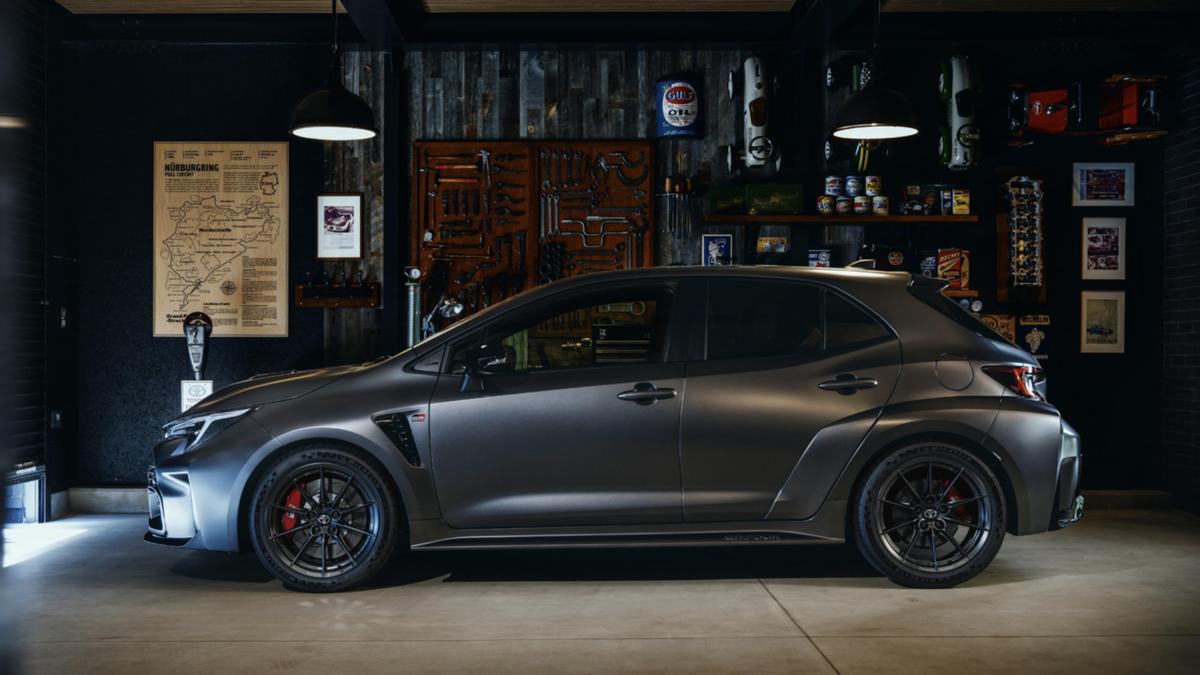 Japanese enthusiasts keen on a rally-bred Toyota GR Corolla will need to enter a purchasing lottery ahead of deliveries in early 2023.

The company had planned to sell its newest hot hatch through traditional dealers but “continuing COVID-19 infections and the semiconductor shortage” hitting its supply chain prompted a switch to an online purchasing lottery.

The first batch will comprise 500 units of the GR Corolla in ‘RZ’ JDM-spec, and a further 70 units of the wild two-seat Morizo Edition. TMC adds “additional sales [will] be considered while monitoring the production situation”.

The GR Yaris has a RRP in Australia of $49,500 before on-road costs, so if this gap is reflected locally, then the GR Corolla may kick off just under $65,000 – less than a Honda Civic Type R.

Don’t expect Toyota’s local division to pull the same stunt as it did with the first 1000 units of the GR Yaris, which it sold at a big discount ($39,500) to drive fans into a frenzy and turn them into GR ambassadors.

Set to launch in the first quarter of 2023 – at this stage at least – Toyota Australia will receive only 500 units for the first year’s allocation of its 220kW, manual-only, all-wheel drive Corolla, to divvy up among its dealers.

As with Japan, supply of GR Corollas for Australia is therefore highly constrained. There’s been no announcement locally of a lottery, though Toyota’s local arm is keenly aware of the difficulties it will face allocating stock through traditional channels.

“Competition for the car within the Toyota world is enthusiastic to say the least,” said Toyota Australia vice-president of sales, marketing and franchise operations, Sean Hanley, when we spoke with him in September.

“This is not a limited-edition car though, it’s just all we can get in the first year… Now what we have got to do is manage that 500 very carefully.”

Asked if he was concerned that such limited supply would simply rub fans the wrong way by leaving too many without a car from the first batches, Mr Hanley said: “we’ll only upset people if we don’t tell them upfront exactly the circumstances of the order”.

“The dealerships know right now that they’re going to get a finite number,” he said, suggesting Toyota would like to work with its franchisees to ensure true-blue enthusiasts get priority.

“So we are looking at different ways within the legalities of Australian Consumer and Competition law that may enable us to ensure that these get in the right hands,” he said.

When quizzed on whether Toyota could direct staff at its franchise dealers away from buying a GR Corolla for themselves, Mr Hanley stopped short. Furthermore, there will not be any Toyota HQ employees ticking off each customer, or vetting their intentions, he added.

“In terms of our dealer network, of course we have dealer staff that are enthusiasts, and of course we don’t want to discount those opportunities,” Mr Hanley said.

“But we will qualify everyone to be enthusiasts… and we want to discourage any sort of reselling [or] short cycling… We’ll certainly be asking our dealers to qualify each customer as being a person who wants this car for the right reasons,” he added.

“Now we have to look at that process within the legalities of the Australian consumer law and competition law, but we really want this car to get to the right people.”

None of these responses really make it clear what Toyota Australia has up its sleeve, aside from a distaste for opportunistic resellers.

Speculators (kind of like automotive scalpers) have thrived in a car market where shortages and all-time high demand have conspired to drive wait times into multiple years – allowing them to prey on people miles back in the queue.

As detailed recently, Toyota Australia has become frustrated at buyers using shortages to cash in at the expense of genuine buyers, but it’s still working out what levers it can pull.

“We think it’s deeply important that we take a leadership position on this particularly now. We’ve spent decades building trust around our brand, and it’s quite disturbing to think that we have a few that are short-cycling our cars to make money,” Mr Hanley opined.

“I think we need to protect, as best we can, our customers from those types of behaviours… I want it changed. I want this situation changed where customers are paying a fair and reasonable price based on the manufacturer’s retail price position.”