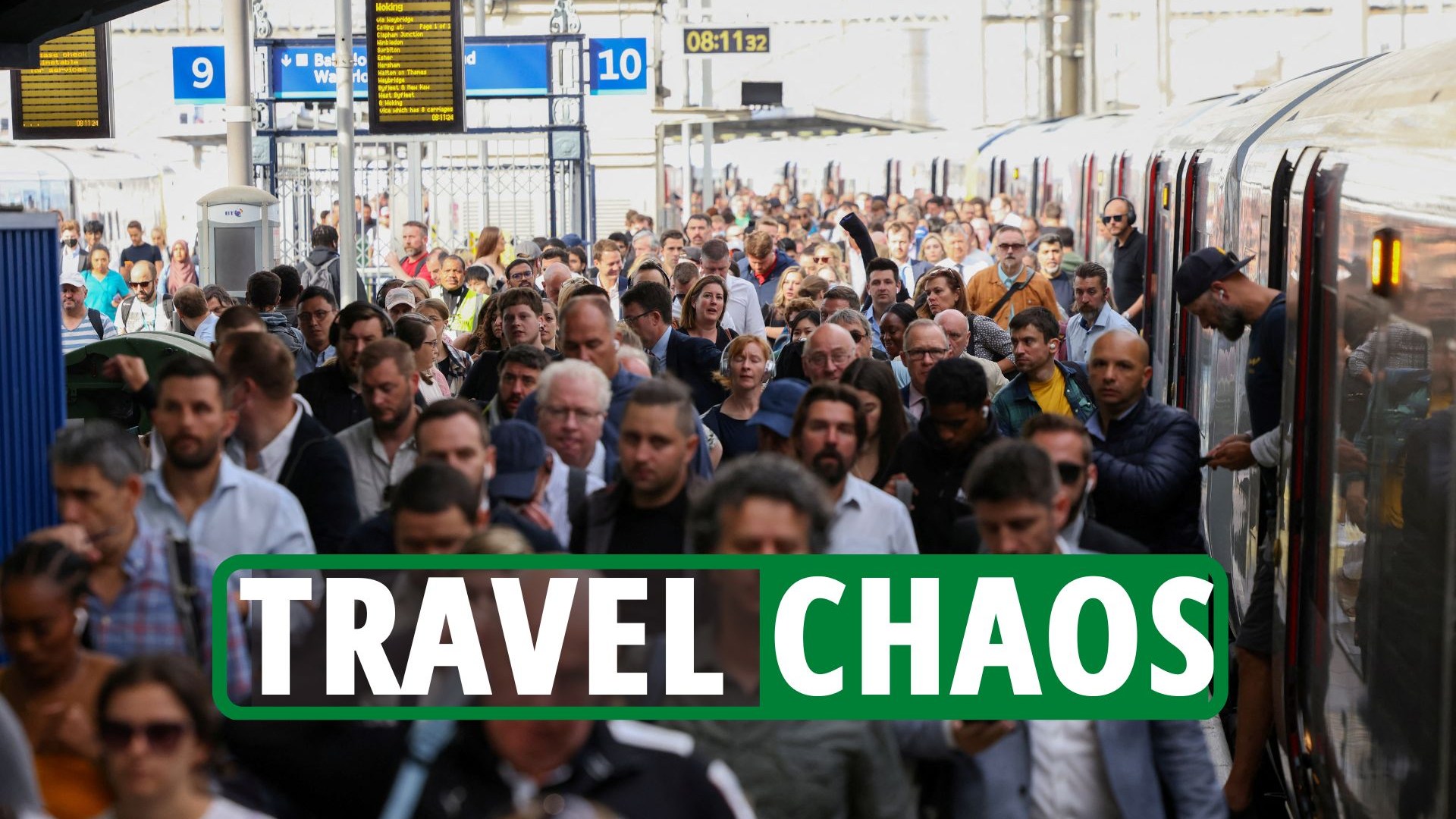 BRITS are warned to only travel by train unless absolutely necessary tomorrow as thousands of workers go on strike.

Some 40,000 workers under Network Rail plan to ditch their stations on Wednesday, alongside 14 operators, it has been reported.

Only 20 per cent of train services will run on Wednesday, therefore Brits have been urged to avoid travel at all costs on this day.

This could cause disruptions for the Women’s Euro 2022 semi-final, which is being held in Milton Keynes.

Simultaneous walkouts and chaos will cripple Britain’s transport infrastructure during the first official week of summer holidays for most schools.

Traffic jams swamped the Eurotunnel car terminal in Folkestone, Kent, after part of the M20 was shut to park 600 lorries.

It was a knock-on from the nightmare that gripped the Port of Dover on Friday and Saturday  with ferries struggling to clear the freight backlog.

Ferry operator DFDS told Dover passengers that there were “queues of around an hour” for French border checks this morning as they issued travel advice.

They advised passengers to “allow a minimum of 120 minutes before your departure to complete all controls” amid reports queues had eased.

In a further blow to Brits, Ryanair will also strike this week.

Children conceived through IVF do not develop differently, study finds

How far is Qatar from Dubai?