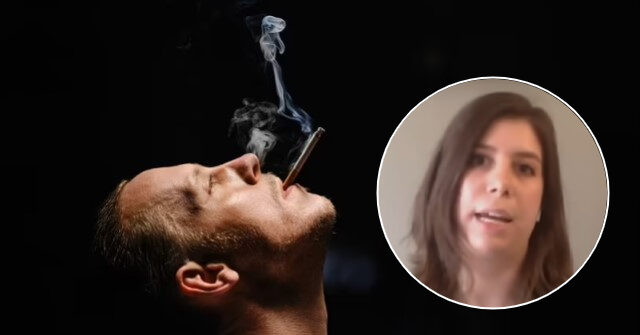 The Rape-Hoaxers at far-left Rolling Stone are so unwound by the idea of My Son Hunter — a narrative movie exposing the truth about the Biden family’s ocean of corruption — they had some smug blogger (formerly of Media Matters) named Nikki Ramirez publish her 25 real-time reactions to the film.

And you can bet Nikki’s list was sincere, and the fact it ended up at a perfect meme-worthy 25 is just a coincidence.

Some professional news: After 3 fantastic years, I am leaving @mmfa to join the team at @RollingStone as a Political News Reporter. I cant thank the team at Media Matters enough for everything they’ve done for me, and I’m looking forward to what comes next!

Here are some of my favorites:

— The writing may be cringe, but having an extended segment on all his dead relatives just makes Hunter look more sympathetic.

I’m pretty certain that was the point, cupcake.

— We’ve reached the ‘I slept with my dead brother’s wife’ portion of the film.

Except, you know, Hunter did.

— Not even eight minutes in and we’ve already had extremely forced call outs of BLM, student loans, and pronouns.

— LOL JK, it was all a dream! The media will never care about the truth!

LMAO, like wherever did My Son Hunter get that idea from?

MAGAtards just be making things up.

And this is why the corporate media no longer matter. The laptop is real. Rolling Stone spent months and thousands of words deliberately lying to its readers about the laptop being Russian propaganda or “baseless” or “innuendo, fabrication, and projection.” But now that even the far-left New York Times has been forced to acknowledge the laptop is real, Rolling Stone is still lying to its readers.

We now live in a world where we all know that if Rolling Stone or NBC or CNNLOL or the New York Times, or the Washington Post had been handed this laptop by Hunter Biden himself, they still would have told us the laptop didn’t exist or was Russian misinformation.

We live in a world where if the corporate media knew for a fact a Democrat stole an election, they not only wouldn’t report it; they would still attack anyone who questioned the election.

And we now live in a world where someone who purports to be a journalist is willing to sell out her credibility to LOL at a movie that tells the public a truth that liars like her and her discredited publication are not only refusing to tell, but are covering up through active lying.

This dumb Rolling Stone chick is not just triggered. She’s scared. All her words, her snark, her ignorant smugness are meant to cover up the fact that this movie tells a truth she and her ilk are determined to keep from the public.

That’s no way to make a living, sweetheart.

My Son Hunter marks Breitbart’s expansion into film distribution. The film is available at MySonHunter.com and became available for streaming and downloaded September 7.  The trailer has already been viewed over 4.5 million times across social media.

The 12 ways to spot cancer – according to the NHS

What are the FIFA 23 Division Rivals Rewards each week and how do you win them? – The…

How much does it cost to charge your phone and laptop each day?