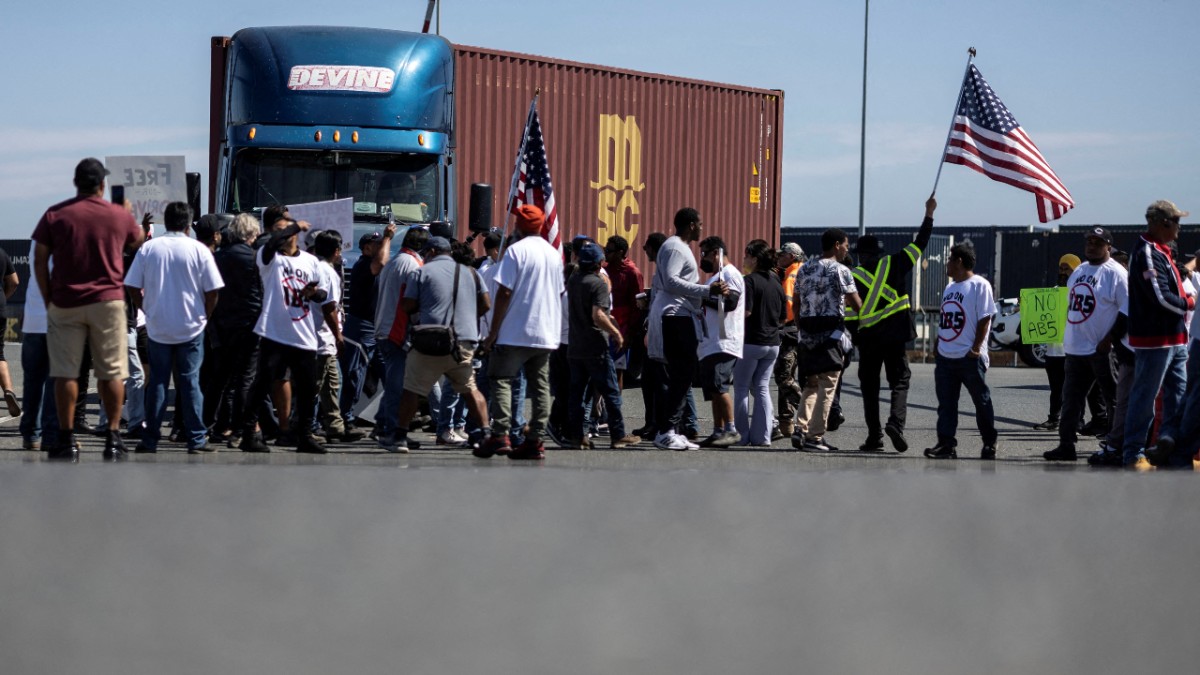 Protests on Wednesday against a new California labor law that makes it harder for independent truckers to work halted operations at the state’s third-busiest seaport, crimping a major artery in the fragile U.S. supply chain.

SSA Marine, which manages the largest terminal at the Port of Oakland, in the San Francisco Bay Area, closed operations due to the independent trucker protest, port spokesman Robert Bernardo said.

The other marine terminals are effectively shut down for trucks, said Bernardo, adding that some vessel labor operations are under way.

TraPac on its website said its terminal would be closed for the first shift because protests were interfering with the entrance gate. Terminal representatives did not immediately respond to requests for comment.

Trucking industry legal challenges delayed enactment of the law for more than two years, but the U.S. Supreme Court declined to review the case on June 30, clearing the way for it to go forward.

Backers, including the Teamsters and the ILWU, say AB 5 aims to clamp down on labor abuses and push companies to hire drivers as employees — a move that would open the door for them to join unions and collectively bargain with employers.

Independent truckers say they prefer the freedom of contract work and worry that the law will shoulder them with hefty costs that will wipe out their income.

Some 5,000 owner-operators transport everything from almonds and wine to electronics at the Oakland port. Their AB 5 protests started on Monday and have grown larger and more disruptive with each passing day.

The three California ports combined handle about half of the nation’s total container cargo volume. The trucker protests come as the ILWU, which represents dock works at those and other U.S. West Coast ports, is in high-stakes contract talks with terminal operators that employ them.

Trucking company owner Bill Aboudi supports the mostly immigrant drivers who are protesting — even though they have idled his employee-operated rigs, resulting in business losses of as much as $8,000 per day.

“It’s important. We have to deal with it,” Aboudi said.