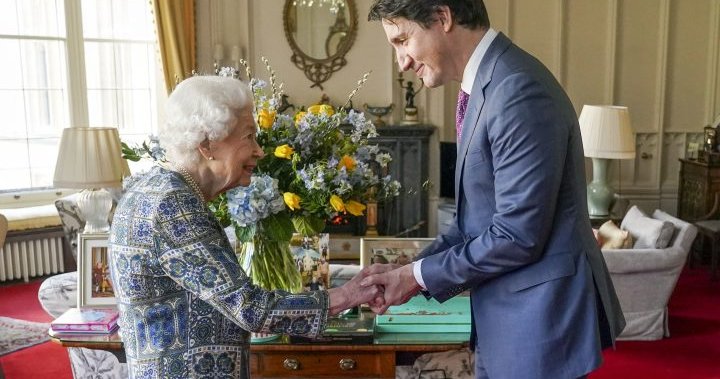 Prime Minister Justin Trudeau says he joins Canadians across the country in wishing the Queen well as Buckingham Palace says she has been placed under medical supervision.

Gov. Gen. Mary Simon is also sending “thoughts of comfort and healing” to the 96-year-old monarch and the Royal Family through a message posted on Twitter today.

My thoughts, and the thoughts of Canadians across the country, are with Her Majesty Queen Elizabeth II at this time. We’re wishing her well, and sending our best to the Royal Family.

Ontario Premier Doug Ford said his thoughts and prayers were with the Royal Family and all citizens of the Commonwealth.

“God Save the Queen,” he said in a statement on social media.

Queen Elizabeth under medical supervision with doctors concerned about her health

“Like millions of Canadians, I am thinking of our Queen today with affection and gratitude, and praying for her and the Royal Family at this time,” she said in a tweet.

Ralph Goodale, Canada’s High Commissioner to the United Kingdom, tweeted to say the Queen is “a profoundly important person in the most successful constitutional monarchy in world history.”

The Queen has been on the throne for 70 years, so a transition of power is unfamiliar territory for the current Canadian government.

Experts say governance is expected to carry on as usual because the monarch remains the constitutional head of state in Canada no matter who is filling the role at any given time.

Succession from the Queen to her eldest son Charles is expected to be automatic, although there will be some formalities, including a proclamation from the Governor General.

“A lot of that remains unclear on how we’re going to exactly follow it in Canada,” says Philippe Lagasse, an associate professor of international affairs at Carleton University and an expert on the role of the Crown in the Westminster system of government.

As Her Majesty The Queen continues to receive medical care, the Governor General joins all Canadians in sending thoughts of comfort and healing to her and her family.

He said the prime minister could formally announce the Queen’s passing in Parliament and mark a holiday for her funeral.

There will otherwise be no disruption to any governing bodies that sit in the Queen’s name, or to legislation, oaths and other legal documents issued in her name.

How Costa, Starbucks and Prets’ autumn drinks stack up nutritionally