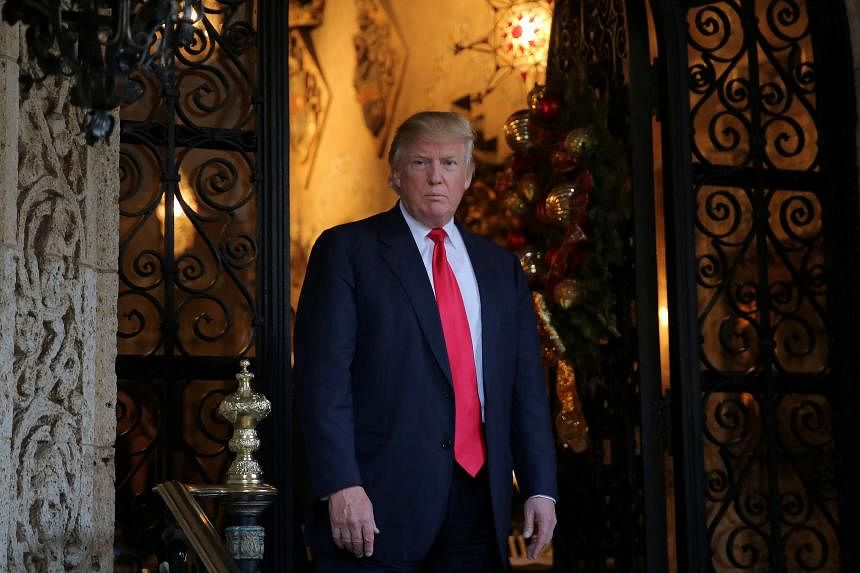 WASHINGTON (REUTERS) – Hours after denouncing the FBI’s raid on his Florida home as political persecution, former president Donald Trump released a campaign-style video that may be the strongest hint yet that he plans to run against President Joe Biden in 2024.

The FBI’s actions on Monday have arguably placed Trump in his political sweet spot, allowing him to claim that he is a victim of institutional forces trying to destroy him. The much-employed narrative again had Republicans rallying around him at a time when his grip on the party appeared to be slipping.

Trump and his allies on Tuesday wasted no time trying to stir anger and passion among his supporters, while also trying to rake in dollars off the raid of his Mar-a-Lago home in Palm Beach, Florida.

“There is no mountain we cannot climb, there is no summit we cannot reach, there is no challenge we cannot meet,” Trump said in the new video, which included an extended critique of the Democratic Biden administration.

The ad was followed by fundraising appeals highlighting the raid.

According to Reuters sources, FBI agents entered Trump’s home as part of an investigation into his removal of boxes of classified records from the White House when his term as president ended in 2021.

Trump’s family said he had been cooperating with the probe, and any criminal liability remains unclear.

Alyssa Farah Griffin, a former top White House aide to Trump, told CNN on Tuesday that if the result of the document raid proves to be underwhelming to the public, outrage among Republicans voters could help Trump secure their party’s nomination.

“If it’s seen as some sort of massive overreach and not something incredibly serious, this is a very good day for Donald Trump,” she said.

Trump, 76, has remained viable as a candidate despite surviving two impeachments and a far-ranging investigation into his ties with Russia while president. Probes into his financial dealings and potential election interference are ongoing.

The raid was denounced by a bevy of Republican members of Congress, governors and candidates in November’s midterm elections, who also contended the US Justice Department acted with political motives.

Florida Governor Ron DeSantis called the raid “another escalation in the weaponisation of federal agencies against the (administration’s) political opponents.”

DeSantis has long been viewed as a potential Republican challenger to Trump for the 2024 presidential nomination, but is also facing re-election as governor this year and relying on support from Trump diehards to help him get there.

Democrat Andrew Cuomo, the former governor of New York, called for the Justice Department to immediately explain the rationale for the raid.

“It must be more than a search for inconsequential archives or it will be viewed as a political tactic,” tweeted Cuomo, who resigned as governor a year ago after multiple women accused him of unwanted sexual advances, which he denied.

5 the explanation why blockchain will fortify IoT applied sciences