TV ratings suggest Pac-12 has advantage over Big 12, but will it come out swinging this week? 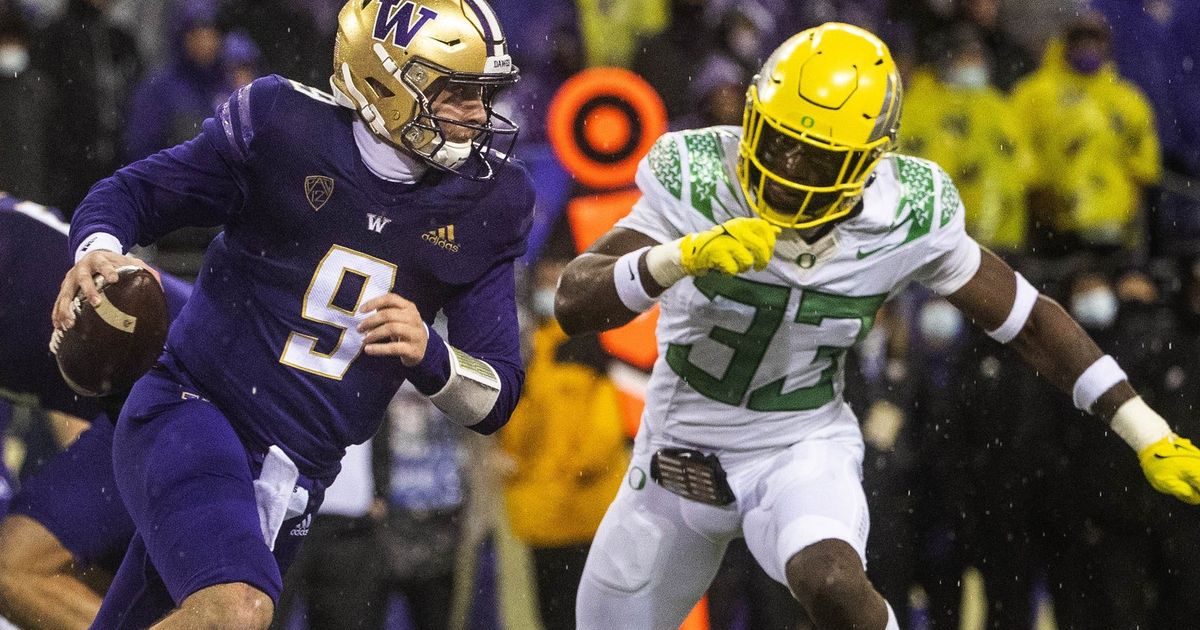 The Pac-12 has lost more this summer than the Los Angeles schools to the Big Ten. It also has lost the PR duel with the Big 12 — and in decisive fashion, no less.

In the immediate aftermath of USC and UCLA defecting, neither conference nor campus officials could offer public signs of unity because nobody knew if or when the next domino would topple.

Meanwhile, the Big 12 was a year removed from its gutting and eager to play the role of marauder. Each day, it seemed, the conference was on the brink of delivering the knockout blow to its competitor on the West Coast.

The calendar added to the Big 12’s advantage. Because its preseason football media extravaganza came first, new Commissioner Brett Yormark was able to proclaim the conference “open for business” — a clear shot across the Pac-12’s lurching bow.

Add a few well-placed leaks to the media and a morsel of misinformation, and the Big 12 has owned the optics as the conferences jockey for position in the shadow of the Big Ten and SEC.

But this week, the Pac-12 has a chance to regain control of its own narrative.

Commissioner George Kliavkoff, who has been silent since the June 30 thunderbolt, will offer his state-of-the-conference address at Pac-12 media day Friday in Los Angeles.

Will he take the stage with facts, confidence and a trumpet … or ignore the elephant standing on the podium with him?

Will he indicate the Pac-12 is also open for business and strike an aggressive tone … or focus on the upcoming 2022 season?

If the former approach is preferred — from here, it doesn’t seem like Kliavkoff has a choice — he certainly won’t lack for evidence:

— The new Pac-12 will have better media markets than the new Big 12.

The 10 remaining schools account for six of the nation’s top 30 markets, according to Nielsen DMA data from 2021. (Add San Diego State, and it would be seven.) The Big 12 will have just four.

— With Washington and Oregon, the conference arguably possesses the top football properties of the 22 schools remaining in the two leagues.

The Hotline dug through years of data published on the invaluable SportsMediaWatch website to better understand viewership trends for the two leagues in their reconfigured forms.

The Pac-12 owns a decisive edge in games that generated a rating of 1.0 or better (about 1.7 million viewers).

Before we relay the numbers, a few notes:

* The SportsMediaWatch database does not provide ratings for some of the secondary games across the ESPN and Fox networks.

* About one-third of the Pac-12’s games are on the Pac-12 Networks, which aren’t rated by the tracking companies that provide data for SportsMediaWatch. (Some of those games — Oregon vs. Utah in 2018, for example — would have been candidates to clear the 1.0 threshold.)

So, how do Texas, Oklahoma, USC and UCLA impact their respective league’s ratings?

We found the following:

It appears the Big 12 is more dependent on Texas and Oklahoma for viewership than the Pac-12 is on USC and UCLA.

One reason: The Bruins simply don’t move the needle, save for their annual date with USC and the occasional nonconference showdown.

Also, USC’s downturn in the post-Pete Carroll era had a two-pronged effect, undermining the Pac-12’s overall value while clearing the stage for other teams to generate the brand awareness that could now help save the conference.

Oregon and Washington are atop that list — Stanford, too — with their annual showdown emerging as one of the Pac-12’s most valuable properties: It has generated a 1.5 rating (or better) for three consecutive years.

The Big 12 simply doesn’t have an equivalent matchup that doesn’t involve Texas or Oklahoma.

Also, the Big 12 has a competition problem. Based in the Central Time Zone, its games often are head-to-head against the SEC and Big Ten.

But that’s precisely why the Pac-12 has value to the likes of Fox and ESPN. It can fill the competition-free broadcast windows with matchups that appeal to the 75 million people in the Mountain and Pacific time zones.

Where do things stand?

Our sense is that Pac-12 presidents and chancellors would like a compelling reason to stick together and are waiting (perhaps weeks, maybe months) to determine whether that reason exists.

Based on media markets, football brands and TV ratings, it’s not obvious that the new Big 12 holds a significant enough strategic advantage over the new Pac-12 to spark a mass migration.

USC and UCLA will double their revenue in the Big Ten.

But would Oregon agree to send its teams to play UCF in Orlando for a few extra million dollars per year?

Would Arizona trek to West Virginia for money that won’t transform its budget?

More than three weeks into this storm, we don’t have enough clarity to draw conclusions.

Perhaps the Pac-12 will provide some this week.


Jon Wilner:
[email protected]; on Twitter: @wilnerhotline. Jon Wilner has been covering college sports for decades and is an AP top-25 football and basketball voter as well as a Heisman Trophy voter. He was named Beat Writer of the Year in 2013 by the Football Writers Association of America for his coverage of the Pac-12, won first place for feature writing in 2016 in the Associated Press Sports Editors writing contest and is a five-time APSE honoree.