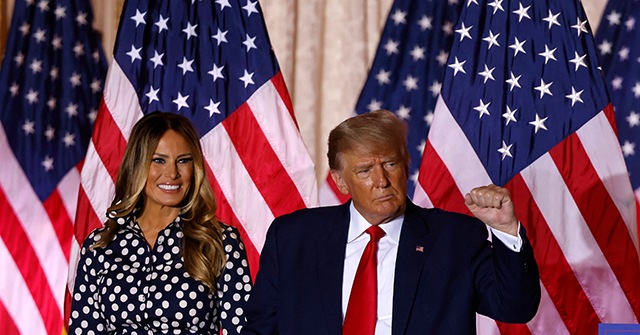 Fed and former Deputy Counsel at Twitter, Jim Baker, had to be taught during his stint at the social media giant that “optimism” is not misinformation, according to the latest tranche of Twitter Files, reported by journalist David Zweig.

The former cop turned joyless big tech censor flagged a tweet posted by then-President Donald Trump to former head of Twitter Trust and Safety Yoel Roth, who had to explain to Baker that a “broad, optimistic statement” ought not be censored on the platform.

On October 5, 2020, Trump tweeted, “I will be leaving the great Walter Reed Medical Center today at 6:30 P.M. Feeling really good! Don’t be afraid of Covid. Don’t let it dominate your life. We have developed, under the Trump Administration, some really great drugs & knowledge. I feel better than I did 20 years ago!”

On the same day, Baker flagged the president’s positive health update to his colleagues Roth and Twitter legal executive Stacia Cardille, suggesting the post could be a “violation” of platform policy.

“Yoel and Stacia,” Baker wrote in an email to Roth and Cardille, “Why isn’t this POTUS tweet a violation of our COVID-19 policy (especially the ‘Don’t be afraid of Covid’ statement)?”

Roth then replied by informing the former senior federal agent that “this tweet is a broad, optimistic statement,” and that it doesn’t meet the threshold of being incitement of “something harmful” nor advise against “following mask directives.”

“Adding you to the main thread on this subject. In short, this tweet is a broad, optimistic statement,” Roth began in his reply. “It doesn’t incite people to do something harmful, nor does it recommend against taking precautions or following mask directives (or other guidelines). It doesn’t fall within the published scope of our policies.”

“Curious whether you have a different read on it, though,” he adds.

The latest batch of Twitter files revealed the company’s censorship conduct around discussion of the Covid virus, revealing the platform, in coordination with the government, censored true information that was “inconvenient” to the government’s preferred narrative — going so far as suppressing and discrediting experts with inconvenient opinions, and banning users sharing the CDC’s own data.

Emma-Jo Morris is the Politics Editor at Breitbart News. Email her at [email protected] or follow her on Twitter.