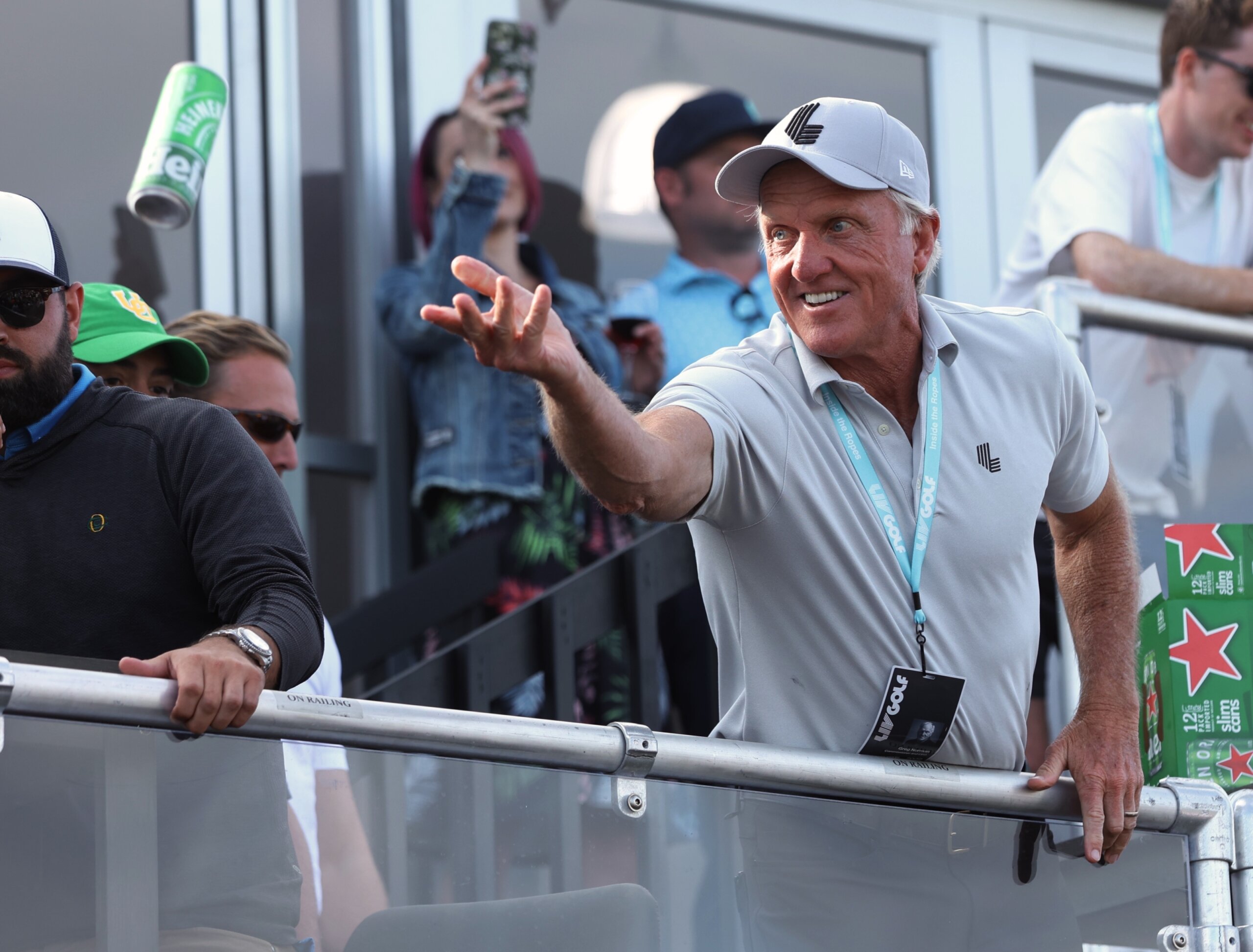 NORTH BERWICK, Scotland (AP) — Greg Norman once talked about playing in the British Open next week. Now he doesn’t…

NORTH BERWICK, Scotland (AP) — Greg Norman once talked about playing in the British Open next week. Now he doesn’t even get to attend the dinner at St. Andrews for past champions.

Norman, who won the Open at Turnberry in 1986 and at Royal St. George’s in 1993, would have been eligible for the four-hole “Celebration of Champions” exhibition that takes place only at St. Andrews, along with the Champions’ Dinner.

The R&A said Saturday it contacted Norman to tell him “we decided not to invite him to attend on this occasion.”

“The 150th Open is an extremely important milestone for golf and we want to ensure that the focus remains on celebrating the championship and its heritage,” the R&A said. “Unfortunately, we do not believe that would be the case if Greg were to attend.”

Norman has been viewed as a disruptor in golf as CEO of the Saudi-funded LIV Golf series that is paying as much as $150 million to sign former major champions like Dustin Johnson, Brooks Koepka and Bryson DeChambeau and staging 54-hole events with a shotgun start that pays $25 million in prize money.

The PGA Tour has suspended players who have signed up for the rebel league, and the European tour is fining its players 100,000 pounds ($120,000) for each LIV event they play.

Norman already rubbed the R&A the wrong way with an interview earlier this year with Australia-based News Corp. in which he said he was filling out his entry form for the 150th Open and “I think I can still get in.”

It led the R&A to issue a statement that said, “We have no plans for any additional exemptions.”

Norman is 67 and past Open champions are exempt only until they are 60. His final year of eligibility was in 2015 at St. Andrews. He chose not to play, saying he hasn’t practiced enough and he didn’t feel right about taking a spot in the field from a younger player.

The R&A did not deny exemptions for eligible players, following the decision of the USGA for the U.S. Open because of the open nature of their majors. There are 23 players in the field at St. Andrews who played in the last LIV Golf event.

It was not clear if Norman intended to be at St. Andrews. The R&A said it was responding to inquiries in releasing a statement that ended, “We hope that when circumstances allow Greg will be able to attend again in the future.”