Ty France plays like an All-Star, leads Mariners over Texas 4-3 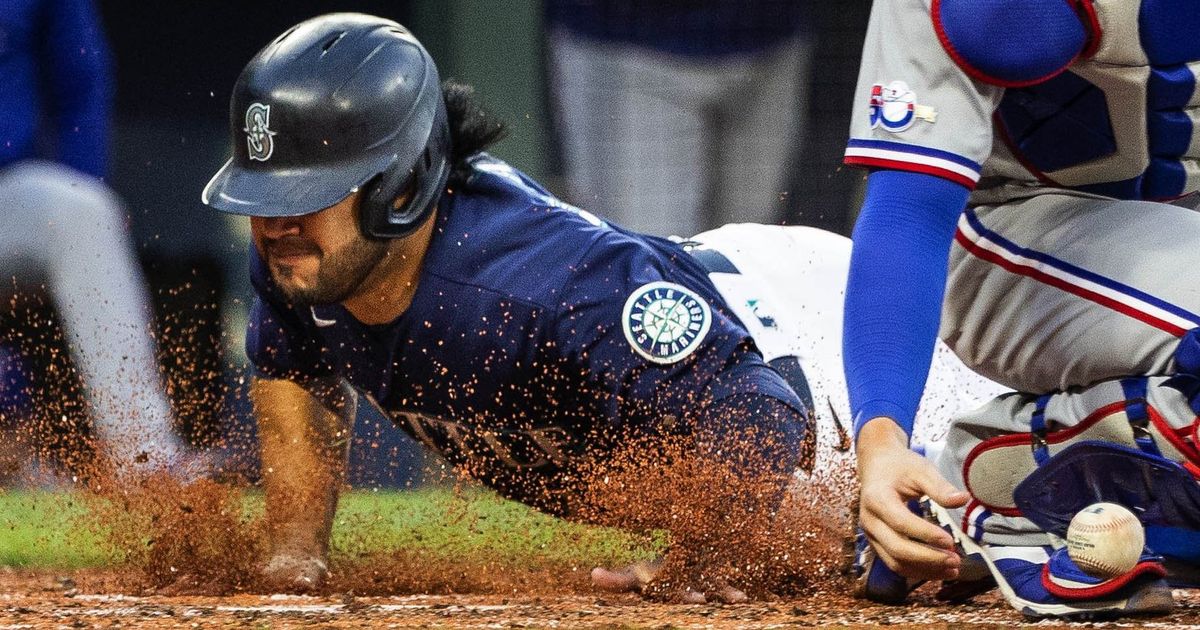 With one All-Star sitting in the dugout hoping his left sore wrist will allow him to play Tuesday, the Mariners’ other All-Star, who unwisely tried to play through a wrist strain last season to his own detriment, made sure the Mariners stopped a mini losing streak before it became something worse coming out of the All-Star break.

Ty France, the Mariners most consistent performer since the start of the season, tallied three hits, including a solo homer, reached base four times, scored two runs and made a brilliant catch on a line drive to rob a sure double, helping lead the Mariners to a 4-3 win over the Texas Rangers.

“We’ve played a lot of these type of games against Texas it seems like the last few years,” manager Scott Servais said. “They are really close, and they could go either way. We’ve been able to execute late in games.”

Using their seasonlong formula of a solid outing from the starting pitcher, lockdown relief work from the bullpen, well most of it, outstanding defense and just enough timely hitting, the Mariners continued their dominance over their AL West foe.

Seattle (52-45) has beaten Texas in nine of the 11 meetings this season and has a 22-8 record vs. the Rangers the past two seasons.

Starter Chris Flexen was solid if not spectacular; relievers Andres Munoz, Paul Sewald and Erik Swanson were outstanding; besides France, Adam Frazier, J.P. Crawford and Cal Raleigh all made remarkable plays in the field to save runs or prevent base runners; and the offense was, well, just good enough to win.

While the Mariners have beaten the Rangers with regularity, they haven’t all been easy. Six games this season have been decided by one run with Seattle prevailing in five of them. The Mariners are 22-12 in one-run games, conversely the Rangers are 5-22 in the same situation.

“I wish there was like a solid answer,” France said of the team’s success in one-run game success. “I don’t know. The only thing I can really put my finger on is that we’ve played in so many of them that when the time comes, we don’t fall into that pressure. We know we’re really good.”

There is an oft-used baseball philosophy that team wins 60 games and loses 60 games with the remaining 42 games of the 162-game season determining a team’s success. Winning this game without Julio Rodriguez and Jesse Winker in the lineup so it wasn’t one of the 60 guaranteed losses was noteworthy.

“They end up defining your season finding ways to win games like tonight,” Servais said. “It wasn’t pretty offensively. I didn’t think we did a whole lot to get excited about, but you find a way. It’s good pitching locking it down, making the plays defensively and taking advantage of opportunities out there.”

It wasn’t supposed to be a one-run game. Diego Castillo came in with a 4-2 lead in the ninth. But with no slider command and minimal feel for his sinker, he gave up a solo homer to Nathaniel Lowe that cut the lead to one run. Castillo then allowed a single to Leody Taveras to put the tying run on base and walked Kole Calhoun to put the go-ahead run on first.

With Erik Swanson hurriedly warming in the bullpen, Castillo managed to strike out Ezequiel Duran for the first out of the inning. But Servais wasn’t taking any more chances.

“The first three hitters weren’t pretty,” Servais said. “But that’s a huge out. And it really set things up for us.”

Swanson got Josh Smith to pop out in foul territory and Marcus Semien to ground out to second to end the game.

The ever-competitive Flexen pitched six innings, giving up two runs on four hits with two walks and five strikeouts to improve to 7-8. He’s allowed three runs or fewer in his last 12 starts.

“I felt pretty solid tonight,” he said. “Every time I take the rock, I’m trying to go out there, compete and put us in a situation to win the game.”

The Rangers grabbed a 1-0 lead against him in the third inning. Ezequiel Duran led off with a single and later scored on a wild pitch that Cal Raleigh couldn’t quite keep in front of him.

The Mariners took the lead in the fourth inning against Texas starter Glenn Otto.

Adam Frazier followed with a single to load the bases, and Suarez made an aggressive read on a ball in the dirt that bounced off catcher Jonah Heim and back toward the infield grass. Suarez made an awkward headfirst slide into home to make it 2-1.

In the fifth inning, France continued to torment Otto. Down 1-2 in the count, he sat on a hanging slider and sent it over the wall in dead center for his 13th homer of the season and his 51st RBI.

“I was trying to get on time for the fastball because he blew two of them by me,” France said. “So I didn’t want to be late on a fastball again and hung me a slider.”

The Mariners added a key run in the seventh inning against the Rangers bullpen. Sam Haggerty led off with a single and later scored when Carlos Santana wouldn’t allow Texas to turn an inning-ending double play on his hard ground ball to third base. The 36-year-old Santana, who doesn’t look or move like his age, sprinted immediately out of the box and beat the throw to first easily, allowing the run to count.

Optus data breach: Telco should pay for licences and…