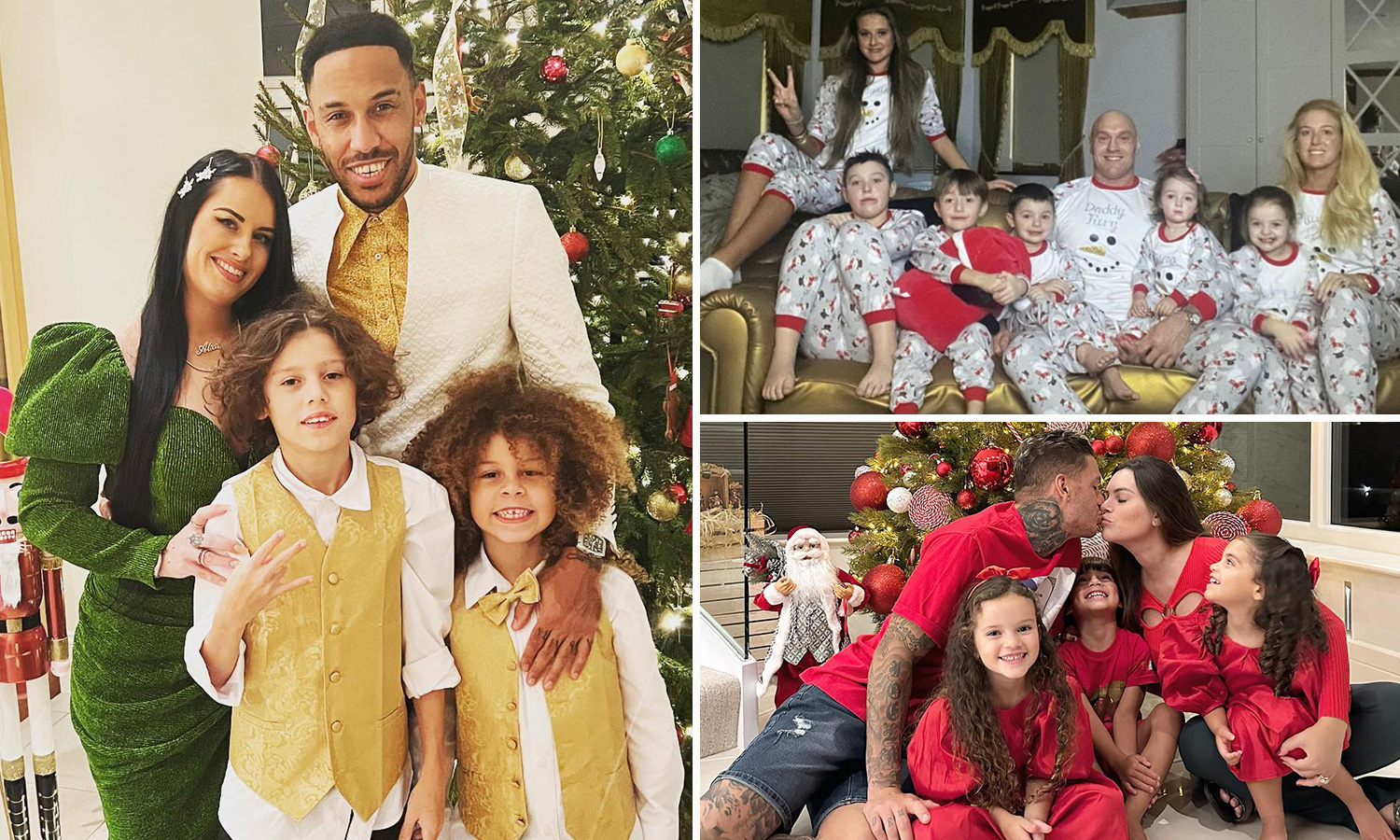 HEAVYWEIGHT champion Tyson Fury was one of several sports stars to wish the world a Merry Christmas with an adorable family photo.

Fury and wife Paris spent Christmas Eve on the sofa with their six children at their Morecambe mansion.

And just like many families around the world, the Furys all wore matching outfits.

The entire eight-man-strong Fury clan wore adorable snowman pyjamas with their names on them.

Proud mum Paris shared the snap to her Instagram story with the accompanying caption: “Merry Christmas from the Furys.” 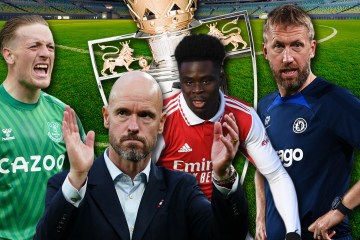 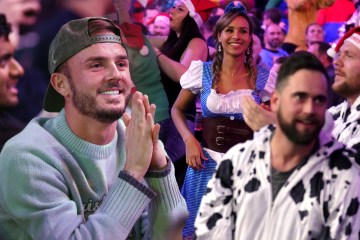 Fury wasn’t the only major sporting star getting into the festive spirit on Xmas Eve.

Sportsmen and sportswomen around the world also spread some Christmas cheer with their millions of social media followers.

Footy icon Lionel Messi – who lifted the World Cup less than a week ago – also got in on the act by posing for a heartwarming family snap.

Messi’s wife Antonela Roccuzzo shared a snap of them standing in front of a massive tree with their three sons with her near 30 million followers.

A slew of past and present Premier League stars also took to Instagram to share heartwarming snaps of themselves with their loved ones.

Chelsea hitman Pierre-Emerick Aubameyang posed for an adorable snap with his wife and two sons in front of a swanky-looking tree.

Liverpool hitman Darwin Nunez and girlfriend Lorena Manas sent their Christmas wishes with a snap of themselves enjoying a smooch by their tree with their two kids and dogs.

Nunez’s Liverpool team-mate Alisson was the picture of happiness in sweet photos of himself with his young family in front of their glittering tree.

Allison’s Brazil team-mate Ederson posted two snaps of his family, one of which he proudly kissed his wife Lais Morais as they embraced their three children.

England captain Harry Kane uploaded a series of photos from the festive season including his family sledging in the recent snow and his daughters decorating the Christmas tree.

Leicester City striker Jamie Vardy and wife Rebekah spread their festive cheer with a picture of themselves hugging in matching pyjamas in front of a massive tree outside of their house.

Ex-Chelsea stars Thibaut Courtois and Timo Werner both went for snaps in front of the tree too, although the former’s photo had a stunning misty mountain backdrop.

Although it may be tempting for them to indulge in an extra plate of Xmas dinner and a cheeky drink, Prem stars will have to watch their intake as most of them will be back in action on Boxing Day.