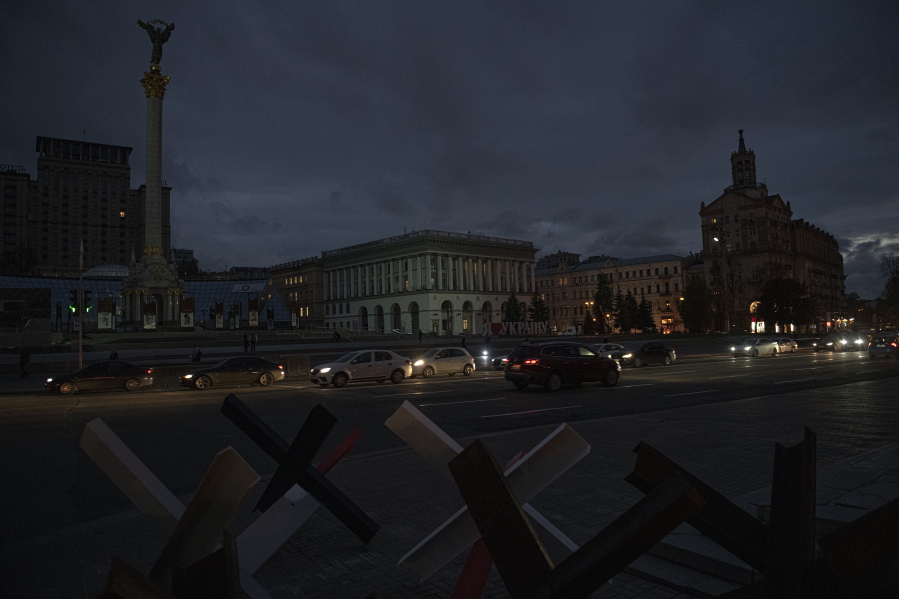 The official, who spoke on condition of anonymity to provide a military update, would not say where the inspections are taking place or how close to the battlefronts the U.S. troops are getting. The official said U.S. personnel can’t do inspections “close to the front lines,” but said they are going where security conditions allow.

The official said there have been several inspections, and they are being done by the U.S. Defense attache and the U.S. Office of Defense Cooperation team that is in Kyiv. So far, the official said, Ukrainian officials have been transparent about the weapons’ distribution and are supporting the inspections.

The effort is part of a broader U.S. campaign, announced last week by the State Department, meant to make sure that weapons provided to Ukraine don’t end up in the hands of Russian troops, their proxies or other extremist groups.

Earlier this year, the U.S. said a small number of U.S. military troops had returned to the embassy in Kyiv to do security and other tasks. U.S. President Joe Biden has ruled out any combat role for U.S. forces inside Ukraine.

U.S. officials have faced persistent questions from some members of Congress over how the administration is accounting for the billions of dollars in arms that have been sent to Ukraine over the past year. But the administration had been reluctant to detail its work on that front due to concerns about the state of the conflict and fears it might tip off would-be smugglers to potential evasion techniques.

The State Department said that so far Ukraine’s intense demand for weapons on the battlefield appears to be impeding black-market proliferation of small arms, portable air defense systems and anti-tank weapons such as Javelins. It said the main problem has been the seizure of weapons by Russian forces as they take ground, and warned that Moscow can use them to develop countermeasures or conduct false-flag operations.