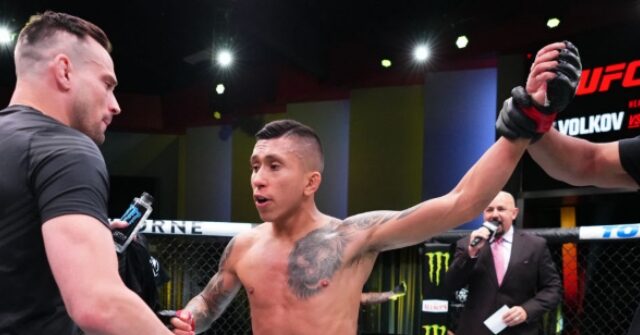 Jeff Molina, the No. 14 ranked UFC bantamweight, and his coach, James Krause, have been suspended amid accusations of fight-fixing.

Molina was suspended by the Nevada State Athletic Commission this week, according to ESPN. The reason for the suspension was not made public.

However, ESPN added that both Molina and coach Krause have been implicated in an investigation of gambling violations and perhaps fight-fixing.

The UFC also demanded that all of Krause’s fighters formally withdraw from his employ or face exclusion.

Krause and Darrick Minner, one of the coach’s fighters, were suspended by NSAC after being suspected of suspicious behavior concerning Minner’s Nov. 5 UFC fight in Las Vegas against Shayilan Nuerdanbieke. The FBI is reportedly involved in the investigation.

Sources have also told ESPN that Molina has been implicated in the incident.

“In response to these accusations and questions about the integrity of the sport, the Ontario sports betting commission banned mixed martial arts wagering until further notice. Minner was suspended, and the NSAC opened an investigation into suspicious wagering,” The Daily Mail added.

The investigation was launched after an unusual amount of betting activity in the hours before the Nov. 5 fight, which Minner lost in a first-round TKO after he showed a leg injury. But in the hours ahead of the bout, a flood of bets for Nuerdanbieke to win in the first round came in at sportsbooks. “Nuerdanbieke moved from a -220 favorite to a -420 favorite,” ESPN noted. 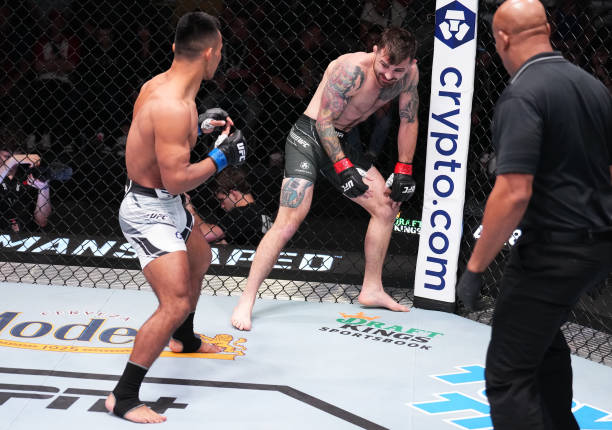 According to NSAC, Miner and Krause were suspended because they did not disclose Minner’s injury before the Nov. 5 fight. But both are also under investigation by other authorities for “further violations.”

There have also been other repercussions from the investigation.

‘Unacceptable rate of cancellations and delays’