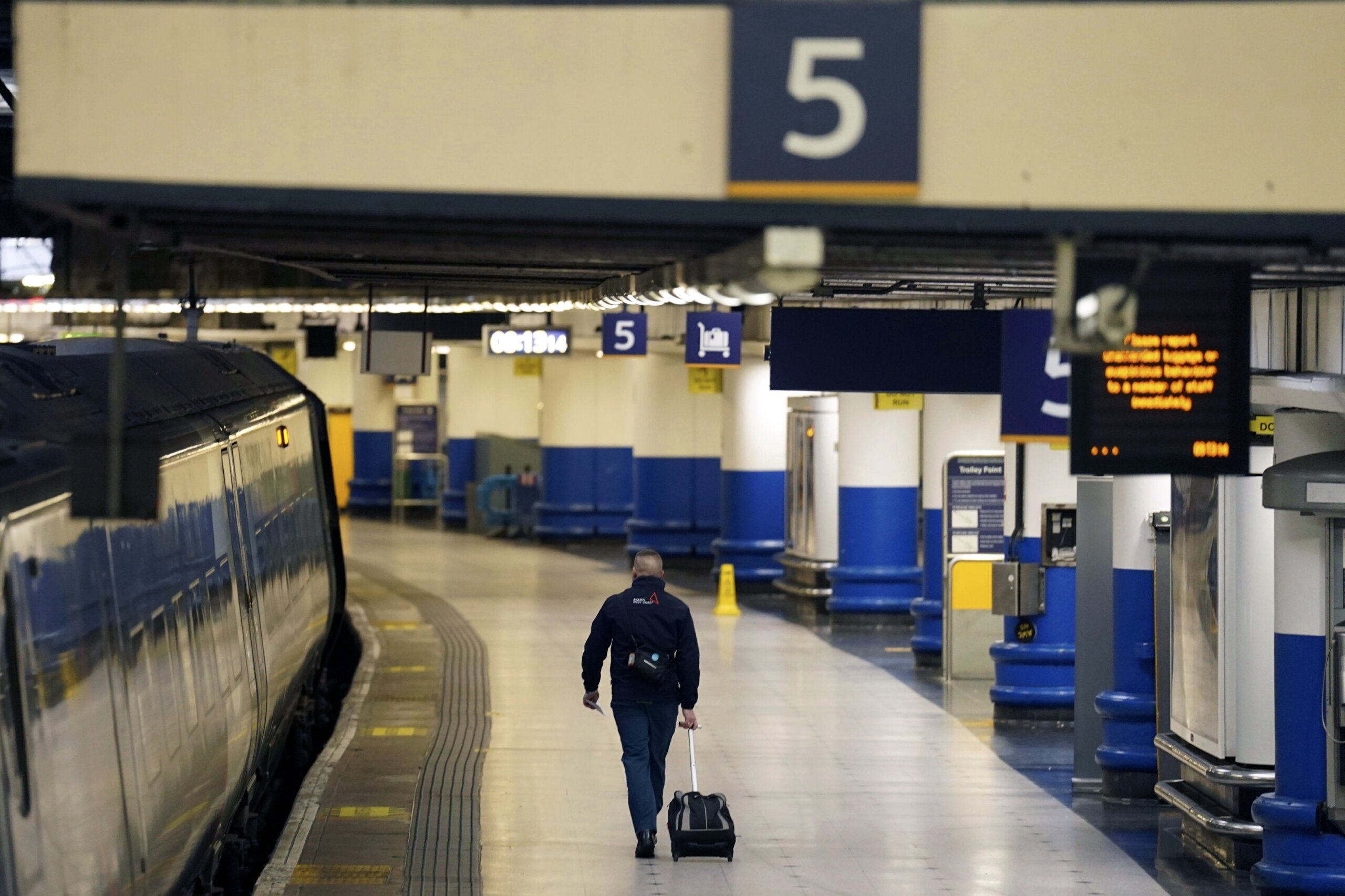 LONDON (AP) — Commuters returning to work on Tuesday after the Christmas break were advised not to travel as tens of thousands of British rail workers stage a fresh round of strikes that will disrupt services all week.

Around half of the U.K.’s railway lines are closed, and only one-fifth of services are running amid a long-running dispute over pay and working conditions.

Members of the Rail, Maritime and Transport union were striking Tuesday, Wednesday, Friday and Saturday, while drivers in the Aslef union will strike Thursday. Many places, including most of Scotland and Wales, have no train services.

Transport Secretary Mark Harper urged union leaders to come to the negotiating table and said the government has offered a “very fair pay offer.” But union boss Mick Lynch said officials have not put forward any fresh proposals and suggested the government was blocking an agreement.

“What we keep hearing is the same stuff from the government across the sectors that they want to facilitate an agreement, but they don’t actually do anything,” Lynch told Sky News from a picket line at London’s Euston train station.

Train companies and the government argue they need to change the way the rail network operates to control costs after the coronavirus pandemic reduced passenger traffic and changed commuting patterns.

But rail workers, like others who work in the public sector, say wages have failed to keep pace with the skyrocketing cost of living. Inflation in the U.K. has soared to a 41-year high of 11.1%, driven by sharply rising energy and food costs.

Nurses, airport baggage handlers, ambulance and bus drivers and postal workers were among those who walked off their jobs in December to demand higher pay.

Matthew Taylor, chief executive of the NHS Confederation, which represents National Health Service organizations, urged the government to reopen talks with unions over pay. He said the last thing hospitals needed was four days of strikes in January as they grappled with too few staff and high demand exacerbated by more flu and COVID-19 cases.