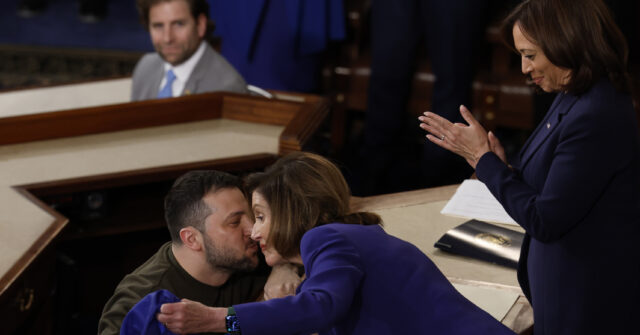 Ukraine’s President Volodymyr Zelensky has congratulated Republican politician Kevin McCarthy on becoming Speaker of the House of Representatives, telling him Ukraine is counting on his “continued support” and more U.S. aid.

“Congratulations to [Kevin McCarrthy] on his election as the Speaker of the [United States] House of Representatives,” Zelensky wrote on social media.

“U.S. support in all fields has been vital for [Ukraine’s] success on the battlefield. We’re counting on your continued support and further U.S. assistance to bring our common victory closer,” he added.

Congratulations to @GOPLeader on his election as the Speaker of 🇺🇸 House of Representatives. U.S. support in all fields has been vital for 🇺’s success on the battlefield. We’re counting on your continued support and further U.S. assistance to bring our common victory closer.

McCarthy was elected House Speaker, succeeding 82-year-old veteran Democratic Party politician Nancy Pelosi, after a gruelling series of 15 ballots — a contest the likes of which had not been since for 163 years — as a faction of America First-type Republicans dubbed the ‘Taliban 20′ withheld their support from him and tried to secure guarantees on issues such as border security and how and when bills are introduced.

On Ukraine, McCarthy has been somewhat less hawkish than the Republicans’ leader in the Senate, Mitch McConnell, who controversially claimed that “[p]roviding assistance for Ukrainians to defeat the Russians is the number one priority for the United States right now according to most Republicans” shortly before Christmas, despite the country’s ongoing border and inflation crises.

In October, McCarthy said people were “not going to write a blank check to Ukraine” if they were in the midst of a recession.

Ukraine has already received around $100 billion from American taxpayers — the equivalent of “more than $200 million [in 2022] from each Congressional district”, according to Congressman Thomas Massie.

Most recently, the Joe Biden administration announced it would be shipping M2 Bradley Fighting Vehicles (BFVs) to Ukraine — although Zelensky has complained there is “no rational reason why” he has “not yet been supplied” with heavier Western tanks, such as the American M1 Abrams or the German Leopard 2.