Ukraine security guarantees will not be same as for Nato member: Scholz 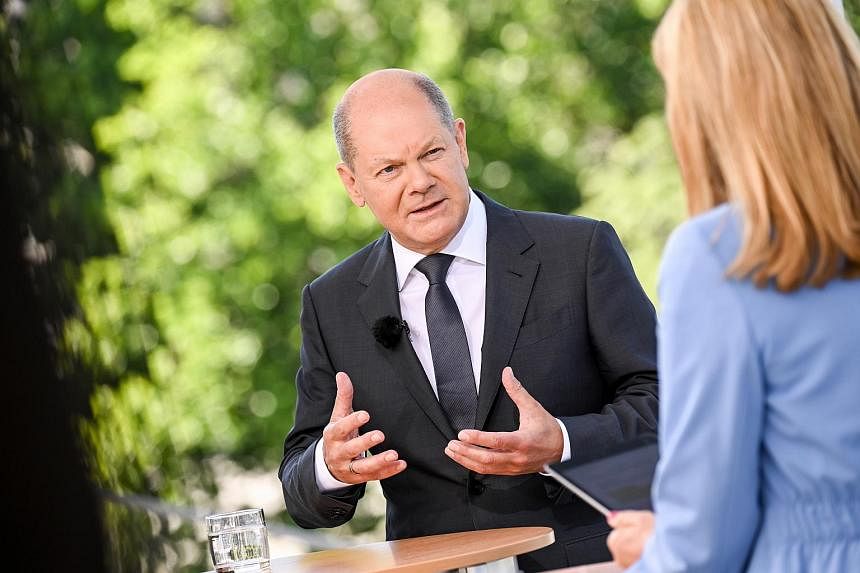 BERLIN (REUTERS) – Germany is discussing security guarantees for Ukraine with its allies in preparation for a time after the war, but these will not be the same as for a member of the transatlantic alliance, German Chancellor Scholz told the broadcaster ARD on Sunday (July 3).

“We are discussing with close friends the question of the security guarantees we can give. This is an ongoing process. It is clear that it will not be the same as if someone were a member of Nato,” Scholz said.

Scholz, who took office in December, has faced accusations at home and abroad of failing to show leadership in the Ukraine crisis and failing to convey empathy for citizens struggling with the soaring inflation that it has helped to fuel.

But the Social Democrat chancellor, whose mechanical style of communication has earned him the nickname “Scholzomat”, said he did not want to be one of the “politicians who each week make a promise but then don’t keep 90 per cent of them”.

“Especially in such difficult times, it’s not the time for people who constantly say something, but for people who make sure that basic decisions are made,” he said.

Scholz said he was “very worried” about the impact of soaring energy inflation, but that the government needed to assess the impact of its latest multibillion-euro relief package before considering a new one.

“Next year will be the biggest challenge,” he said. “For this year, almost everyone who has done the calculations says we’re going to offset about 90 per cent of the price increases for the lower and medium income households through the measures already decided.” Asked if he felt the effect of inflation in his own life, he said he had shopped for groceries “just yesterday”, and was able to name correct prices for a range of different goods.

Scholz countered suggestions that he was over-cautious by pointing to his government’s record increase of the minimum wage and its radical shift in defence policy: breaking with decades of refusal to send arms to a conflict zone and creating a €100 billion (S$146 billion) fund to upgrade the army.

Asked whether his three-party coalition government with the Greens and Free Democrats would introduce a default speed limit on motorways to reduce energy consumption, Scholz referred to their coalition pact, which ruled this out.

On Covid-19, he said Germany would not shut schools and non-essential businesses again if infection rates rose significantly this year, but that face masks would play a bigger role.

The G7’s oil price cap is a perilous gamble – POLITICO