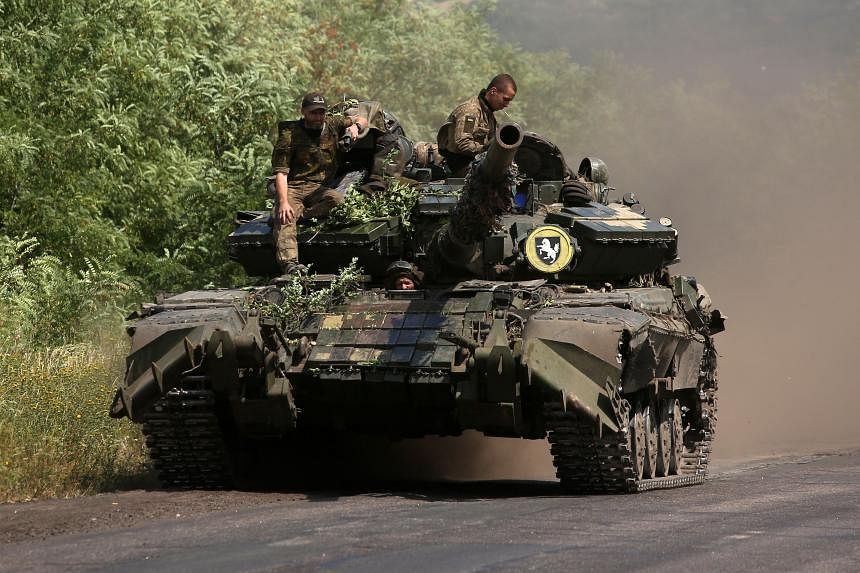 KYIV/LONDON (REUTERS) – Ukraine has asked its international creditors, including Western powers and the world’s largest investment firms, to freeze its debt payments for two years so it can focus its dwindling financial resources on repelling Russia.

Facing an estimated 35 per cent to 45 per cent crash in gross domestic product this year, following Moscow’s invasion in February, Ukraine’s finance ministry said on Wednesday (July 20) it was hoping to finalise the deferral on its roughly US$20 billion (S$27 billion) of debt by Aug 9.

The delay, which was quickly backed by both the major Western governments and heavyweight funds that have lent to Kyiv, would come just in time to put off around US$1.2 billion of debt payments due at the start of September.

The government’s proposal, posted on its website, said all its bond interest payments would be deferred under the plan, although to avoid what would be classed as a hard default it also offered lenders additional interest payments once the freeze ends.

“The disruption to fiscal cash flows and increased demands on government resources caused by the war has created unprecedented liquidity pressures and debt servicing difficulties,” the finance ministry said.

It came amid signs that Moscow is now stepping up its assault, with Russian Foreign Minister Sergei Lavrov saying on Wednesday that the Kremlin’s military objectives in Ukraine now go beyond the eastern Donbas region.

Ukraine has estimated the costs of the war combined with lower tax revenues has left a US$5 billion-a-month fiscal shortfall – or 2.5 per cent of pre-war GDP. Economists calculate that pushes the annual deficit to 25 per cent of GDP, compared with just 3.5 per cent before the conflict.

On top of that, researchers from the Kyiv School of Economics estimate that it will already take over US$100 billion to rebuild Ukraine’s bombed infrastructure, while the head of the EU’s powerful financing arm, the European Investment Bank, has warned it could run into trillions.

It is estimated that the debt freeze could save Ukraine around US$5 billion over the deferral period.

“We, as official bilateral creditors of Ukraine, intend to provide a coordinated suspension of debt service,” a group of governments including the United States, Canada, France, Germany, Japan and Britain said shortly after Ukraine made its proposal.

“We also strongly encourage all other official bilateral creditors to swiftly reach agreement” the group added.

Ukraine’s finance minister, Sergii Marchenko, said in a statement that the plan had also received “explicit indications of support” from some of the world’s biggest investment funds including BlackRock, Fidelity, Amia Capital and Gemsstock.

Wednesday’s move had marked something of a U-turn from Kyiv, which had repeatedly said in recent months that it planned to keep up debt payments despite the war.

“This is gross”: GOPer brags his aide leaving to work for top bank at Wall Street…