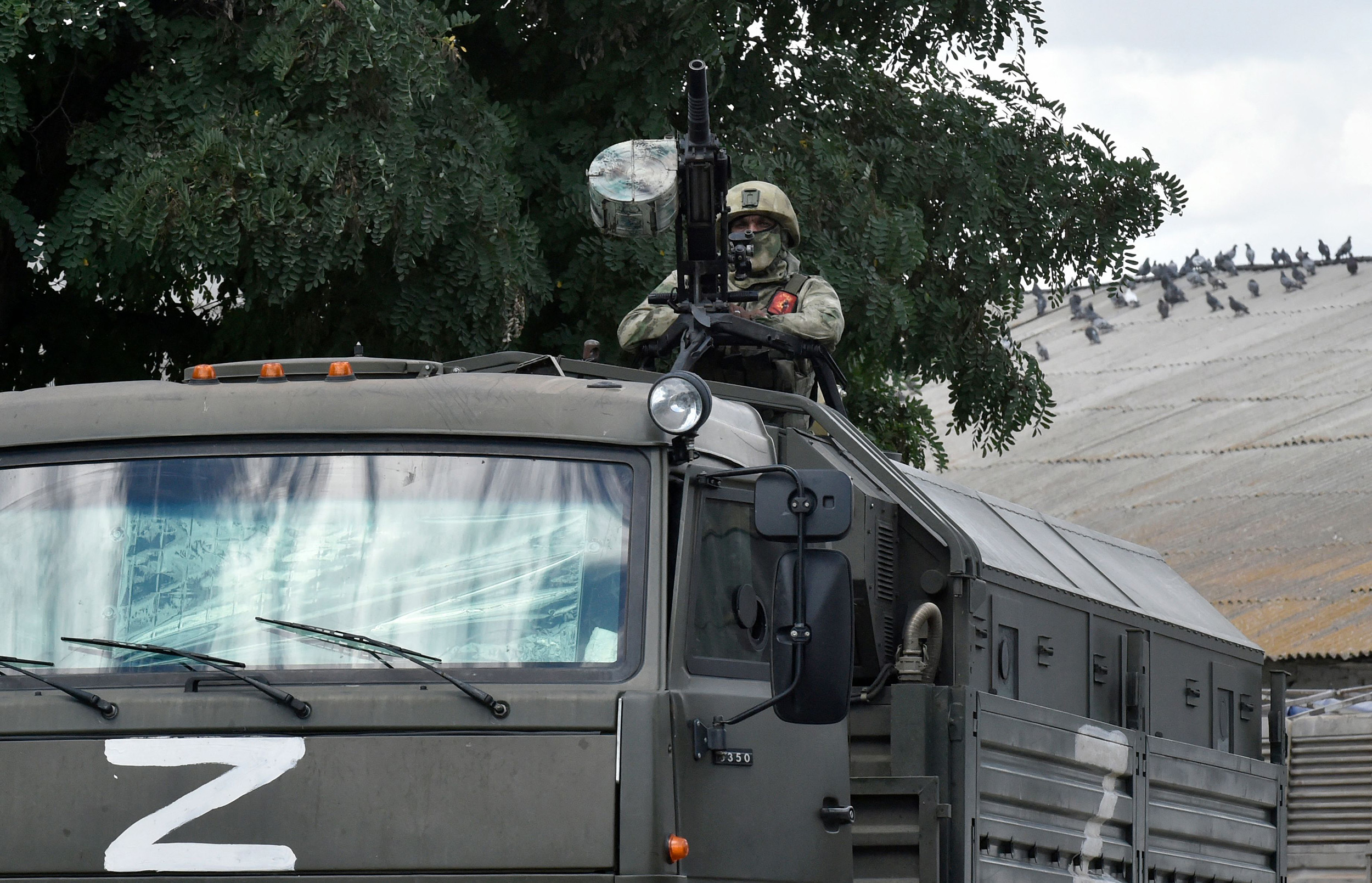 Ukrainian officials say a steady flow of Russian military equipment continues to move westward from Mariupol toward other parts of southern Ukraine, where Ukrainian forces are on the offensive.

The assertion is supported by recently geolocated video of Russian armor moving through parts of southern Ukraine.

We continue to record the movement of military equipment through Mariupol,” Petro Andriushenko, an adviser to the mayor of occupied Mariupol, said Sunday.

Andriushenko, who is not in Mariupol, said “a large convoy of up to 100 units of military equipment passed through the city in the direction of the Zaporizhzhia region” on Saturday. The column included infantry fighting vehicles.

“In addition, a large number of Russian soldiers, brought in by KAMAZ trucks, settled in the villages of the Nikolske and Manhush districts” – two districts west of Mariupol.

Last week, CNN geolocated a large Russian military convoy heading west near the city of Melitopol in the Zaporizhzhia region.

Photographs posted in a Mariupol local community group on July 15 also appeared to show Russian military vehicles on the move through the city on the way to Berdiansk.

Some independent analysts believe the Russians are moving forces westward potentially to support Russian forces that are on the defensive in Kherson after coming under attack by Ukrainian long-range weapons.

On Sunday, Ivan Fedorov, the mayor of Melitopol, said there had been a number of explosions south of the city (in Yakymivka – where Ukrainian saboteurs blew up a railroad bridge in April.) He gave no explanation, but Russian bases in the region have been struck by long-range Ukrainian artillery at least three times this month.

Fedorov said Russian forces were increasing the pressure on the civilian population in Melitopol, sealing off neighborhoods and conducting questionnaires.

People in the temporarily occupied territories live in such a hell today. And of course, the [Russians] will use the data they collect for their fake statistics and pseudo-referendums,” Federov said.

Fedorov added some 500 people were stranded at the Russian-controlled checkpoint in Vasylivka, the last remaining crossing-point for civilians to reach Ukrainian-controlled territory.

In Kherson, where Russian command posts and ammunition dumps have come under attack in recent weeks, Ukraine’s Operational Command South said “units of the Russian occupying forces (have) massively changed their deployment points, trying to hide behind the civilian population.”

It claimed that Russian forces have abandoned some bases for fear of further strikes and chosen “new deployment locations in densely populated residential areas, hoping that the defense forces of Ukraine will not carry out strikes that could be a threat to local residents.”