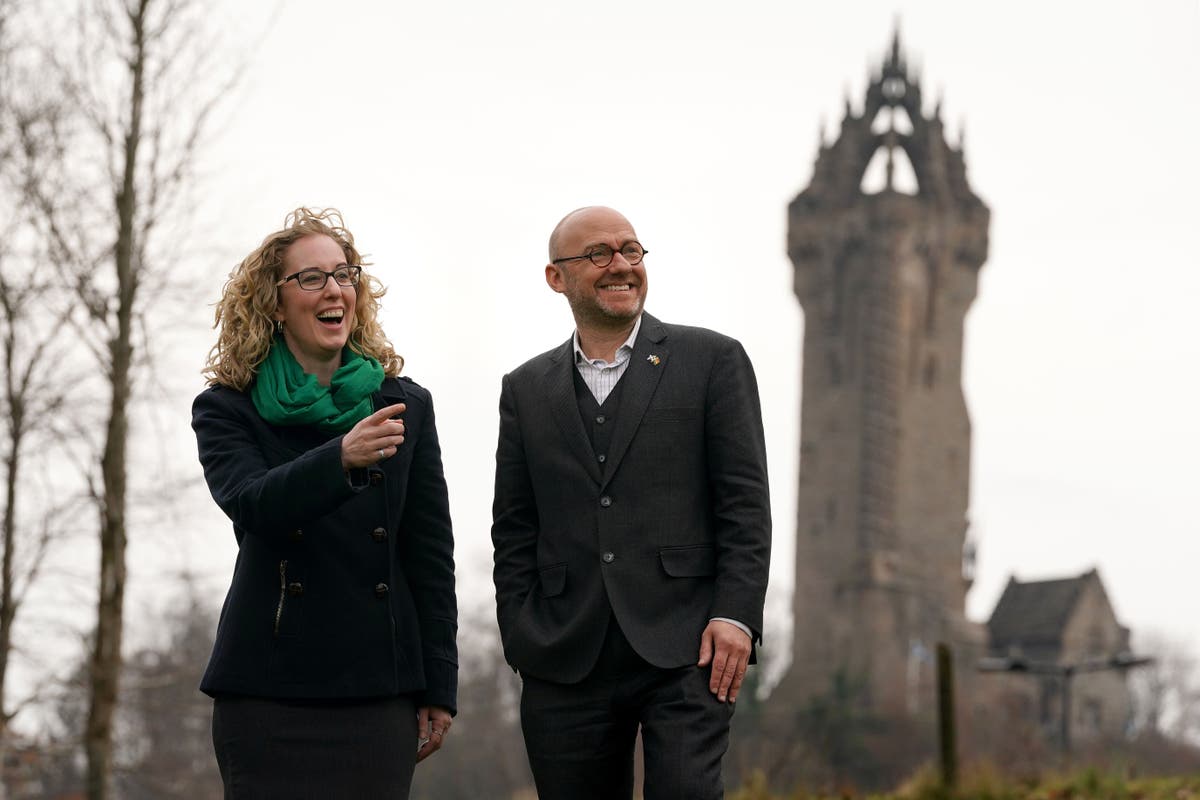 nionist parties should have the “courage of their convictions” and call another vote on Scottish independence, the co-leader of the Scottish Greens Lorna Slater has said.

Last week, the UK Supreme Court ruled the Scottish Parliament did not have the power to legislate for a referendum, closing all routes to a further poll that do not require Westminster consent.

The ruling means the UK Government would have to provide the necessary powers through a section 30 order.

In a joint interview with her fellow co-leader, Ms Slater told the PA news agency that unionist parties are scared of losing another referendum.

“I’m continually frustrated by the unionist parties lacking the courage of their convictions,” she said.

“Because I fully believe the reason they won’t let us have a referendum is because they know they’re going to lose it.

“They don’t spend any time at all arguing for why the union is good, they know haven’t got a basis for that – especially with Brexit, especially with unpopular things like the unelected House of Lords, especially the economic disaster we’ve seen coming out of Westminster.

“They know they have no case to make for the union.”

It is also for the UK Government, Ms Slater said, to lay out the path to a section 30 order being granted.

“If this is a democracy, they have to say what the route to a section 30 looks like,” she said.

Scottish Tory constitution spokesman Donald Cameron said: “It takes some nerve for any Green politician to talk about opponents lacking the courage of their convictions when they sold out in order to shore up their friends in the SNP and push for an unwanted and divisive referendum.

“And it’s nonsense to argue that the Conservatives have no case to make for the union.

“From the vaccine roll-out to the help being offered though the cost-of-living crisis, the UK Government has delivered for the people of Scotland, every one of whom benefits to the tune of around £2,000 as a result of the union.”

“Instead of returning to the divisive arguments of the past, Scottish Labour are focused on delivering the change Scotland needs.

“We are working day in, day out to kick this economically illiterate and morally bankrupt Tory government out of office.”

Greens co-leader Patrick Harvie also said that a win in a de facto referendum – the use of a national election as a bellwether of public support for independence – should mean the UK Government agrees to begin negotiations on Scotland’s separation from the union.

“I think the notion has to be that if every route to a referendum has been closed off by the UK Government, then you’re contesting an election on the basis that will establish the view of the Scottish people,” he said.

“If there’s a majority of votes cast for pro-independence candidates, that should begin the negotiations between the two governments.”

Ms Slater added: “That highlights why a section 30 is still the right route for this, because that’s the tool for having this discussion, it’s ridiculous to withhold that tool.”

Senior SNP member Toni Giugliano – the party’s policy development convener – said at the weekend the promise of a section 30 order and new referendum would “honour democracy”.

Meanwhile, Mr Harvie also took aim at the Alba Party, saying he “would be happy if they didn’t get any votes at all, frankly” at the next election, adding that they are “not at all progressive” when asked if he would be comfortable working with the party led by Alex Salmond.

Both parties have found themselves on the opposite side of the terse debate around reform to the Gender Recognition Act, with the Greens staunchly in favour while Alba take the opposite view.

Covid-19 and flu: best way to protect yourself and those around you