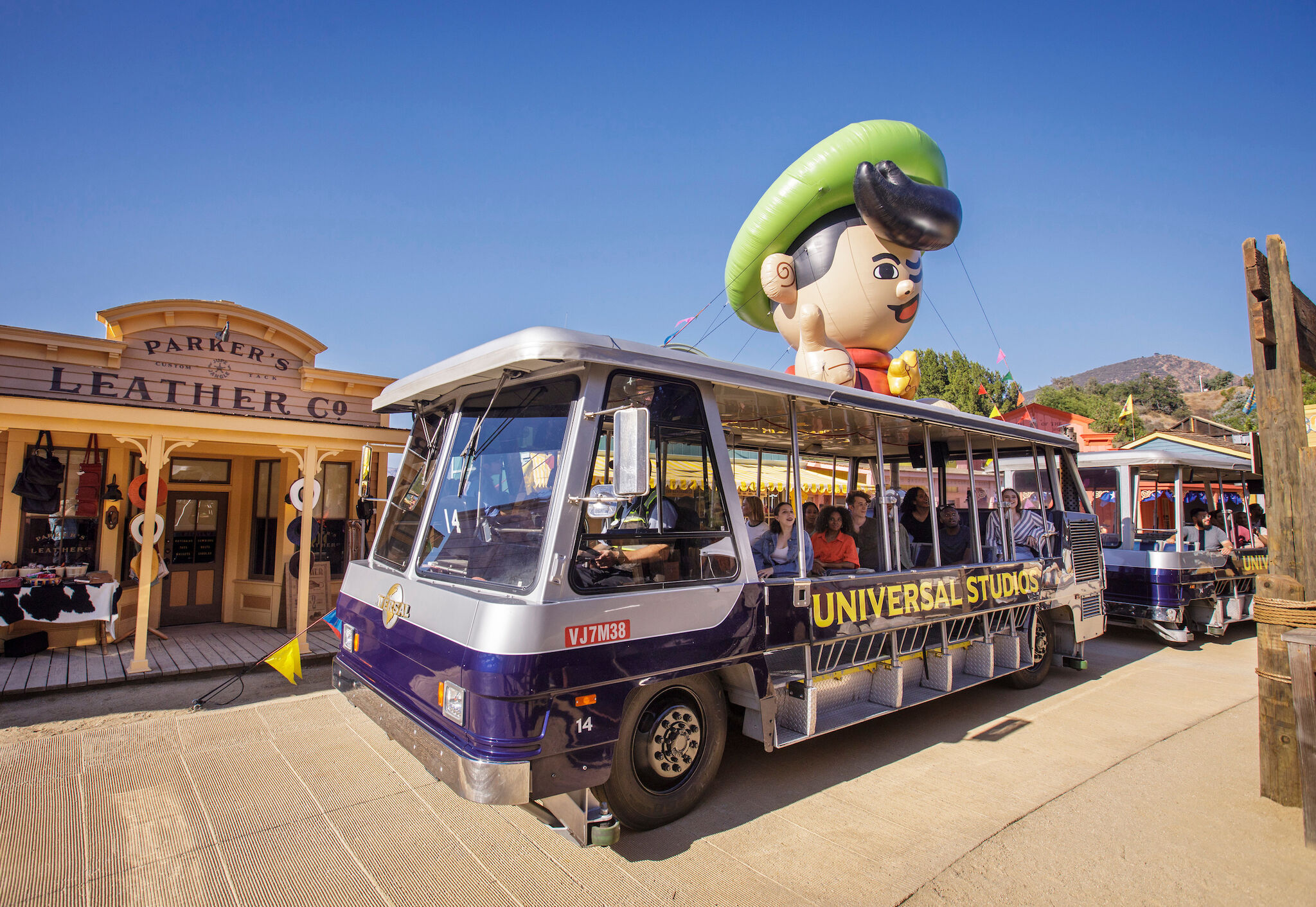 I’ve said it before and I’ll say it again: I love Universal Hollywood’s Studio Tour immensely. The theme park tour takes you through a real working Hollywood studio, where you might spot bona fide celebrities (I’ve seen John Legend and Aidy Bryant from the tram). It’s also a delightful 45-minute break from standing in lines in scorching LA heat, while still being entertained as you’re driven around on a shaded tram bus.

But more than that, because it’s a working studio, the tour is never the same twice. I’ve been on the Studio Tour dozens of times, and on my most recent visit, I saw a piece I had never seen before. The section of the metro backlot usually featured was closed for a production, so they took us through the London section, used in Universal’s classic monster movies and in Marvel’s “Agent Carter.”

Also, this time, I almost got abducted by aliens. Or really, eaten by one.

At the end of July, Universal Hollywood added a new permanent attraction to the Studio Tour, its first one in seven years. Now, after guests survive an earthquake in a BART station and narrowly escape a shark attack on Amity Island, they’ve got another gauntlet to survive: Jupiter’s Claim, the Wild West attraction from Jordan Peele’s “Nope.”

In the movie, Jupiter’s Claim is a theme park in Agua Dulce, near Santa Clarita, which is run by a former child star who leans hard into what made him famous as a kid: starring on a beloved TV show called “Kid Sheriff,” and surviving the horrific chimpanzee attack that ended the show.

To film the movie, Peele constructed the entire park in Agua Dulce, but then preserved the set — which was then reconstructed piece by piece inside Universal, complete with props from the movie, like one extremely ill-fated horse statue.

Peele first teased Jupiter’s Claim on July 1, when he tweeted out a website for the fictional park ahead of the film’s July 22 release. Once you navigate to the website, you get this message:

“Hello! Former child actor and reality TV star, Ricky ‘Jupe’ Park here, of Kid Sheriff(C) fame! I’m thrilled to have you drift on into the dusty claim I’ve staked in these here parts!” the site reads. “Jupiter’s Claim(TM) is the bestest darn California Gold Rush theme park in the Santa Clarita / Lancaster area! Perfect for family outings, school groups, and birthday parties! Saddle up, pan for gold and earn my proprietary Jangle(R) and remember, you get what you get and you don’t get upset!”

What the guests get in the film turns out to be quite different from Jupe’s marketing. I won’t give it away, but let’s just say things don’t end well.

After the tram has left the airplane crash scene from Steven Speilberg’s “War of the Worlds,” it pulls around to the inviting gates of Jupiter’s Claim. There are brightly colored flags and signs welcoming you to the Wild West theme park — only as you pull towards it, you see a horse trailer and truck that have been in a bizarre accident. If it weren’t for the crashed motorcycle and the air that something isn’t quite right, you might think you were in a place like Knott’s Berry Farm. There’s an old timey theater, bank, general store, stunt show and a “winkin’ well” where you can, in the movie, peer down into the well, put in a coin, and have your photo taken.

On the Jupiter’s Claim website that Peele tweeted out, there’s a clue as to how the well figures into the movie. The site has two modes, daytime and nighttime, that alternate if you stay on a page long enough. By day, the Winkin’ Well is described as “a photographic document of your handsome prospecting lifestyle. … Don’t forget to give those flashbulbs a wink as you smile into the past.” But at night, it gets darker.

That’s the kind of atmosphere that the Studio Tour creates in this new Jupiter’s Claim section. You feel unsettled, with curiosity quickly morphing into a sense of imminent danger. There’s no “Jaws”-style reveal like in the Amity Island section of the tour, and no Bruce the Shark animatronic jumps out at you. But that wouldn’t be in the spirit of “Nope” itself.

Experiencing the final effect of the Jupiter’s Claim scene was a lot like my experience of watching the movie: It was subtle, disquieting, but ultimately, made me wish there was a little bit more face time with the big bad in the sky.

The Bay Area is giving unlimited transit to nearly 50,000 students. Do you qualify?