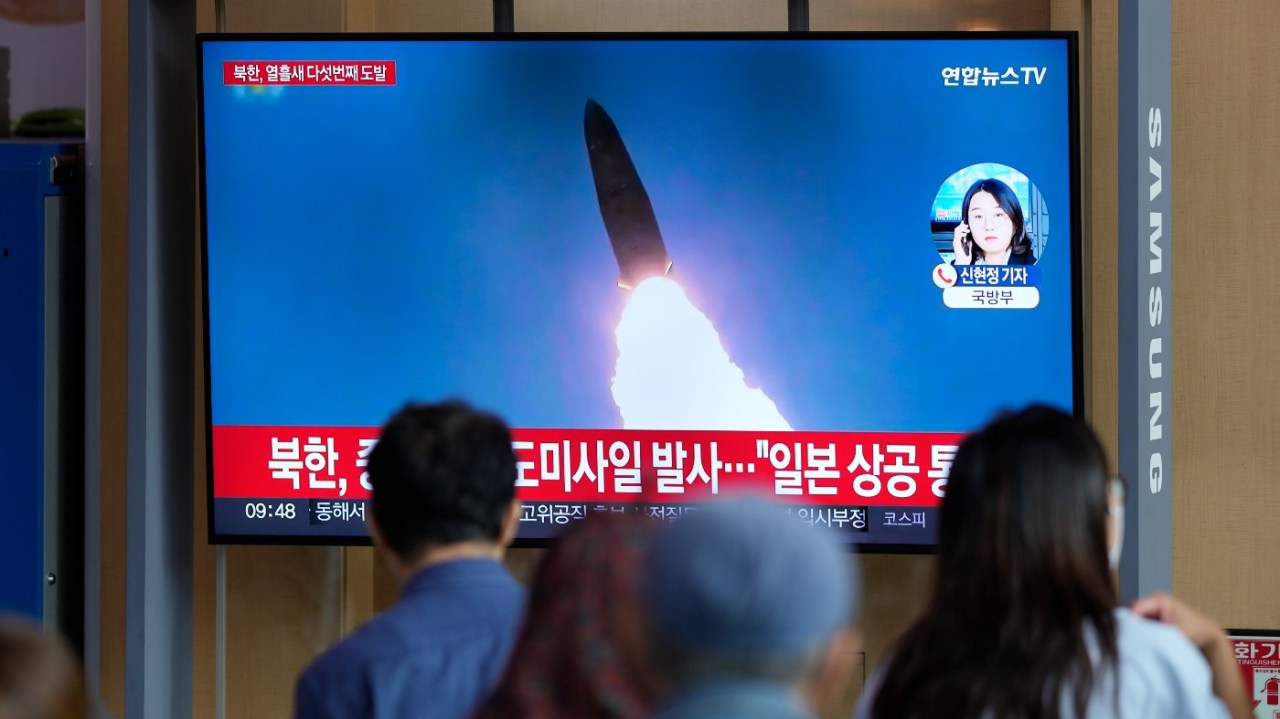 The U.S., along with the majority of members of the United Nations Security Council and the U.N. chief, have condemned North Korea’s missile launches as a flagrant violation of resolutions barring such tests and raise the risk Pyongyang is threatening the use of nuclear weapons.

Secretary of State Antony Blinken said in a statement that the sanctions announced Thursday are part of ongoing efforts to impede the North Korean regime from its ability “to advance its unlawful ballistic missile and weapons of mass destruction programs.”

Blinken said Pyongyang’s launching of an “unprecedented 60 ballistic missiles this year, including the test of several intercontinental ballistic missiles… pose grave security risks to the region and entire world.”

The U.S. sanctions target three individuals part of the Worker’s Party of Korea (WPK), the founding and sole political party in the country.

All three men are under European Union sanctions as well. Blinken said in his statement that the U.S. actions were taken in close coordination with Japan and South Korea.

“Jon and Yu both have played a role in the DPRK’s WMD [Weapons of Mass Destruction] programs and have participated in multiple ballistic missile launches, while Kim has been responsible for the implementation of WPK decisions related to the development of the DPRK’s unlawful nuclear and ballistic missile programs,” Blinken said.

While the sanctions carry implications of freezing U.S. assets and preventing Americans from carrying out transactions with blacklisted individuals, they are largely viewed as symbolic, as North Korean officials are unlikely to hold significant property in the U.S. or have access to transactions with U.S. persons.

Individual sanctions on isolated individuals are largely used as an effort to name and shame.

“Working with South Korea and Japan is important as is targeting senior officials involved in Pyongyang’s WMD and missile programs. But these are individuals will not travel to the U.S. or have bank accounts in the U.S., so these actions will have minimal impact,” tweeted Anthony Ruggiero, senior director of the Nonproliferation and Biodefense Program at the Foundation for Defense of Democracies and who served in the former Trump administration’s National Security Council.

“The administration should sanction and dismantle the networks inside China and Russia that North Korea uses for overseas laborers and export of coal, both are prohibited by the U.N. Security Council Resolutions and generate hundreds of millions of dollars for the Kim regime,” he added.

Russia and China have blocked efforts at the U.N. Security Council to pass resolutions that would impose harsher sanctions on Pyongyang over its missile tests.

U.S. Ambassador to the U.N., Linda Thomas Greenfield, called a meeting of the Security Council last month in response to Pyongyang’s November 17 ICBM test, condemning the missile launch as showing “utter disregard for the safety and security of the region” and “flagrantly” violating security council resolutions barring such tests.

Ye to no longer buy Parler

A missile launch in October was the first time North Korea had violated Japan’s airspace since 2017, United Nations Secretary General António Guterres said in a statement at the time, condemning that missile launch as triggering air raid sirens and text alerts for Japanese citizens to seek shelter.

North Korean officials have reportedly said the missile launches are in response to U.S. and South Korean military drills in the region.

Guterres said in a statement at the time that the missile launch “was a reckless act and a violation of Security Council resolutions.”