US weighs Covid-19 prevention measures for travellers from China 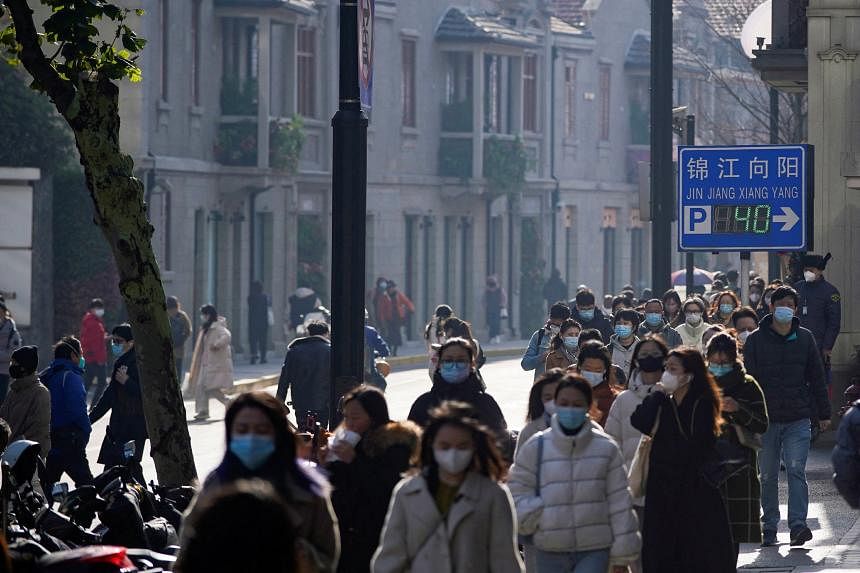 WASHINGTON – The US is considering taking new coronavirus precautions for people travelling from China, which has seen a rapid rise in infections as officials lift zero-Covid restrictions.

“There are mounting concerns in the international community on the ongoing Covid-19 surges in China and the lack of transparent data, including viral genomic sequence data, being reported from the PRC,” US officials said, using the initials of the People’s Republic of China.

The move comes after Japan, India and Malaysia announced stepped up rules on travellers from China in the last 24 hours, citing a rise in infections there.

Japan and India has said it would require a negative Covid-19 test upon arrival for travellers from China. Malaysia put in place additional tracking and surveillance measures.

Discontent with zero-Covid sparked protests in China, leading authorities to move rapidly toward ending those policies and three years of self-isolation from the rest of the world. Yet the speed of those changes has seen infections surge.

Some hospitals and funeral homes in China have been overwhelmed as the virus spreads largely unchecked across the country of 1.4 billion people.

Official statistics, however, showed only one Covid-19 death in the seven days to Monday, fuelling doubts among health experts and residents about the government’s data. The numbers are inconsistent with the experience of much less populous countries after they re-opened.

China has announced it will no longer subject inbound travellers to quarantine starting Jan 8. People arriving in China will only be required to obtain negative test results within 48 hours of departure, the country’s National Health Commission said in a Monday statement.

At the same time, China is experiencing the world’s largest Covid-19 outbreak, raising concerns among public-health officials worldwide. Almost 37 million people may have been infected with the virus on a single day last week, according to estimates from the government’s top health authority.

US officials said they were considering new travel precautions based on consultations with public health experts and international partners. They said the talks have been prompted in part by concerns over the lack of genomic sequencing data that could help identify the emergence of a new variant.

Health experts have said they’re worried that the virus’ unabated spread could spawn a dangerous new variant for the first time since the Omicron strain caused infections to surge more than a year ago.

China will also reduce Covid-19 case reporting from daily to monthly, an official from the country’s Center for Disease Control and Prevention told the People’s Daily in a Tuesday interview. BLOOMBERG

Tesla and bitcoin have more in common than you think

Bidens head to US Virgin Islands for holiday break