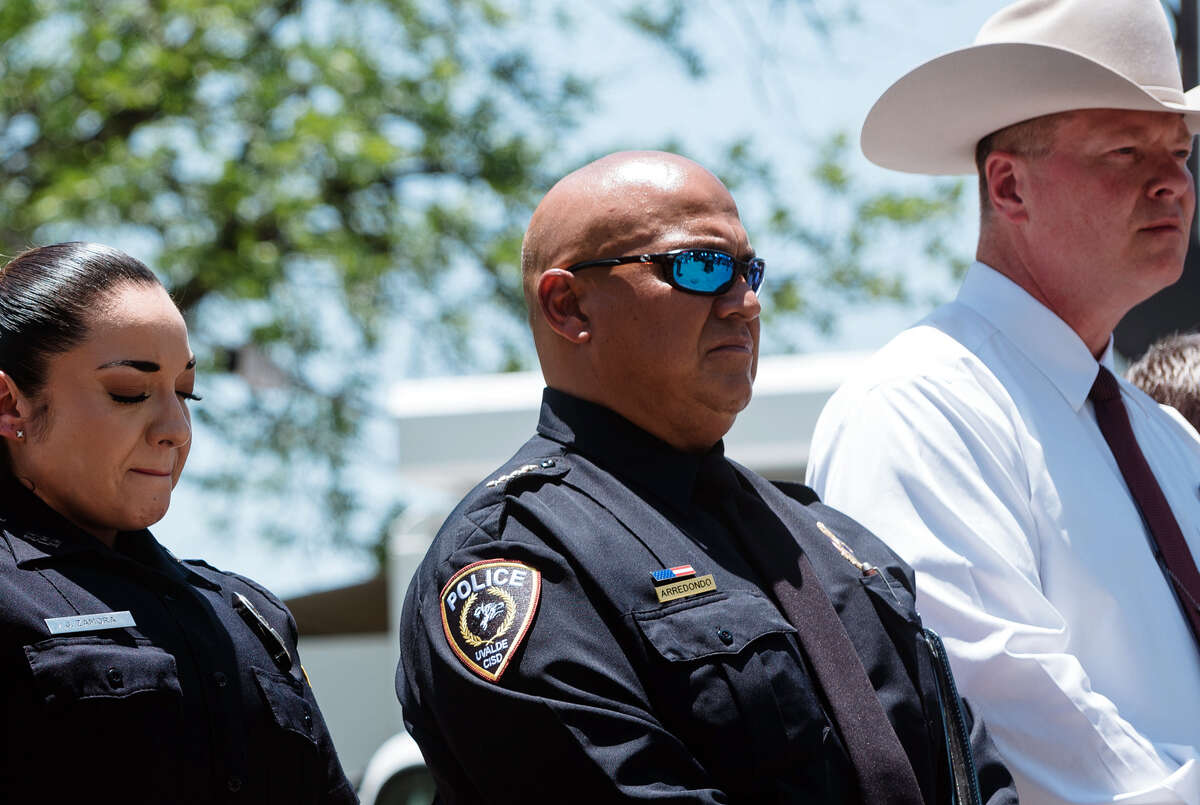 The Uvalde School Board will hold a special meeting Saturday to vote on the fate of UCISD Police Chief Pete Arredondo, whose inaction during the course of May 24’s tragic shooting at Robb Elementary elicited renewed calls for his firing from Uvalde residents this week.

The Texas Tribune’s William Melhado on Wednesday reported that Uvalde Superintendent Hal Harrell recommended Arredondo’s firing in the aftermath of a fiery Monday school board meeting, which saw parents and locals berate school board members for failing to oust the disgraced police chief in the nearly two months since the deadly attack.

Arredondo was among the few officers mentioned by name in a Texas House committee report released Sunday that details law enforcement’s delayed response on the day of the attack. The police chief is singled out in the 82-page document as having failed to establish himself as incident commander on the scene and follow the district’s active shooter response plan, which he himself helped co-write.

“This was a central role [Arredondo] had assigned to himself in the plan mentioned above, yet it was not performed by anyone,” the report stated. “The void of leadership could have contributed to the loss of life as injured victims waited over an hour for help.”

Since the attack, which left 19 students and two teachers dead, Arredondo has remained on paid leave—much to the dismay of attendees at Monday night’s school board meeting. Shouts of “Shame on you!” erupted from the crowd and parents threatened to pull students from the district during the meeting’s open forum segment. Some held signs reading “Prosecute Pete Arredondo.”

Saturday’s school board meeting will end in a closed session wherein board members will deliberate on the police chief’s future and consult legal counsel on the potential ramifications of terminating the officer. On Monday, Harrell stated that Arredondo is a contract employee who could not be fired at will, according to the Associated Press’ Jake Bleiberg.

Love Island UK 2022: Billy and Summer are DUMPED from the villa