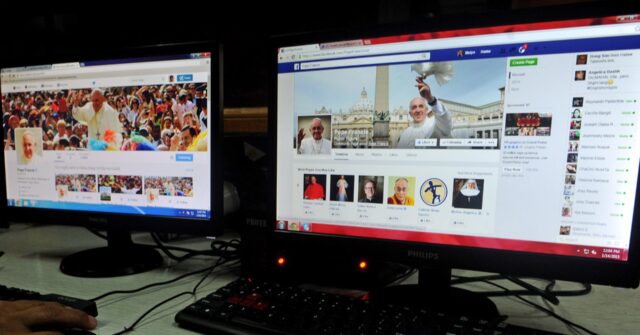 ROME — The Holy See’s website was shut down for many hours Wednesday by a cyber-attack after the Vatican offended both Russia and China in past days.

On Monday, the Jesuit-run America magazine published an interview with Pope Francis in which the pontiff said that the “cruelest” soldiers in the war on Ukraine are not native Russians but rather ethnic minorities such as Chechens and Buryati.

The pope’s comments were met with fury by the Russian government, which accused Francis of “Russophobia,” “race-baiting” and trying to divide the Russian people.

Meanwhile, the Vatican accused Beijing of violating its 2018 bilateral agreement with the Holy See on the appointment of bishops by demoting a bishop of the underground Church, relocating him as an “auxiliary bishop” in a newly created diocese not recognized by Rome.

Cyber-hacking the Vatican’s computer network in retaliation for perceived affronts or to obtain classified information is nothing new.

In 2015, Turkish hackers knocked out the Vatican website twice in the space of 24 hours after Pope Francis described the Turkish massacre of 1.5 million Armenians in 1915 as “the first genocide of the twentieth century.”

File/The Vatican’s wearable ‘eRosary’ smart device and a tablet featuring an app for guided prayer are pictured on October 15, 2019. The “Click to Prayer eRosary” is a device in the shape of a cross that syncs to a free app that tracks a user’s progress, targeted to young people as a tool to educate about praying the rosary. (CATHERINE MARCIANO/AFP via Getty)

A tweet written in Turkish on the “Techworm” Twitter feed stated: “Dear Pope you should have defended your website as much as you defended the Armenians.”

In 2020, the U.S.-based cybersecurity firm Recorded Future revealed that Chinese state-sponsored cyber-hackers had infiltrated the Vatican’s computer networks just as the Holy See was entering into discussions with Beijing over the renewal of their 2018 accord.

Recorded Future said that hackers had targeted both the Vatican and the Holy See’s Study Mission to China, a group of Hong Kong-based Vatican diplomats who were negotiating the Church’s status in China.

Several months after its initial report, Recorded Future issued a second report in which it declared that Beijing’s hacking of Vatican computers had continued unabated, despite extensive international publicity.

Following this week’s attack on the Vatican, Ukrainian Ambassador to the Holy See Andrii Yurash was quick to point the finger at Russia.

Russian hackers “demonstrate one more time the true face of Russian politics,” he wrote, adding that the attack came in response to the pope’s latest comments.”

The U.S. wants the EU to be strict with China. But Europe can’t afford it