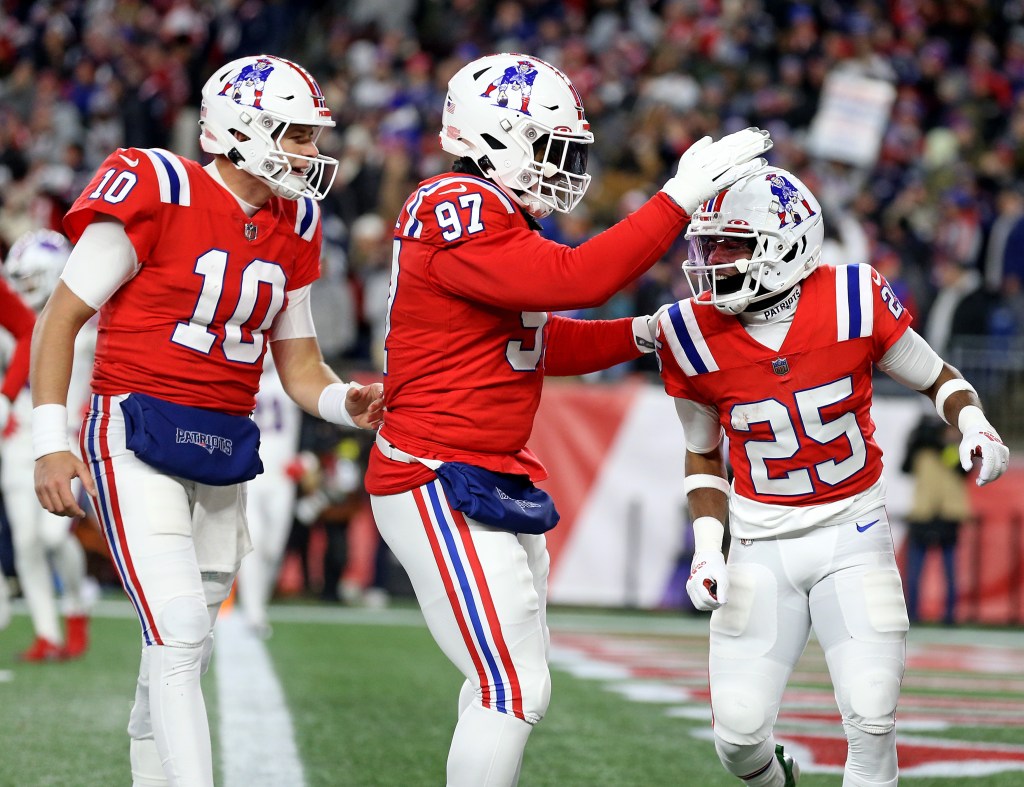 For one play, at least, the Patriots offense wasn’t so predictable.

On a 2nd-and-5 play on their second offensive possession in the first quarter, Matt Patricia threw in a new wrinkle.

On his first offensive snap, he lined up in the slot, took a quick pass from Mac Jones, and was gone. He hauled 48 yards for a touchdown, which gave the Patriots a short-lived 7-3 lead.

Bills defender Damar Hamlin was the only player with a chance to stop him, but waved in futility as Jones flew by him.

The play energized the crowd, and gave the Patriots a brief spark early in the game.

“That was a great play by him. He’s been making a lot of plays all around, and it was definitely a spark,” said wide receiver Kendrick Bourne. “That was a five-yard route that went for 40.”

For his part, Jones said the play took a backseat to the end result, a 24-10 loss. Unlike his scintillating 84-yard walk-off punt return touchdown against the Jets a few weeks back, this game didn’t end in victory.

“We definitely didn’t get the win that we wanted to get,” said Jones. “That’s the main thing.”

Jones played offense, defense and special teams at the University of Houston last season. Since the Patriots made Jones a third-round selection, they had only used him at cornerback and as a returner until sticking him in the slot for a few snaps. He finished with two catches for 51 yards.

After the game, Jones indicated that during the week, the coaches asked him to switch over and take some plays on offense with the possibility of using those plays in the game.

“It was one of those situations where it was a week thing,” Jones said, meaning it was something new for the week. “Coach came up to me and asked me about different things. There ain’t too much to it after that. I just tried to do what coach said.”

Basically the play was called, and Mac Jones had to make a quick read the defense, before shooting it over to Marcus.

“Whatever he sees, that’s what we go with,” said Jones.

Asked if he thought this might happen more often going forward, Jones said he didn’t know.

“It’s a week to week thing,” he said. “Whatever I can do to help the team, I’m definitely going to do it.”

Jones said it was nice that the coaches trusted him to have a role in all three phases.

“It definitely means a lot,” he said. “Just coming in and making sure I’m one of those people who’s going to keep my head down, and keep working . . . for the coaches to trust me, that means a lot.”

What IS the difference between a heart attack and cardiac arrest?

Ayushmann Khurrana packs a punch in this average action thriller