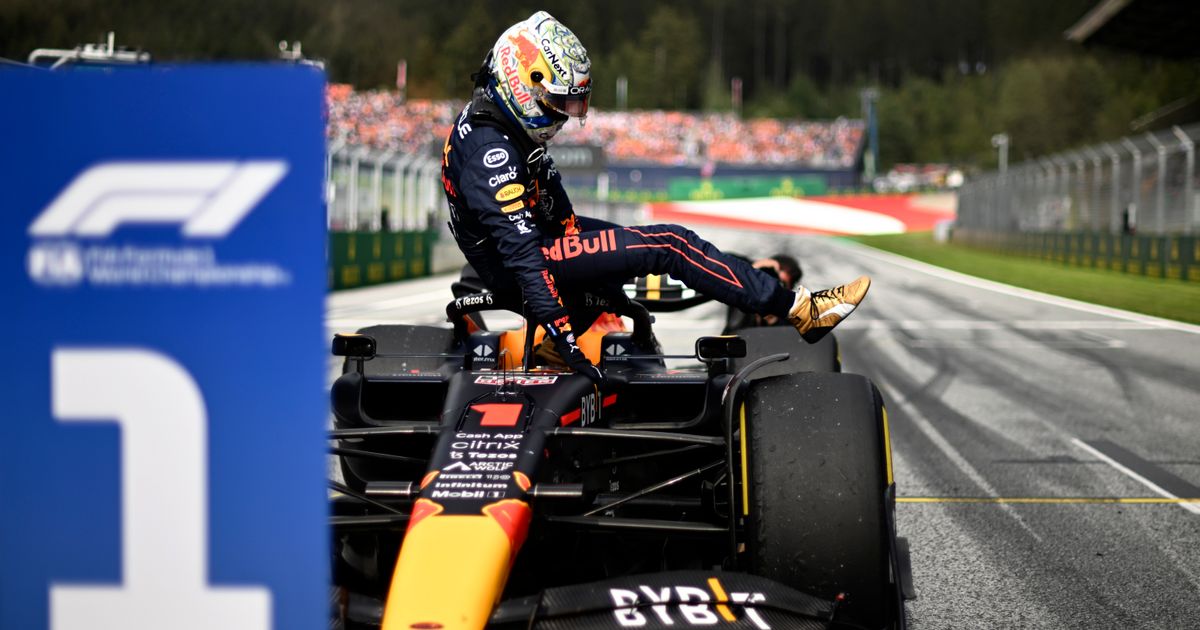 SPIELBERG, Austria (AP) — Max Verstappen comfortably won the sprint race from pole at the Austrian Grand Prix while Ferrari’s Charles Leclerc and Carlos Sainz Jr. almost collided as they scrapped behind him on Saturday.

Verstappen made a clean start and was untroubled thereafter over 23 laps of the 4.3-kilometer (2.7-mile) Red Bull Ring packed with orange-clad Dutch fans setting off orange flares and cheering on the Formula One champion.

“It was a decent race,” Verstappen said. “Tomorrow will be an interesting battle. The car is good.”

Verstappen’s second sprint win of the season gave him an additional eight points. Leclerc picked up seven points for second place and Sainz got six for finishing third with the top eight scoring points.

Verstappen improved to 189 points in the overall standings and leads his Red Bull teammate Sergio Perez by 38 points and Leclerc by 44.

George Russell collected five in fourth place. Perez drove superbly from 12th to finish fifth and score four points. Esteban Ocon was sixth for Alpine followed by Kevin Magnussen of Haas and Lewis Hamilton, who scored one point the day after crashing in qualifying.

The final positions from the sprint set the grid for Sunday’s grand prix. Verstappen will start at the front as he aims for a fifth win at his team’s home track in Spielberg.

Sainz overtook Leclerc at the start, only for Leclerc to quickly overtake him back and reclaim second place.

The Ferraris brushed each other when Sainz tried to pass his teammate on lap six, with Leclerc holding him off. Sainz went for it again on the next lap, going through on the inside but Leclerc dived back on the inside as the tension rose between them.

“I had a good start, a couple of fights at the beginning with Max into Turn 3, and then Charles,” Sainz said. “It was good fun, like it should be . . . racing.”

Leclerc did the hard work and Sainz didn’t get another go, cooling his tires instead.

“Probably overheated a bit the tyres, running behind Charles,” Sainz said. “I had to back off and finish the race.”

Hamilton attacked Mick Schumacher in the closing laps but Schumacher defended aggressively until Hamilton zoomed past him on lap 21.

Two-time world champion Fernando Alonso was eighth on the grid but there was a problem with his Alpine car and he did not start.

“Five minutes before the start we saw the car was not starting,” the Spanish driver said.

Chinese driver Zhou Guanyu’s engine cut out on the formation lap and forced the Alfa Romeo driver to start from the pit lane one week after surviving a crash at the British GP.

Four-time F1 champion Sebastian Vettel retired when Aston Martin told him to bring the car to the garage on lap 22. He was then summoned to appear before stewards for his behavior at a drivers’ meeting, although it was not immediately clear why.

Earlier, British GP winner Sainz led the second practice ahead of Leclerc with Verstappen finishing third. Ferrari raced with its original Prancing Horse logo on the 90th anniversary of its first appearance in motorsport, at Spa-Francorchamps in 1932.

Russell placed seventh in practice with Hamilton ninth. Mercedes had to repair both cars after they crashed near the end of Friday’s qualifying session.

What is BookTok? Here are 15 of TikTok’s most recommended books