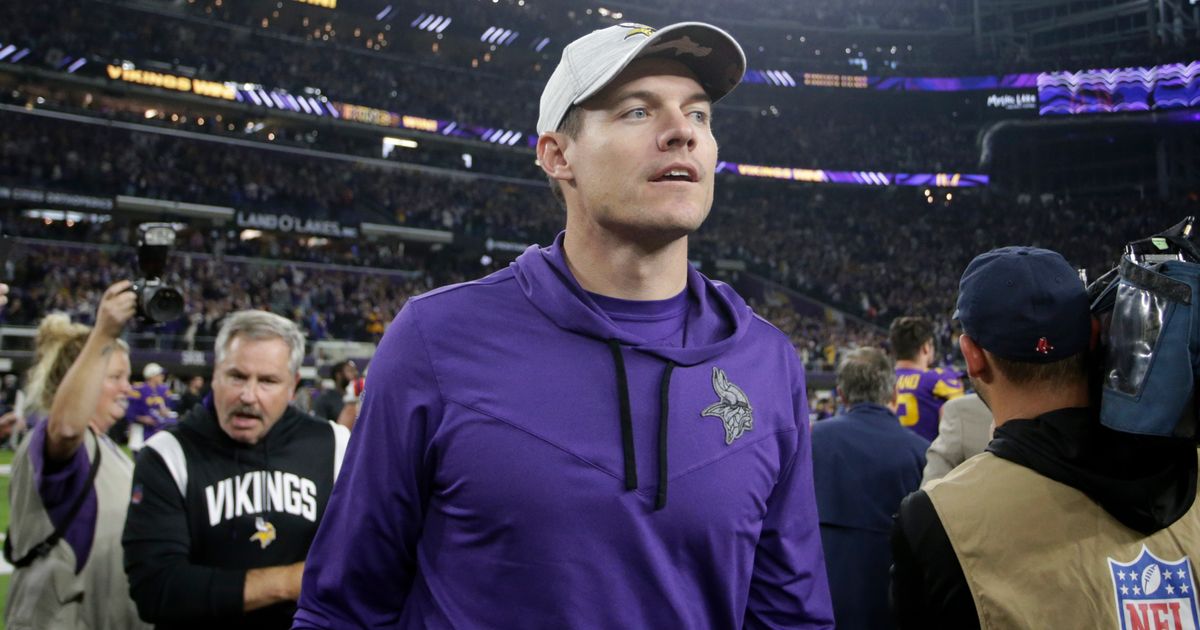 TURNOVER DIFFERENTIAL: Jets plus-2; Vikings plus-6.

JETS PLAYER TO WATCH: QB Mike White. After stepping in for the benched Zach Wilson, White went 22 of 28 for 315 yards and three TDs with no interceptions against Chicago while spreading the ball around to 10 receivers in a remarkably efficient and effective performance. Can he do it again? The Vikings gave up a career-high 382 passing yards to New England’s Mac Jones last week.

VIKINGS PLAYER TO WATCH: OLB Danielle Hunter. He has four sacks and five quarterback hits in the past four games. With a big boost to the pass rush this season from newcomer Za’Darius Smith on the other side of the defense, Hunter has slowly grown more comfortable with the new scheme.

KEY MATCHUP: Vikings WR Justin Jefferson vs. Jets CBs. With rookie Sauce Gardner and newcomer D.J. Reed, the Jets have formed one of the league’s best pass coverage tandems. Gardner, the No. 4 overall draft pick, leads the league with 14 passes defensed. Jefferson has the most career receiving yards (4,248) for a third-year player in league history, with six more games to pad his total.

KEY INJURIES: Jets RB Michael Carter didn’t practice Wednesday after suffering a lower ankle sprain against the Bears. DT Sheldon Rankins returned to Jets practice after missing two games with a dislocated left elbow. … Vikings DE Dalvin Tomlinson is on track to return from a four-game absence with a calf injury. Fourth-string CB Duke Shelley would start again for the Vikings if Akayleb Evans isn’t cleared. He missed the past two games in the concussion protocol, but has returned to full participation in practice this week. Vikings LT Christian Darrisaw remains in the concussion protocol after missing the Patriots game.

SERIES NOTES: This is the first visit for the Jets to U.S. Bank Stadium, which opened in 2016. They are 3-2 all time in Minnesota. … Vikings head coach Kevin O’Connell spent parts of three seasons from 2009-11 as a backup QB for the Jets.

STATS AND STUFF: The Jets have their best record after 11 games since the 2010 squad opened 9-2 before finishing 11-5 and reaching the AFC championship game. … White last week became the fourth Jets QB since the 1970 merger with multiple games of 300 passing yards and three-plus TDs, joining Ken O’Brien (7), Joe Namath (5) and Richard Todd (5). White has done so in two of his first four starts. His 149.3 passer rating last week led the NFL. … After struggling on third down most of the season, the Jets were 7 of 12 in those situations against the Bears. … Undrafted rookie RB Zonovan Knight made his debut last week with 69 yards on 14 carries and three catches for 34 yards. That was the most rushing yards by a Jets player in his debut since Matt Snell (82) in 1964. … The Jets allowed no points in the second half against the Bears, for the second time this season. That was also the fifth time this year the Jets didn’t give up a second-half TD. … Jets DT Quinnen Williams has a career-high eight sacks and leads all NFL interior defensive linemen with at least 250 pass rush snaps in sack rate (3.0%) and QB pressure rate (12.9%). … The Vikings can clinch the NFC North with a win and a loss by Detroit to Jacksonville. … Vikings RB Dalvin Cook needs 159 rushing yards for his fourth straight 1,000-yard season. With 97 rushing yards, he’ll move into fourth place on the franchise’s career list. … Vikings QB Kirk Cousins had his 16th game in five seasons with the Vikings of 290-plus passing yards and at least three TDs. … T.J. Hockenson has 26 receptions since joining the Vikings, the most by a TE in his first four games with a team in NFL history. … Smith is second in the league with 15 tackles for loss. … Vikings CB Patrick Peterson is tied for third in the NFL with 12 passes defensed.

FANTASY TIP: Kene Nwangwu returned a kickoff 97 yards for a TD for the Vikings against the Patriots, his first score of the season and third of his career. The Vikings defense is also fifth in the league with 18 takeaways.