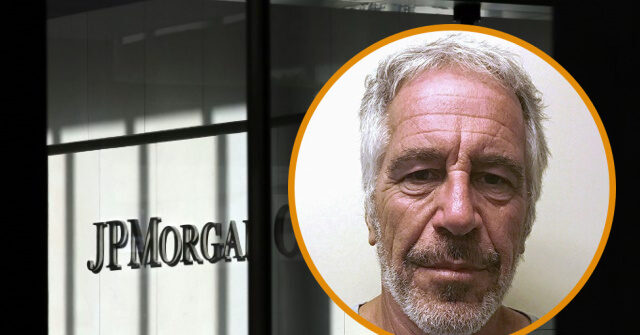 “Upon information and belief, JP Morgan turned a blind eye to evidence of human trafficking over more than a decade because of Epstein’s own financial footprint,” the lawsuit states.

The lawsuit alleges that J.P. Morgan Chase benefitted from Epstein’s sex trafficking operation and helped conceal activities that occurred on his property by failing to properly comply with federal regulations on records and reporting that may have tipped off Epstein’s activities to U.S. officials before they eventually came to light.

“Financial institutions can connect — or choke — human trafficking networks, and enforcement actions filed and injunctive relief obtained by attorneys general are essential to ensure that enterprises like Epstein’s cannot flourish in the future,” George wrote in the complaint.

George argued that J.P. Morgan Chase should have thought twice before allowing Epstein to become a client, given that he pleaded guilty to a sex-related charge involving a minor in Florida in 2008.

Epstein is a disgraced financier who allegedly operated a sex trafficking operation out of his estate on the Little St. James island in the U.S. Virgin Islands territory. Epstein was awaiting trial on federal charges over accusations that he operated a sex trafficking ring for three years in Manhattan when he was found dead in a prison cell in 2019.

Epstein’s death was ruled a suicide. His former associate, Ghislaine Maxwell, was sentenced to 20 years in prison over the summer for assisting with the trafficking of minors.

Epstein banked with J.P. Morgan Chase for about 15 years before the bank dropped him as a client in 2013. The lawsuit states:

Over more than a decade, JPMorgan (JPM) clearly knew it was not complying with federal regulations in regard to Epstein-related accounts as evidenced by its too-little too-late efforts after Epstein was arrested on federal sex trafficking charges and shortly after his death, when JPMorgan (JPM) belatedly complied with federal law.

Earlier in the month, George reached a $105 million settlement with Epstein’s estate, which agreed to pay millions and half the proceeds of the sale of Epstein’s private island for allegedly violating the Virgin Island’s laws against corruption, trafficking, and sexual servitude.

Biden Admin Will Not Comply with House GOP Oversight Requests

New Zealand: One dead as Auckland hit by entire summer’s rainfall in hours

Harry Styles left red-faced as he splits trousers in front…

Recruiting for high-school football has changed and ‘it’s…