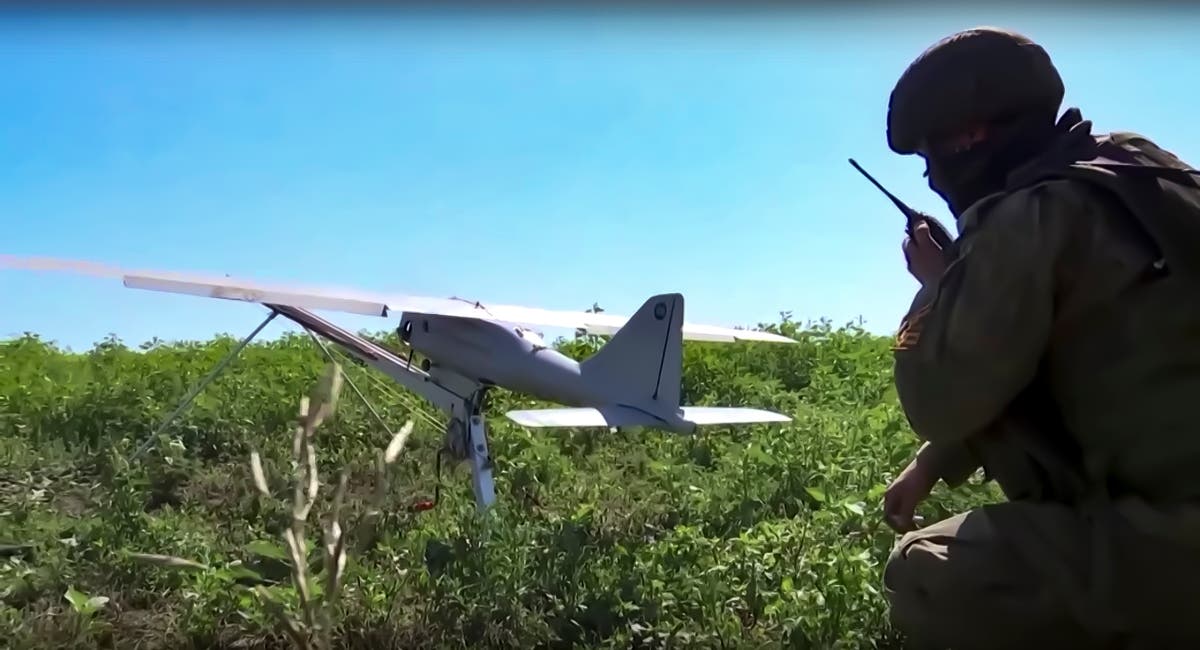 ladimir Putin’s military has lost the capability to fly as many drones “increasingly hampering” its operations against a Ukrainian counter-offensive, British defence chiefs said on Tuesday.

Some Russian drones had been shot down, including at least three on one day, and others could not be flown due to a lack of parts, they added.

This was limiting the ability of Mr Putin’s armed forces to conduct air reconnaissance missions in some conflict areas, they argued.

Ukrainian forces are seeking to seize back territory in the south of the country around the city of Kherson.

They are reported to be having some success in their counter-attack.

In its latest intelligence update, the Ministry of Defence in London said: “Ukraine’s offensive operations in the Kherson region continued over the weekend.

“On 5 September 2022, the Odesa Journal reported 27 sorties by Russian uncrewed aerial vehicles (UAVs) on the west bank of the Dnipro, compared to an average of 50 a day throughout August.

The briefing added: “In recent years, Russian doctrine has given an increasingly prominent role for UAVs, particularly to spot targets for its artillery to strike. UAVs can be vulnerable to both kinetic effects – where they are directly shot down – and to electronic jamming.

“In the face of combat losses, it is likely that Russia is struggling to maintain stocks of UAVs, exacerbated by component shortages resulting from international sanctions.

Britain, the US, Ukraine and other allies are fighting an information war against Russia so their briefings need to be treated with caution, though, are often far more believable than the propaganda issued by the Kremlin, including the denial that war crimes have been committed by Russian troops in Ukraine.

Ukraine has made its boldest claim yet of success on the battlefield in its week-old counter-offensive against Russian forces in the south, posting images of its soldiers raising Ukraine’s blue and yellow flag on a roof, purportedly in Vysokopyllya, in the north of Kherson.

“We will renew our territory. We cannot freeze this conflict now. We need to step-by-step de-occupy our territory,” Ukrainian president Volodymyr Zelensky said in an interview with ABC News.

Ukraine’s general staff said that Russian forces were focused on five regions: Donetsk, Kherson, Kharkiv, Zaporizhzhia and Mykolaiv. It said in the past day Russian forces launched more than 35 air strikes and about 50 rocket attacks.

“The Russian occupiers began the night of September 5 to 6 with insidious rocket attacks on civilian objects in the cities of Bakhmut and Kostyantynivka,” it said.

The general staff also accused Russian forces of endangering kindergartens, places of worship and a field hospital by placing personnel and military equipment in and around those buildings.

Ukraine said its forces had also repelled Russian troops in Soledar, Zaitsevo, Shakhta Butivka and Spartak, and its air force had launched more than 30 strikes.

In a rare acknowledgment of the Ukrainian counter-offensive, TASS news agency quoted a Moscow-installed official in the Kherson region as saying plans for a referendum on joining Russia had been put on hold due to the security situation.

US intelligence has assessed that Russia is buying artillery ammunition from North Korea as sanctions begin to reduce its ability to sustain what it calls the “special military operation” in Ukraine, the New York Times reported.

Meanwhile, the UN nuclear watchdog is due to issue a report on the Zaporizhzhia nuclear power station in Ukraine on Tuesday, a day after shelling cut its electricity supplies for the second time in two weeks and raised fears of a catastrophe.

Ukraine and Russia have accused each other of risking disaster by shelling near Europe’s largest nuclear plant, which officials said disrupted power lines on Monday and took the sole remaining reactor offline.

The International Atomic Energy Agency (IAEA), citing information supplied by Ukraine, said the plant’s backup power line had been cut to extinguish a fire but that the line itself was not damaged and would be reconnected.

The UN nuclear watchdog said the plant had enough electricity to operate safely and would be reconnected to the grid once backup power was restored.

The IAEA’s presence at the plant was reduced to two staff members from six on Monday. IAEA chief Rafael Grossi will issue a report on Ukraine, including the plant, on Tuesday and then brief the UN Security Council, the IAEA said.

Mr Zelensky on Monday warned of a near “radiation catastrophe” and said the shelling showed Russia “does not care what the IAEA will say”.

The fate of the nuclear plant has become a new element in an energy battle between Russia and the West since Russian troops invaded Ukraine on February 24 as the military conflict grinds on.