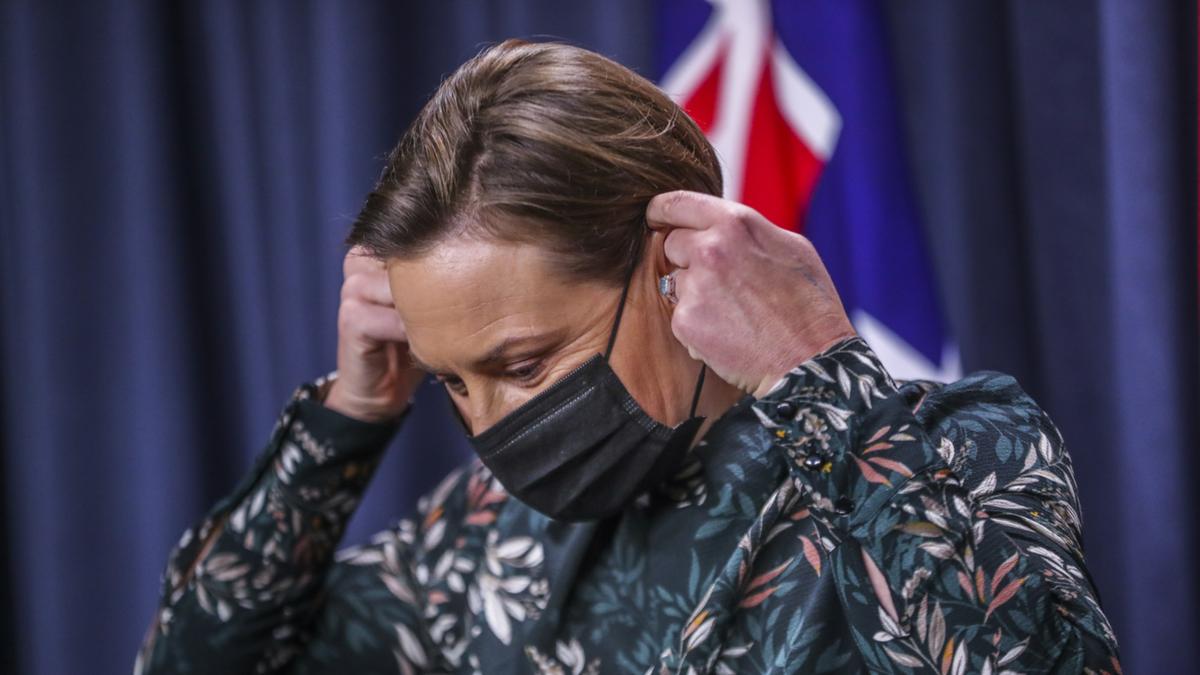 There are now 411 West Australians with COVID in hospital following another big jump in virus patients.

Nineteen of those in hospital are in intensive care, a new record, which comes as 5514 new cases were reported on Monday.

Two elderly people — a woman in her 80s and a man in his 90s — also died with COVID, taking the State’s death toll to 445 since the start of the pandemic.

The Australian Medical Association (WA) has used the steep climb in hospitalisations to call for a return of mandatory mask wearing across the State, although Health Minister Amber-Jade Sanderson said that did not reflect the advice of either Australian Chief Medical Officer Paul Kelly or WA counterpart Andy Robertson.

“Nationally there is not a recommendation… at this point but they are strongly encouraging the community to wear (masks),” Ms Sanderson told ABC Radio.

“I think the appetite for enforcing mandates is wearing in the community and we have to take that under consideration when the chief health officers are making these recommendations.”

Premier Mark McGowan last week refused to confirm whether he would follow in the Victorian Government’s footsteps and refuse to enact mask mandates if they were recommended by the State’s Chief Health Officer, labelling the question a “hypothetical” and “moot point”.

While also calling the question a hypothetical, Ms Sanderson said the McGowan Government had “always followed the Chief Health Officer’s advice and nothing has changed”.

She echoed Mr McGowan in predicting a difficult winter with the wave of COVID sweeping the State likely to “get worse before it gets better”.

“I understand that people may be anxious,” Ms Sanderson said.

“This is the second wave that we’re going through but I have to say in Western Australia, our outcomes have been world-leading.

“ICU rates are exceptionally low — the number of people who get very, very sick — and that is mostly because of our vaccination rates.

“Now the best thing that you can do to protect yourself, your family and our health care workers is to get that fourth dose as soon as you are eligible and to get your flu dose.

“That is actually the biggest, the best tool that we have in our armoury to actually fight this disease.”

The number of people in hospital with COVID has now nearly doubled since the start of July when it stood at 217.

The impact is laid bare in ambulance ramping figures which reveal paramedics have already spent 3920 hours waiting to offload patients at Perth Hospitals in the first 17 days of July.

That places the month on track to comfortably smash the previous record of 6585 hours recorded in August 2021.

The winter spike is being driven by a wave of Omicron BA.4 and BA.5 infections which on Saturday prompted Prime Minister Anthony Albanese to backflip on a decision to end the $750 pandemic disaster payment for people forced to miss work while isolating.

Adding to the pressure on hospitals is the return of influenza and other respiratory viruses mostly absent from the country during the two years Australia remained cut off from widespread international travel.

Long Covid May Be ‘the Next Public Health Disaster’ — With a $3.7 Trillion Economic…