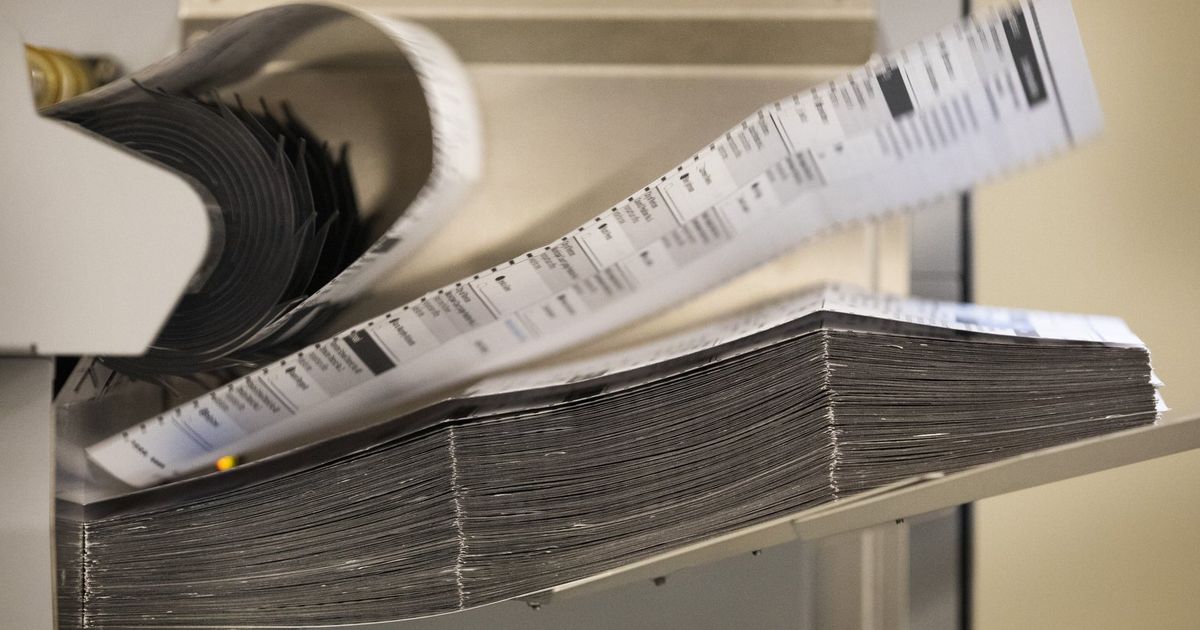 Most Washington voters say they have no doubt about President Joe Biden’s win in the 2020 presidential election, but a third of Republicans echo Donald Trump’s false insistence that he actually won, according to a new statewide poll.

Overall, 57% of voters said Biden won, with no fraud concerns; 19% expressed some doubts and concerns about fraud; and 15% said Trump won.

The WA Poll is sponsored by The Seattle Times, KING 5, the University of Washington’s Center for an Informed Public, and Washington State University’s Murrow College of Communication.

Biden won the 2020 election with results certified by all 50 states and Congress. He received 306 Electoral College votes to Trump’s 232. Biden also won the national popular vote by 7 million votes.

But Trump and an array of allies, including some members of Congress, conservative activists and political candidates, have continued to insist that Biden’s election was due to fraud.

In one area of relative agreement, Washington’s mail ballot system retained confidence from a majority across the partisan spectrum — though to varying degrees. Among Democrats, 92% had moderate to high trust, compared with 53% of Republicans and 59% of independents.

Amid Trump’s attacks on mail voting, and ballot drop boxes, 40% of Republicans in the poll said their confidence in voting by mail has decreased since 2020. Overall, a large majority of voters said their trust in the system has remained steady.

The WA Poll is sponsored by The Seattle Times, KING 5, the University of Washington’s Center for an Informed Public and Washington State University’s Murrow College of Communication. It was conducted online July 6-10 with a pool of respondents weighted to U.S. Census targets for gender, age, race, education and homeownership.

WA Poll respondents who agreed to be interviewed reflected the divergent views — and disparate sources of news they trust — as this year’s midterms approach.

Diamanti, 73, a retired coffee reseller and a Democrat, said he was impressed with the way elections administrators handled the 2020 election amid a pandemic. He pronounced himself “flabbergasted” at the number of people embracing election conspiracy theories.

“I am really concerned and disappointed that more people don’t check sources,” he said. “It’s a basic skill that isn’t that hard to develop.”

He rated news sources such as local and national newspapers and National Public Radio as the most credible sources of information.

Tracy Thier, a Marysville long-term care worker who assists people with Down syndrome, said she believes Biden should not be in the White House.

“He did not win that election as far as I am concerned,” said Thier, 57, a Republican. “I don’t know one person personally that voted for him.”

Thier said she gets some of her news from email lists she’s signed up for. “The only news station I will watch is Fox News,” she said. “They give both sides. They are honest.”

Thier said she misses Trump.

“Granted, the man has no couth, but this is not a popularity contest. The man was for America. We were in great shape.”

Lon Hunt, a 73-year-old Republican retiree from Vancouver, Washington, said he believes there was “widespread cheating” by Democrats in 2020.

“I have seen the videos of them doing all kinds of vote dumps,” he said. Still, Hunt said, “I am not sure there was enough cheating in any one spot to swing the election.”

Hunt said he gets his news from local TV news stations as well as Fox News and Newsmax.

Steve Kruse, an independent voter from Olympia, said he’s seen no reason to dispute the 2020 election results, and finds it ridiculous that many Trump supporters are crying fraud and claiming only Democrats cheat.

Kruse, 72, who previously worked as a newspaper journalist, at software companies and by running a baseball academy, said he’s saddened by the political chasm in America.

He remembers when members of his family were divided during the Nixon-Kennedy election of 1960. On election night they all got together at a party and watched the results together.

“All my relatives, we’d watch it, and it was like watching a game. Then the game’s over, my team won — shake hands, you’re still friends,” he said. “Nowadays everybody wants to shoot each other. It’s gotten so polarized and extreme.”

Lingering partisan suspicion and divisions about election results is not new. A majority of Democrats in a national poll soon after Trump’s win in the 2016 election, for example, described his victory as illegitimate, citing Russian interference. In 2004, some Democrats and activists touted conspiracy theories about George W. Bush’s win in Ohio.

“That sort of stuff has existed for a while. It’s sort of equal opportunity and bipartisan,” said Mike Caulfield, a research scientist at the UW Center for an Informed Public.

Even conspiracy theories about voting machines have a long history. IBM in 1969 sold off its punch-card based voting machine division after tiring of allegations they were being used to rig elections, Caulfield noted.

However, the ongoing campaign to deny Biden’s win — and even seek to decertify it two years later based on false allegations — sets apart what’s going on now, according to Caulfield and other experts who study misinformation and reviewed the WA Poll results.

Within the past week, Trump in a phone call sought to pressure Robin Vos, the Republican house speaker in Wisconsin, to decertify the 2020 election results in that state. Vos said he told Trump that was not legally possible.

“There is a lot of money in being an influencer who goes around making these claims. There are a lot of people I think who are in that space because it is lucrative,” Foley said.

Rachel Moran, a postdoctoral fellow at the UW Center for an Informed Public, noted the high level of trust that poll respondents who described themselves as “very conservative” placed in partisan news outlets like OANN and Newsmax.

Those outlets “spread misinformation and rumors around election integrity in 2020” and also “amplified the problematic 2,000 Mules documentary about ballot trafficking,” Moran said in an email.

The beliefs about widespread fraud are having real-world effects locally.

Some GOP activists, motivated by the ballot-trafficking claims in “2000 Mules,” launched surveillance of ballot boxes in Washington, including signs warning voters of possible criminal charges.

That effort was repudiated by King County Elections, which has asked the sheriff’s office to investigate potential voter intimidation. The chair of the King County Republican Party disavowed the surveillance effort and disbanded the party’s “election integrity” committee, whose volunteers were involved.

Covid hospitalisations have now peaked in EVERY region