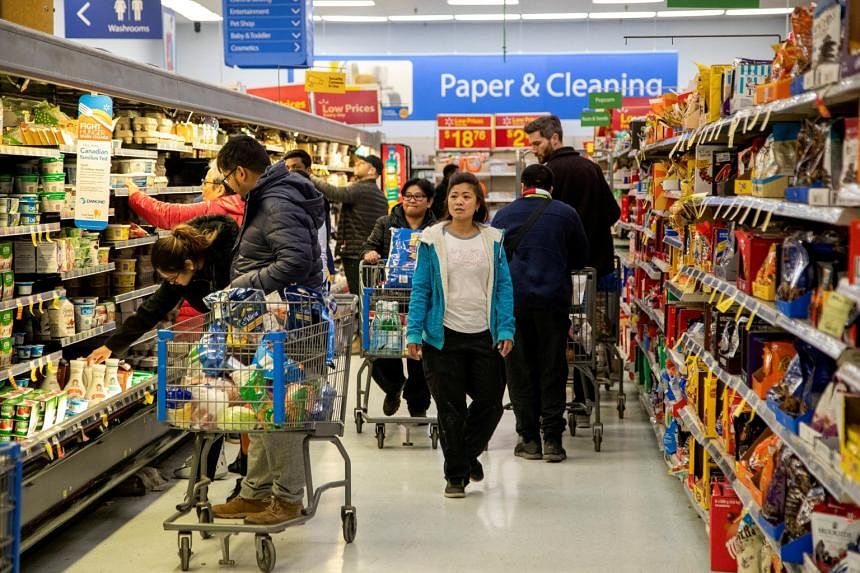 NEW YORK (REUTERS, AFP) – Top United States retailer Walmart cut its profit outlook on Monday (July 25) as surging inflation prompts shoppers to cut back on higher margin items as they contend with increased prices for petrol, food and other staples.

Walmart, bellwether for the retail sector, said full-year profits would now decline 11 per cent to 13 per cent, much steeper than the 1 per cent fall it previously forecast.

Excluding divestitures, full-year earnings per share are expected to drop 10 per cent to 12 per cent, the company said.

Walmart shares slid 10 per cent in trading after the bell. Shares of rivals including Target and Amazon.com also tanked after Walmart’s warning, which signalled a “proverbial train wreck” for retailers, Mr Burt Flickinger, managing director of Strategic Resource Group said.

Mr Neil Saunders, managing director at GlobalData, called the warning a “cause for concern” that highlights the pressure that all retailers are currently under.

Walmart’s announcement reflects the reality that profit margins for groceries are “far lower” compared with other goods, he said.

“We believe this is a trend playing out more widely: Most retailers are not struggling to grow their top lines, but they are struggling to maintain the high levels of profitability that were commonplace over the past few years.”

With prices for petrol and food spiking, consumers are cutting back on purchases of discretionary items, saddling retailers with mountains of inventory including apparel, home goods, appliances and kitchen ware.

Supply chain snafus and miscalculations around demand have added to problems.

In May, Walmart said it was sitting on more than US$60 billion (S$83 billion) of inventory at the end of the first quarter.

On Monday, the company said it needed more price cuts to pare inventories.

Walmart chief executive Doug McMillon said: “The increasing levels of food and fuel inflation are affecting how customers spend… we’re now anticipating more pressure on general merchandise in the back half.”

Last month, Walmart’s smaller rival Target cut its profit forecast further, and said it would resort to aggressive actions including cutting prices and cancelling orders to cut back US$15 billion in inventories.

Walmart said it estimates adjusted earnings per share for the second quarter to now decline around 8 per cent to 9 per cent, compared with the flat to slightly up it previously anticipated.

Walmart raised its forecast for US comparable sales, excluding fuel, to 6 per cent, however, mainly to account for the rise in food prices. It previously expected those sales to be up 4 per cent to 5 per cent.