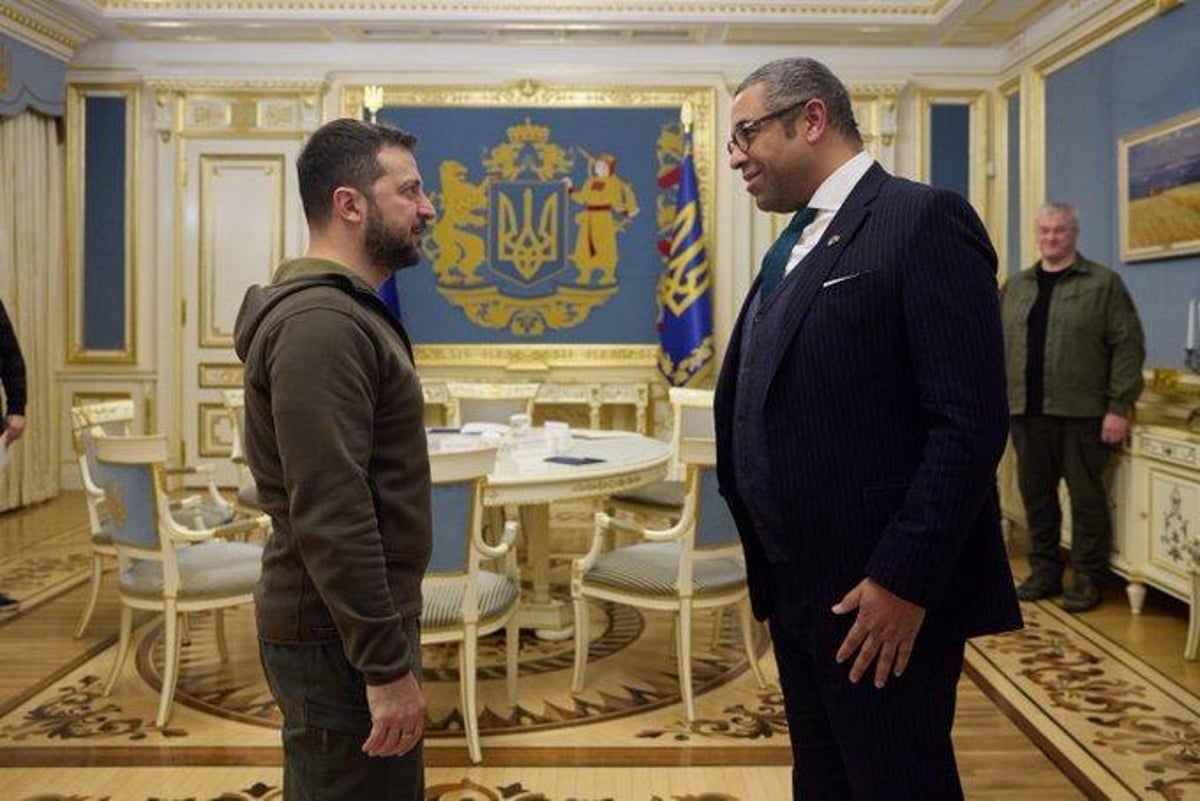 Foreign secretary James Cleverly has pledged to support Ukraine “with action – not just words” as he said the UK would send 24 ambulances to the country on a visit to Kyiv.

Mr Cleverly held talks with Volodymyr Zelensky in the Ukrainian capital, where he told the president that “Russia will fail”.

His visit comes just days after prime minister Rishi Sunak also visited Ukraine, and as the capital is one of 15 regions of the country suffering power blackouts as Russia continues to attack infrastructure targets. Ukrainian power company Ukrenergo has warned that up to 50 per cent of the country’s power needs are not being met and said that repairs are now taking more time.

In an interview with the BBC, Ukrainian first lady Olena Zelenska insisted that Ukraine is “ready to endure this,” referring to the ongoing blackouts as the winter begins to bite.

“We’ve had so many terrible challenges, seen so many victims, so much destruction, that blackouts are not the worst thing to happen to us,” she said.

As part of the new measures announced, Mr Cleverly said Britain would also provide six armoured vehicles, which are to arrive in Ukraine from the UK, to support civilians caught in conflict. He will also announce that the UK will step up its support on demining, increasing its support from £2m this year.

He will also offer support to help people who have been subject to sexual violence by the Russian military.

While in Ukraine, the foreign secretary met Mr Zelensky, as well as foreign minister Dmytro Kuleba, and other key members of the Ukrainian government, including ministers involved in reconstruction efforts. He is also meeting members of civil society who are fighting to protect human rights, and the UK’s embassy staff in Ukraine.

Mr Cleverly said: “As winter sets in, Russia is continuing to try and break Ukrainian resolve through its brutal attacks on civilians, hospitals and energy infrastructure. Russia will fail.

“The UK stands shoulder to shoulder with Ukraine. I have today announced a package of hands-on support for our Ukrainian friends in their fight, from ambulances to crucial support for survivors of the sexual violence carried out by the Russian military.”

He added: “I’ve seen here first-hand how the UK’s efforts are helping brave citizens to resist and rebuild. Our support will continue for as long as it takes for this remarkable country to recover.”

In an interview with a German magazine, Der Spiegel, former German Chancellor Angela Merkel said she had tried to hold talks with Vladimir Putin in the summer of 2021 – a few months before his invasion of Ukraine – but said she had run out of power to influence the Russian president.

She said she had tried to convene the talks with Mr Putin and French President Emmanuel Macron, but said her impending retirement had barred her from serious involvement in global politics.

“I didn’t have the power to get my way,” she said. “Really everyone knew: in autumn she’ll be gone.”

She made a final visit to Moscow in August 2021, where she said “the feeling was very clear: ‘In terms of power politics you’re finished’. For Putin, only power counts.”

Joe Biden Joined a Toast to 2024 Campaign with Emmanuel…