‘We gotta get in there’: Uvalde officer calls for breach 1 hour before shooter killed 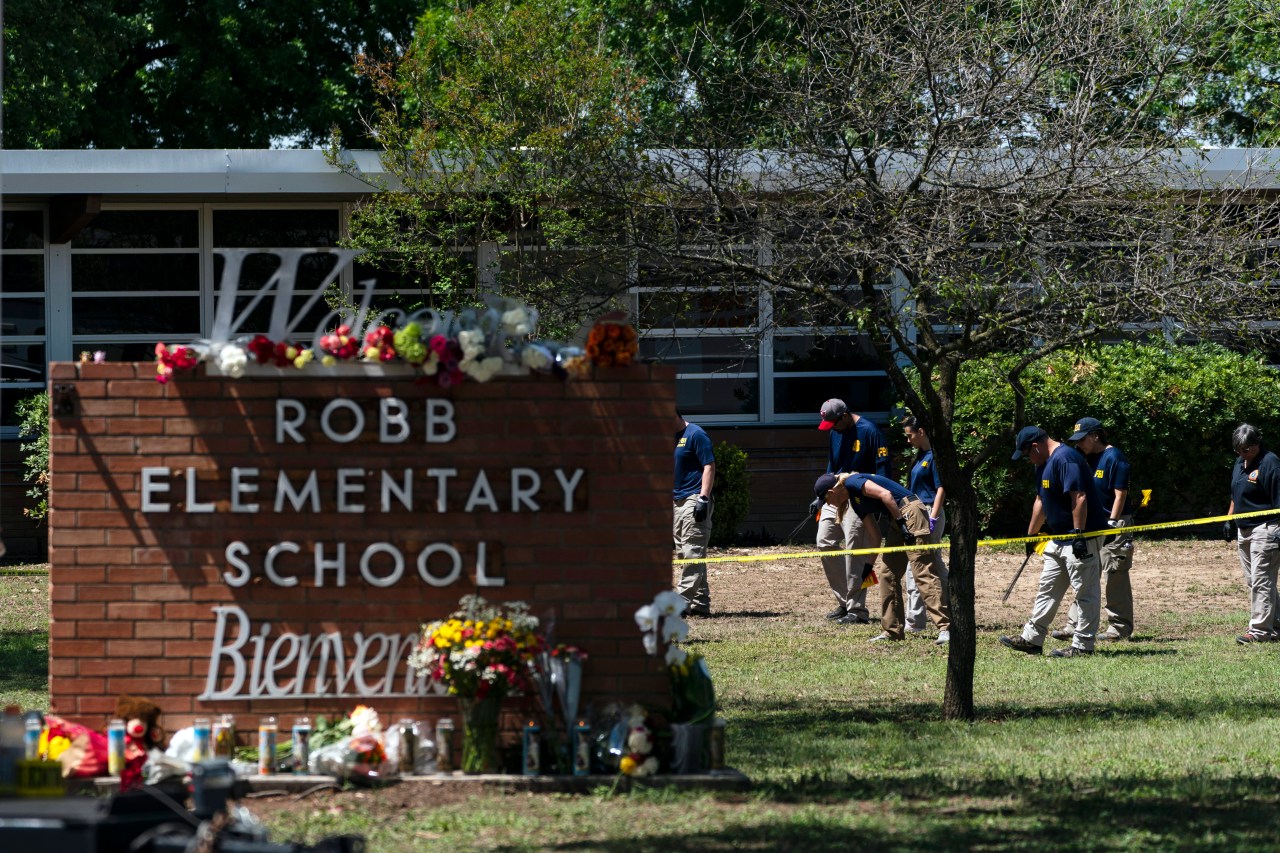 UVALDE, Texas (KXAN) — On Sunday, Uvalde city officials released body camera footage recorded by law enforcement personnel who responded to the deadly Robb Elementary mass shooting May 24. In a clip reviewed by KXAN, footage depicts the initial moments responding officers tried to engage the shooter inside Rooms 111 and 112, as well as the ensuing gunfire targeted at officers.

According to a report released by the Texas House’s Investigative Committee Sunday, the shooter shot more than 100 rounds in the first two-and-a-half minutes after breaching the classroom, before any responders made it to the scene.

Canales and other officers retreat from the classroom door and head toward the exit. It’s there that Canales’ camera captures Officer Ruben Ruiz, whose wife Eva Mireles was one of two teachers fatally shot during the shooting. Ruiz is captured on camera saying “that’s my wife’s classroom.”

Canales then heads toward the exit and informs other officers the shooter is firing shots from within a classroom. He repeats to an officer outside that “[the gunman’s] in the class” and calls in a “shots fired” call via his radio, adding officers are on the west side of the building.

Seconds later, Canales says “we got to get in there” before repeating: “We need to get in there, he keeps shooting. We gotta get in there.” Officers didn’t go into the classroom for more than 70 minutes after that initial urgent cry.

Still at 11:38 a.m., Canales asks another officer whether he’s been hit by bullets and checks his ear. He pulls his hand away, and blood is visible. Per the committee’s report, Canales was grazed by fragments of building material.

At 11:39 a.m., Canales heads back into the building, where a sole gunshot is heard ringing out.

It wouldn’t be until approximately 12:50 p.m. that law enforcement breaches the classroom and fatally shoots the gunman.

Letters: It is Scotland’s votes that keep the Union on an even keel

United Arab Emirates ranked as having the best passport in…