What a Supreme Court impeachment from 1805 could mean for Justice Clarence Thomas: historian 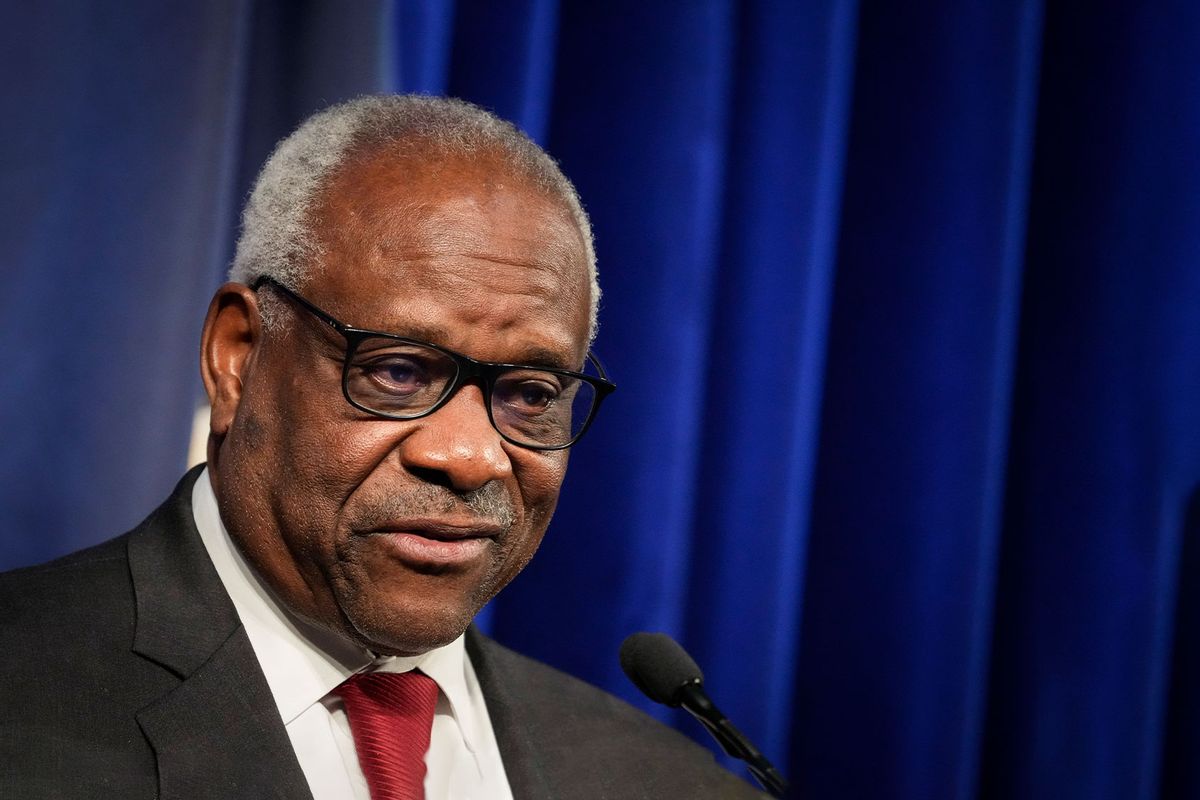 Rep. Alexandria Ocasio-Cortez, D-N.Y., has been calling for the impeachment of U.S. Supreme Court Justice Clarence Thomas, arguing that in light of his wife Ginni Thomas’ efforts to overturn the 2020 presidential election results, he has no business taking part in cases that are related, in any way, to the Jan. 6, 2021 insurrection. But fellow House Democrats, for the most part, haven’t been receptive to AOC’s recommendation — although they agree that Thomas should recuse himself from any Jan. 6-related cases.

Four U.S. presidents have been targets of articles of impeachment: Andrew Johnson, Richard Nixon, Bill Clinton and Donald Trump — although, in Nixon’s case, there was never a trial in the Senate. Nixon, during the Watergate scandal in August 1974, resigned before the impeachment process got that far. But as presidential historian/author Lindsay M. Chervinsky explains in an article published by the conservative website The Bulwark on Sept. 2, only one U.S. Supreme Court justice has faced impeachment in the country’s 246-year history: Samuel Chase. And that was back in 1804/1805 when Thomas Jefferson was president.

“On Feb. 4, 1805, Vice President Aaron Burr gaveled into session the impeachment trial of Justice Samuel Chase for high crimes and misdemeanors,” Chervinsky explains. “The stakes were impossibly high. No Supreme Court justice had ever been impeached. Every decision would establish precedent and shape future proceedings — so that the aftermath of the trial lasted far longer than the participants could have possibly imagined, down to the present day. Our ideas about impeachment and its role in the justice system can be directly traced to Chase’s trial, over 200 years ago.”

Chervinsky continues, “Chase certainly made an excellent target. Outside of his family, no one liked him. When George Washington nominated Chase to the high court in 1796, many Federalists questioned whether he had the temperament to serve as a justice, even though he belonged to their party . . . His cantankerous and querulous nature was so extreme that it earned him the nickname ‘Old Bacon Face.’ Bad humor was one thing, but Chase’s behavior on the bench was also highly partisan. He had campaigned openly for John Adams in 1800 and relished handing down extreme sentences to defendants accused of sedition against the Adams Administration.”

“All told, the House has impeached 14 federal judges since 1789, and the Senate has removed eight of them,” Chervinsky observes. “The charges have included waging war on the U.S. government during the Civil War, improper business relationships with litigants, favoritism, tax evasion and criminal conviction, perjury, and solicitation of a bribe. Among the acquitted judges, the articles of impeachment cited charges of favoritism and abuse of power. The Senate has never removed a Supreme Court justice.”

Chervinsky goes on to explain what this history means for Justice Thomas in 2022.

“Let’s say, hypothetically, that evidence continues to emerge implicating Ginni Thomas, wife of Justice Clarence Thomas, in the efforts by Trump supporters to overturn the 2020 election,” the presidential historian writes. “And let’s further suppose that a case involving some aspect of those efforts or the Jan. 6 insurrection comes before the Supreme Court. Under these circumstances, most judicial ethics experts and reasonable observers would likely agree that Justice Thomas should recuse himself, but he has shown no interest in doing so thus far.”

Chervinsky adds, “He has already been involved in several Supreme Court actions that have in some way touched on the 2020 election. Most strikingly, when the Court in January rejected Trump’s attempt to keep various White House records from being sent to the House January 6th Committee, Thomas was the only justice who disagreed; he would have sided with Trump.”

Chervinsky has two recommendations: (1) “Congress could pass legislation mandating that the code of conduct for federal judges applies to the Supreme Court,” and (2) “Congress can start to treat impeachment as a suitable response to wildly inappropriate, if not outright illegal, behavior.”

“To reconceive of judicial impeachment in this way would force us to revisit the precedents set by Samuel Chase’s impeachment,” Chervinsky writes. “Two years after Chase’s acquittal, Jefferson wrote that the whole debacle was ‘a farce which will not be tried again.’ He was right — so far.”

War in Ukraine: Russia rejects pull-out from Ukraine as condition for talks