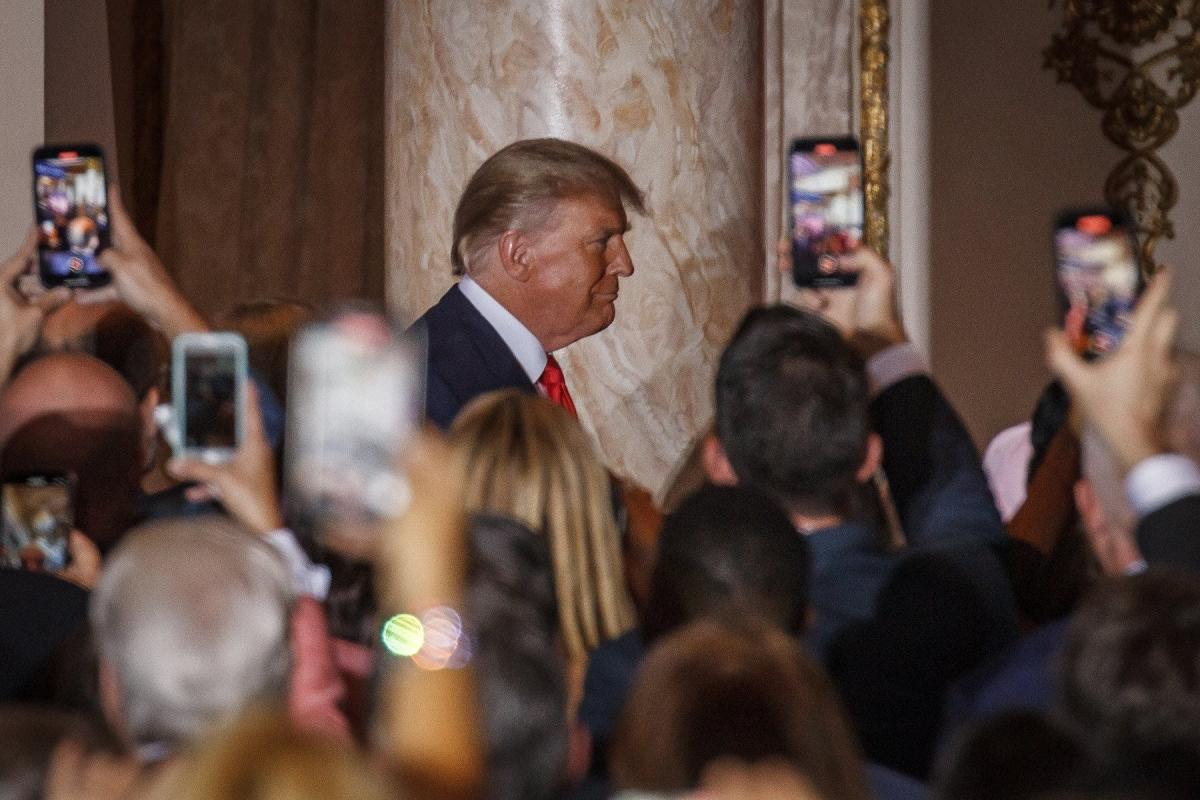 Here is a summary of the key developments since last Friday:

Looking ahead, the House committee investigating the Capitol attack is scheduled to release its final report in December.

Here’s what we know about Trump’s legal challenges:

Attorney General Merrick Garland appointed longtime prosecutor Jack Smith as special counsel on Nov. 18. The move is aimed at providing an independent eye toward the investigation of Trump, who declared three days earlier that he would run for president again.

Smith is a former chief of the Justice Department’s Public Integrity Section and has been serving as a war crimes prosecutor at the International Criminal Court in The Hague, Netherlands.

But Garland said the move was warranted.

“I strongly believe that the normal processes of this department can handle all investigations with integrity,” Garland said. “And I also believe that appointing a special counsel at this time is the right thing to do. The extraordinary circumstances presented here demand it.”

The Supreme Court declined on Tuesday a request from Trump to block the release of six years of his tax returns to the House Ways and Means Committee, which governs tax policy.

Democrats in 2019 sought copies of his returns from the Treasury Department after Trump flouted tradition by declining to release them as a candidate in 2016. Democrats questioned whether his administration’s policies may have benefited Trump financially.

Republicans complained there was no legislative purpose to seeking the returns. But Rep. Richard Neal, D-Mass., the committee chairman, said the case affirmed the principle of congressional oversight over the executive branch.

“Since the Magna Carta, the principle of oversight has been upheld, and today is no different,” Neal said. “This rises above politics, and the committee will now conduct the oversight that we’ve sought for the last three and a half years.”

E. Jean Carroll, who was already suing Trump for defamation, filed another federal lawsuit Thursday accusing him of battery and defamation for allegedly raping her about 27 years ago in a Bergdorf Goodman store.

Carroll filed the latest case under a New York state law called the Adult Survivors Act, which opened a one-year window for survivors of sexual assault to sue their alleged abusers no matter how long ago the attack occurred.

Trump issued a statement in June 2019 denying the incident and accusing Carroll of publicizing the case in order to sell copies of her memoir.

Trump was questioned under oath in the defamation lawsuit in October after his attorneys had tried to block or delay the deposition.

“This case is nothing more than a political ploy like many others” against Trump, his lawyer Alina Habba said at the time.

The tax-fraud trial is nearly concluded against two Trump companies, which are accused of providing company-paid perks to top executives who could then avoid paying taxes.

Allen Weisselberg, the company’s onetime chief financial officer who has pleaded guilty to taking $1.7 million in off-the-books compensation, testified that the former president’s son, Eric Trump, raised his pay $200,000 after an internal audit spurred by Trump’s 2016 election found that he’d been reducing his salary and bonuses by the cost of the perks.

The raises boosted Weisselberg’s annual pay to $1.14 million, extra cash he said he used to pay for things Trump and the company previously covered: rent on a Manhattan apartment, Mercedes-Benz cars for him and his wife, and tuition for his grandchildren.

Trump is not charged in the criminal case and has not been in court for the trial.

The tax fraud case is the only trial so far to arise from the Manhattan district attorney’s three-year investigation of Trump and his business practices. If convicted, the companies could be fined more than $1 million and face difficulty making deals.

Lawyers for Trump and the Justice Department spent Tuesday sparring over the special master assigned to review 11,000 documents seized at Mar-a-Lago.

FBI agents seized the records as part of a criminal investigation searching for evidence of violations of the Espionage Act or obstruction of justice. The special master, U.S. District Judge Raymond Dearie, is helping to determine whether investigative use of the documents should be blocked if they are personal records or fall under attorney-client or executive privilege.

But the Justice Department contends the review wasn’t necessary. A three-judge panel of theU.S. Court of Appeals for the 11th Circuit is weighing whether to overturn U.S. District Judge Aileen Cannon’s order authorizing the special master.

During the Tuesday hearing, judges questioned Trump’s challenge to the Mar-a-Lago search, saying the time to prevent their use in laying the foundation for any potential criminal charges against him would be after charges are filed.

Best Black Friday deals on Apple iPad: Get best-ever pricing on Apple tablets while you can

Inside the turmoil roiling No Labels’ unity ticket presidential campaign

Xi Jinping Expected to Ink $29 Billion in Deals on Saudi…