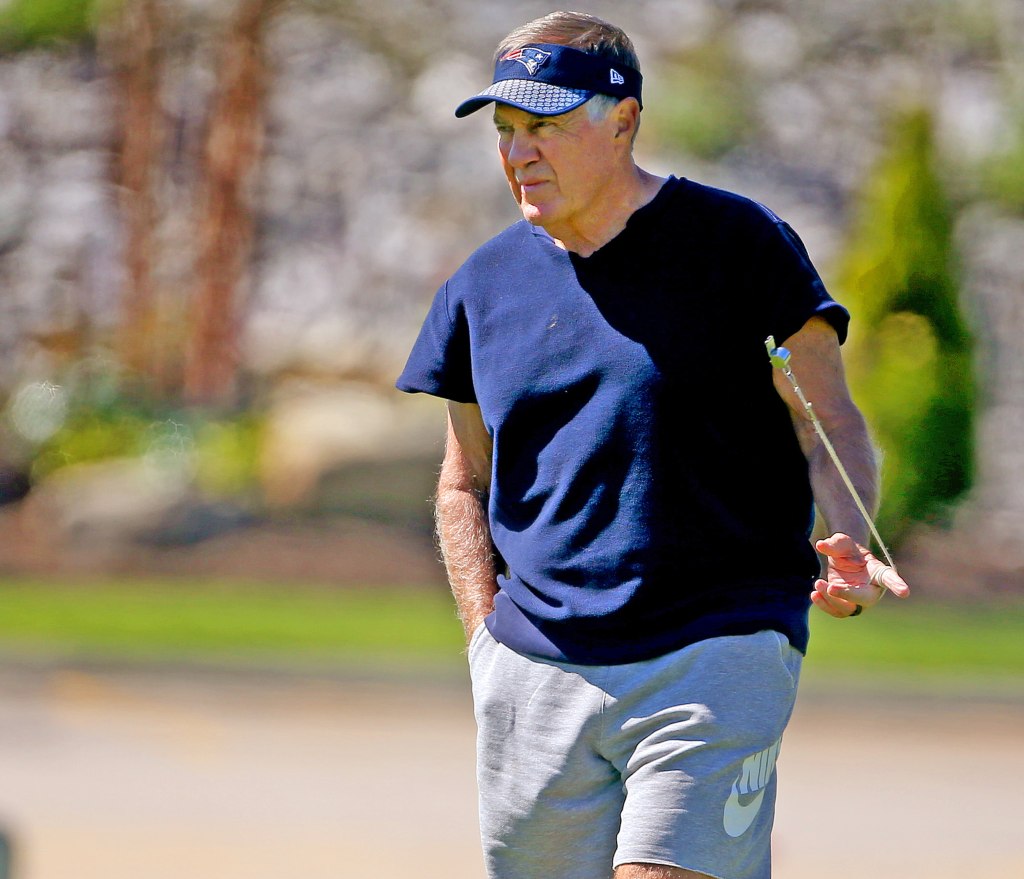 FOXBORO — Last month, on the first day the Patriots practiced with their 53-man roster for the regular season, Bill Belichick spent the entirety of warmups and initial drills chatting.

He spoke with then Celtics assistant Joe Mazzulla, who has since been promoted to interim head coach following Ime Udoka’s 1-year suspension for violating the team’s code of conduct. Mazzulla, 34, joined Boston’s staff in 2019, following two years as the head coach at Fairmont State in Fairmont, W. Va., and one season working with the Maine Red Claws, the Celtics’ G League affiliate. Mazzulla, a Rhode Island native, played college ball at West Virginia and has seemingly made a favorable impression on Belichick since he joined the coaching ranks.

“Yeah, had a great opportunity to visit. (I’ve) always had a great relationship with all those guys for multiple years — Brad (Stevens), then as Brad stepped down, you know, other people that have come in there,” Belichick said Friday of the visit. “So very interesting just talking about pro athletes, pro sports, teaching, learning and so forth. It was a good day.”

Belichick has been spotted at dozens of Celtics games over the years and attended multiple playoff games during the C’s run to the NBA Finals last spring. He and Stevens have built a friendship dating back to Stevens’ hiring as head coach in 2013. Last May, Stevens spoke to their bond during an radio appearance on 98.5 The Sports Hub.

“I’ve gotten a chance to know him pretty well over the years, and he’s been nice enough to let me come down to several practices and some OTAs. And we’ve spent some time at our games as well back when I was coaching, he would pop his head in before the game and then a couple games this year, he’s come up and spent a quarter with us. It’s really nice of him to do that,” said Stevens, now the president of basketball operations.

He later added: “I mean, (Belichick)’s a really good guy. He’s really — I don’t know how well you guys know him or whatever, but just very funny. Obviously, has great insights. He’s a person that you could sit and listen to talk about building a cohesive group and everybody pulling in one direction and doing all of the things that lead to winning every day all day. But he’s always been really good to me.”

The Celtics will open their training camp under Mazzulla on Tuesday. The Patriots will kick off their home opener Sunday at 1 p.m. against the Ravens.

New NHS hospitals might have to be built for single patient…

More Migration Is ‘The Best Thing … for Our…