What Kind of a Society Gladly Cuts Off Healthy Breasts and Genitals of Teens? A Sick Society – The Published Reporter® 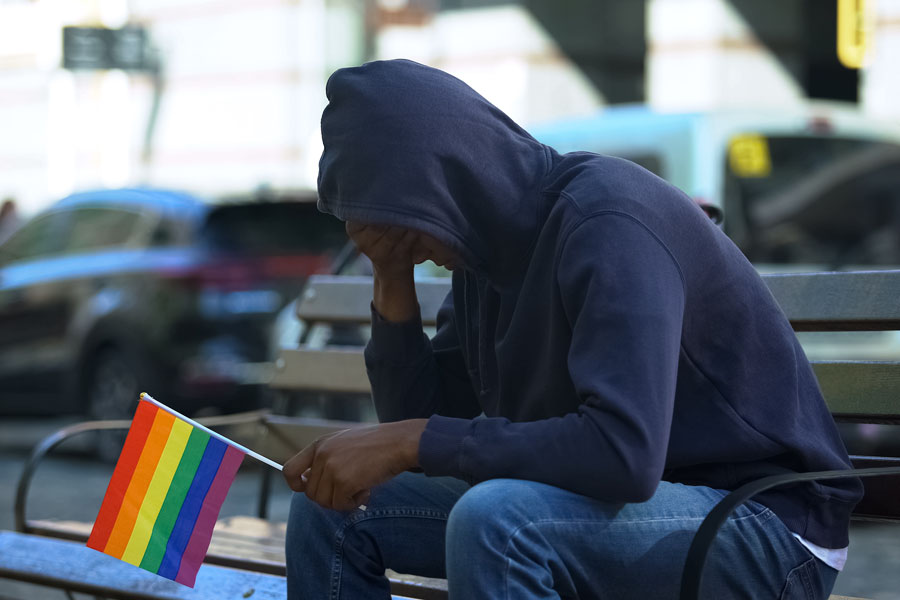 PORTSMOUTH, OH –   What kind of a society gladly cuts off healthy breasts and genitals of teens in the name of transgenderism, a nonscientific theory? A sick society.

This is not a LGBQ (aka lesbian, gay, bisexual, queer) issue at all – this is an issue to save, protect, and defend kids from unnecessary medication and mutilation. And from the child abuse of transgenderism. There is no research to support that any child is born in the wrong body.

The human race has stumped to a new low – a fantasy, illogical, nonfiction, nonscience theory based on feelings. Surgically removing healthy parts of an adolescent body is child abuse – and parents are kowtowing to a deranged medical professionals that celebrate the removal of healthy organs.

U.S. Assistant Secretary for Health Rachel Levine, who identifies as a transgender female (a male dressed in female clothing with makeup under the delusion he is a woman) advocated for Big Tech censorship of “misinformation” related to “gender-affirming care,” a video resurfaced via Libs of TikTok.

Levine, the first transgender federal official to be confirmed by the Senate, has in the past advocated for transgender “care” of minors, which opponents highlight is often irreversible and damaging to children, reports The Daily Wire.

Radical trans activists in the school systems are using flawed gender ideology to indoctrinate children – a precursor to puberty blockers and mutilation surgery. What happened to the facts: biology, anatomy, physiology of males and females? It’s fairytale indoctrination – not factual education. Lies are substituted for truth by delusional zealots.

Many radical school systems promoted a nonscientific theory as fact prior to the Biden administration’s legislation on Title IX.

“D.C. Public Schools have been asking students about their sexual and gender identity since at least 2018, with a survey issued by the company of Attorney General Merrick Garland’s son-in-law,” according to an article at Life Site News.

“This is an outrageous invasion of privacy and a blatant attempt to promote transgenderism,” said Ruth Institute president Dr. Jennifer Roback Morse, Ph.D., of a survey distributed to Washington DC children as young as 11. “The survey asks students about their ‘gender identity’ and ‘sexual orientation,’ but children do not normally ask themselves whether they are ‘trans’ or not. That thought has to be planted in their minds,” Morse noted.

The brain and body are not different entities.  If the brain says you are in the wrong body – it’s a brain issue – not a body issue. If the body says you have the wrong brain – will you get another brain? Of course not. Don’t tell kids to alienate and reject their own bodies – that is mentally unhealthy. Tell kids the scientific facts and reality. Gender ideology is a nonscience theory. A biological male cannot become a female. A biological female cannot become a male. It’s impossible.

Furthermore, parents have the right and responsibility to disagree with their children being indoctrinated by the transgender movement in schools, the medical profession, the mental health profession, and churches. Parents need to unite, organize, and speak out against harmful gender ideology being used to hijack biology. There are only two sexes: male and female.

From Victim to Investigative Vigilante | Activist Tracy Shannon on The Dr J Show ep. 33. “She has studied what she calls the “neo-morality movement” for 20 years.” YouTube.

“Transgender ideology permeates our society today. From local school districts, abortion clinics, high school sports, therapists, and even to the presidency, transgender activists are busy pushing this core tenet of the Sexual Revolution. But in their wake lie children permanently scarred from surgeries, grown men and women bearing the psychological burdens of hormonal therapy, and abuse victims being affirmed in their dysphoria instead of being helped or treated.”

Arlington Parent Coalition: “Research cited by transgender activists in support of their ideology has proven to be flawed, inaccurate, or downright deceptive…When one digs into the research and researchers cited by transgender activists, such as the 27 doctors behind the task force that wrote the American Academy of Pediatrics statement that supports gender affirmation, one inevitably finds that the writers have financial incentive to drive children to gender clinics for transition. In the AAP statement, for example, the committee chair and the head consultant both work for gender clinics.”

The Medical Harms of Hormonal and Surgical Interventions for Gender Dysphoric Children.

Dr. Michelle Cretella on Transgenderism: A Mental Illness is Not a Civil Right. TFP Student Action. REMOVED FROM YOUTUBE.

“When Harry Became Sally: Responding to the Transgender Moment,” a book by Ryan T. Anderson, Ph.D. Banned by Amazon.

What kind of a society gladly cuts off healthy breasts and genitals of teens in the name of transgenderism, a nonscientific theory? A sick society.