What new abortion bans mean for the youngest patients 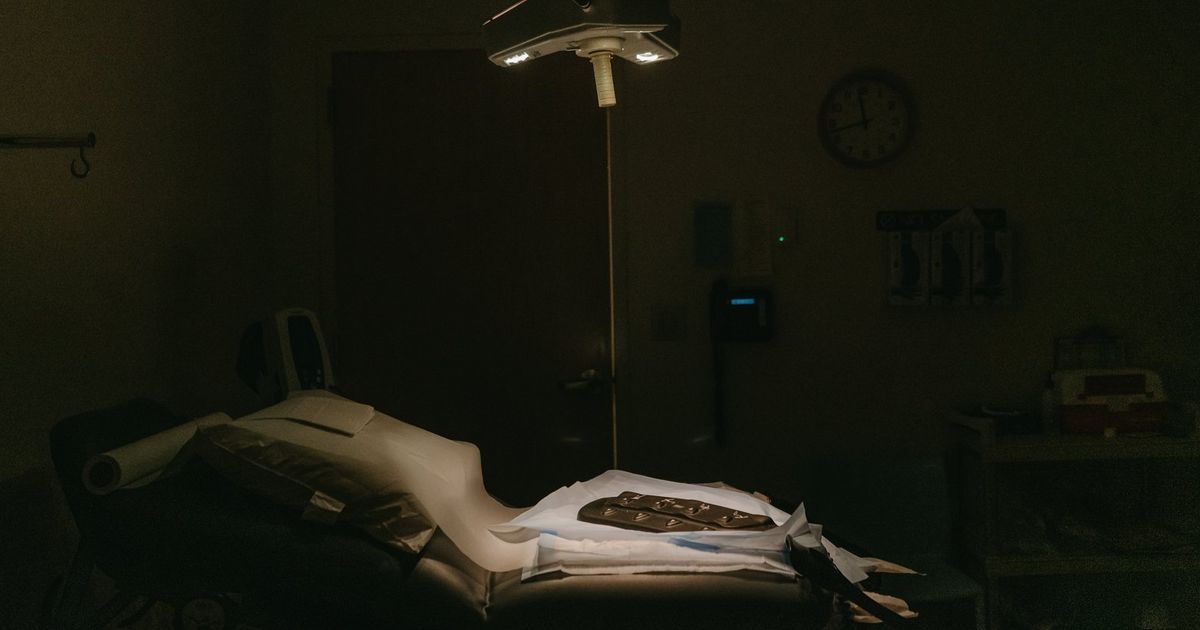 She was just 10 years old, so young that many people were horrified when they heard it, and others refused to believe it. But the ordeal of the child rape victim in Ohio who had to cross state lines for an abortion, and the ugly political fight that followed, have highlighted two uncomfortable facts: Such pregnancies are not as rare as people think, and new abortion bans are likely to have a pronounced impact on the youngest pregnant girls.

New bans in nearly a dozen states do not make exceptions for rape or incest, leaving young adolescents — already among the most restricted in their abortion options — with less access to the procedure. Even in states with exemptions for rape and incest, requirements involving police reports and parental consent can be prohibitive for children and teenagers.

“The situation out of Ohio is in no way unique,” said Katie McHugh, an OB-GYN in Indiana and board member of the group Physicians for Reproductive Health, which favors abortion rights. “This is a situation that every abortion provider has seen before.”

The number of pregnancies in the United States among girls younger than 15 has fallen sharply in recent decades with greater access to contraception and a drop in adolescent sexual activity. But state and federal data suggest there are still thousands of such cases each year. And nearly half of these pregnancies end in abortions, according to the Guttmacher Institute, which supports abortion rights and surveys clinics regularly.

In 2017, the last year for which data was available, the institute concluded there were 4,460 pregnancies among girls younger than 15, with about 44% ending in abortion. In Ohio alone, 52 girls younger than 15 received an abortion in 2020 — an average of one every week, according to the state Department of Health.

It is unclear how often these pregnancies are the result of incest or rape. Children in this age group are generally below the age of sexual consent, although sexual contact between two similar-aged young teenagers is not always considered a crime. And some states allow children to marry with parental permission.

More on abortion, law and politics

In Ohio, sex with a person younger than 13 is a first-degree felony. Abortion is now banned in the state after about six weeks of pregnancy, with no exceptions for rape or incest.

The startling age of the Ohio rape victim helped propel doubt over her story, which quickly morphed into a political firestorm after it was reported in The Indianapolis Star. Abortion rights advocates and President Joe Biden pointed to the girl’s experience as the tragic consequence of abortion bans. Conservatives questioned whether the child existed, and even the Ohio attorney general initially said he found no evidence of such a victim.

Those questions were quelled when a 27-year-old man was charged in the child’s rape, and records showed that the doctor who provided the abortion in Indiana reported it to the state.

That doctor, Caitlin Bernard, later tweeted, “My heart breaks for all survivors of sexual assault and abuse. I am so sad that our country is failing them when they need us most.”

Lauren Ralph, a public health researcher at the University of California, San Francisco, said her research shows that adolescents who seek abortion tend to be firm in their choice but face barriers such as lack of transportation, and parental notification and consent laws, which exist in the majority of states. Minors who seek to avoid parental notification, such as in the case of incest or when a parent would seek to compel pregnancy, are often required to file a police report or appear before a judge.

Those are high and sometimes impossible bars to clear, experts said, especially for individuals without legal assistance, and young victims who may have been hurt by the adults closest to them.

In Oklahoma, a law that bans nearly all abortions makes exceptions for cases of rape or incest but only if those crimes have been reported to law enforcement.

As for the 10-year-old in Ohio, “It’s horrific, what happened there,” she said. “But even more horrific is taking the life of another child.”

Spearman said laws should not cater to worst-case scenarios.

“Laws should be made for the general, and that is an incredibly rare instance,” she said.

It is not uncommon for some anti-abortion lawmakers and organizations to oppose rape exceptions to abortion bans, sometimes even in the case of child victims. In a statement praising the arrest of a 27-year-old suspect in the Ohio case, Ohio Right to Life expressed concern for the young girl and her family but called her abortion a “Band-Aid solution” that “only added to the pain and violence perpetuated against her. The victim deserved better.”

Kristan Hawkins, president of Students for Life of America, said, “The violence of rape will not be cured by the violence of abortion. The love and support that this child needs will be ongoing, not momentary.”

In Madison, Wisconsin, Jennifer Ginsburg, executive director of the Safe Harbor Child Advocacy Center, said she was saddened but unsurprised to hear the story of the Ohio victim.

Just a few months earlier, her center, which works with victims of child abuse, had referred a 10-year-old girl, impregnated by her stepfather, for an abortion at Planned Parenthood.

Ginsburg and her team provide counseling and support for young abuse victims and their family members, while also ensuring that any forensic evaluations conducted for police investigations do not compound a child’s trauma. If a victim wanted an abortion, the center would help connect them to nearby providers.

But shortly after the Supreme Court overturned Roe, doctors in Wisconsin halted abortion services. Gov. Tony Evers, a Democrat, is battling the Republican-led Legislature over the validity of a century-old law that criminalizes nearly all abortions, including those that are the result of rape and incest. Evers and his attorney general have filed a lawsuit in an attempt to block the ban.

Ginsburg said Safe Harbor was not waiting for the results of the governor’s suit. She was planning with other local organizations to assist young victims in traveling out of state for an abortion — a plan that advocates are increasingly turning toward as more states outlaw the procedure.

“How are we going to help the pregnant kids?” she asked.

Victoria Beckham shares a sweet snap of David as he gives daughter Harper, 11, a cuddle in Croatia

Putin’s doom: Russia expert Mark Galeotti on how a once-feared leader threw it…

What the West should learn from the protests in Iran

These flying 3D printer drones inspired by bees can fix…