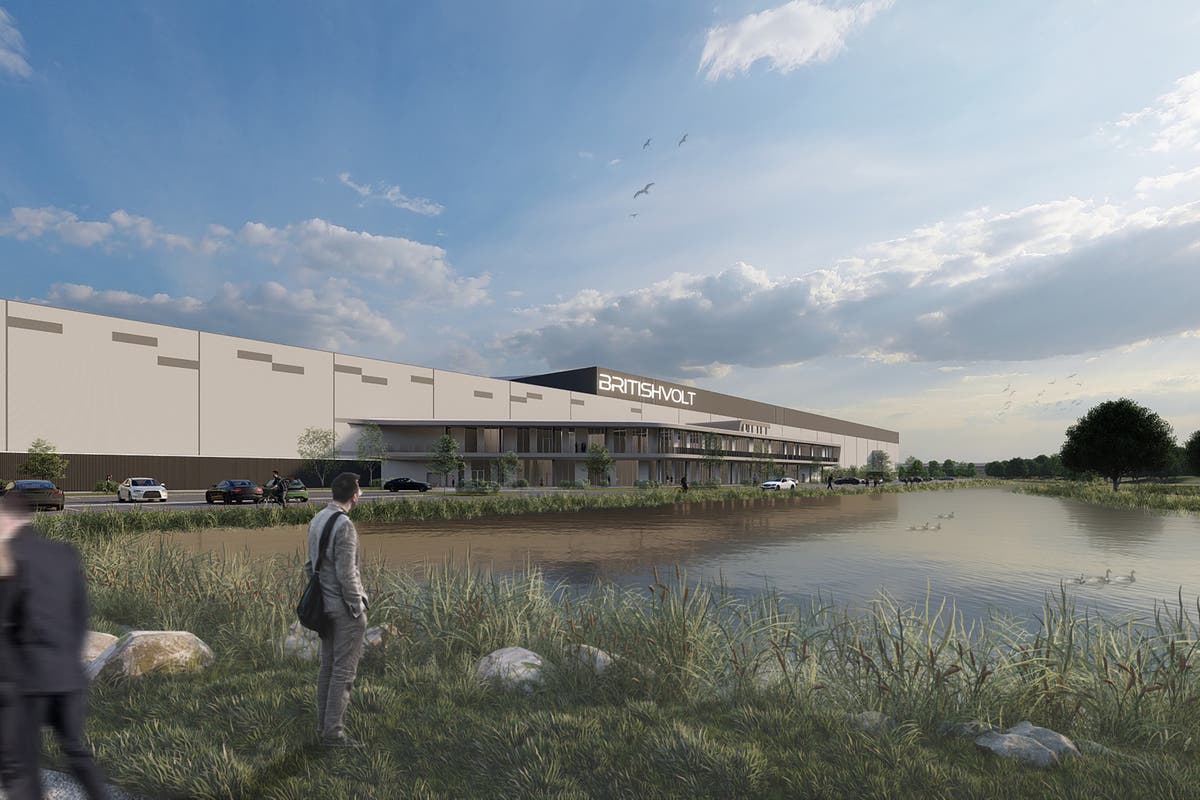 ritishvolt has collapsed into administration, dashing plans for a new multibillion-pound factory in the north-east of England, which was meant to bring thousands of jobs to the area.

The company had been promising to build a new so-called gigafactory which would produce batteries for electric cars.

But the project ran into serious difficulties months ago as it started to run out of cash before it had even cleared the site in preparation for construction.

But what is the story of Britishvolt, what had it promised, and what happens now?

– What is a gigafactory?

As the world transitions from petrol and diesel cars to electric vehicles it is going to need millions of batteries to power them.

The word gigafactory was first developed by electric car maker Tesla to describe a massive factory which manufactures batteries.

According to the Faraday Institution, a research institute in Oxfordshire, the UK will need 10 gigafactories by 2040, which could support 270,000 jobs.

– What were Britishvolt’s plans?

Britishvolt hoped to open the first gigafactory in the UK. It had selected a site in Cambois, a former coal mining village near Blyth in the north-east of England.

The promises were impressive. Ministers swooned over plans for 3,000 jobs in the region, the billions of pounds of investment that this would bring, and the ability to produce batteries to supply the British car-making industry.

And the company’s plans were also physically grand. The new factory was going to be the UK’s fourth-largest building, and one of the top 20 in the world.

– Who was behind Britishvolt?

The company’s name was an apparent nod to Northvolt, a Swedish start-up which has successfully set up a battery factory in the country.

One of them, Lars Carlstrom – also a Swede – left the business in December 2020 after a historical tax fraud conviction was unearthed by the PA news agency.

Not very. The business managed to buy the site of a former power plant in Cambois in April 2021 and has received planning permission for the factory.

Images from the site, including drone footage taken by a local enthusiast, show that the company broke ground and put up fencing around the area. But it did not get very far before work had to be paused in August last year.

Britishvolt simply could not raise enough cash to keep going. The company had been promised £100 million in Government funding.

But to protect taxpayers in the event that Britishvolt failed, that money was only available if the company met certain milestones, which it never did.

In recent months the business has tried to find enough cash from private investors to stay above water, including mining giant Glencore. But its efforts fell short.

For the company itself, it is curtains. Administrators at consultancy EY will try to sell off the intellectual and physical property Britishvolt owns and raise as much money as possible to pay off its debts.

Administrators said the future of the site in Cambois – bought for £4.8 million in April 2021 – would depend on whether others are interested in buying the land.

The company’s other assets are modest, but administrators will see how much they can raise.

– What will it mean for the local community?

It is immediately going to be bad news. Around 300 people were employed by Britishvolt and most of them have already lost their jobs.

In the long term it might open up the site to a developer which is able to raise enough cash to go ahead with the investment, which could benefit locals and the British car industry alike.

CALIFORNIA MASSACRE: ‘What kind of monster would do this?’

Flybe: What are passengers’ rights when flights are cancelled by a bankrupt…